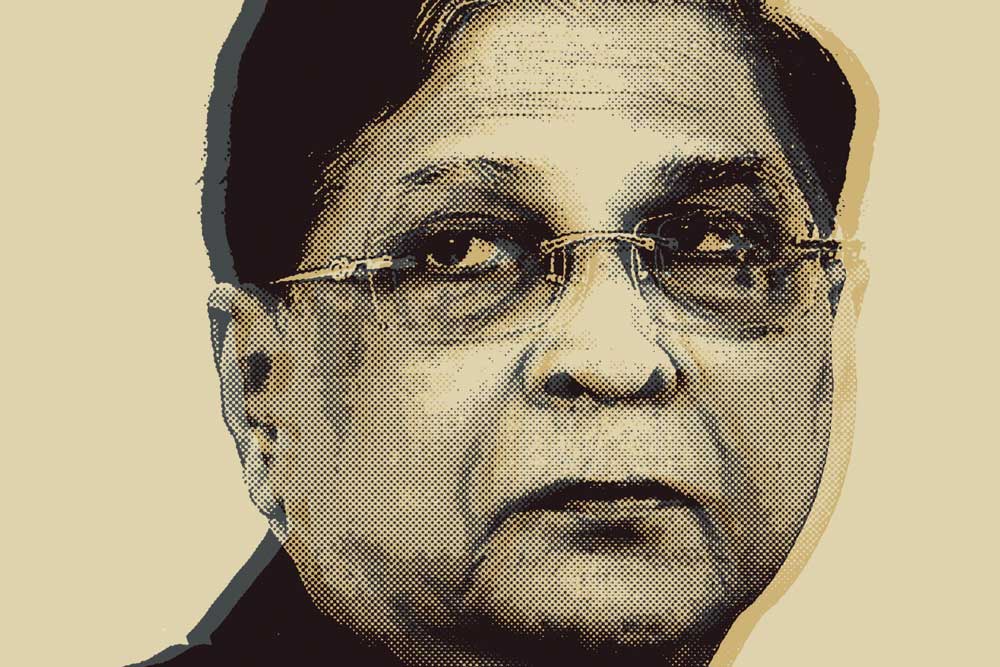 SELDOM HAS A Chief Justice of India (CJI) courted controversy as has the 45th incumbent, Justice Dipak Misra. From a failed attempt at his removal to a near revolt by his senior colleagues and many other points of contention, Justice Misra’s term—which ends on October 2nd—was one of the most unusual ones in India’s judicial history. These events were as much about the personality of the CJI as about the nature of the judicial system in India.

Less than five months after taking the reins of India’s judiciary, four of his senior colleagues held an unprecedented press conference where Justice J Chelameswar, the second seniormost judge of the Supreme Court, made the extraordinary claim that “Unless this institution is preserved, democracy will not survive in this country.” In the end, the matter was about the unhappiness of the four judges on how cases were allotted by the CJI, though this was not spelt out unambiguously. But that was enough for a political class looking to fish in troubled waters. Just over three months later, on April 20th, 64 Members of Parliament submitted a notice for the removal of Justice Misra to Rajya Sabha Chairman M Venkaiah Naidu. Three swift days later, Naidu dismissed the notice. It was a wise decision, as the allegations against the CJI were weak to the point of being perfunctory. But a political point had been made. The impeachment controversy and the claims and counterclaims after that press conference by four judges continue to reverberate even now, just weeks before Justice Misra demits office.

So how should Justice Misra’s tenure as CJI be interpreted? Two aspects mark his term out in comparison with that of his predecessors. One, the slew of controversies that dogged him while he held the highest judicial office; and two, the intensely personal nature of these, even though they were matters of either judicial interpretation or the judiciary’s relationship with the executive.

There is nothing unusual about judges attracting controversy. During the tenure of many CJIs, there have been heated arguments over a judgment here or an interpretation there. Then there are judges who have remained ‘in the news’ after demitting office. To cite an example, Justice K Subba Rao—the ninth CJI—contested a presidential poll soon after his term ended in 1967. By the standards of his day, that decision was controversial. It is the nature of these controversies that they are products of their time—for what was unacceptable in one age often becomes usual in another. The converse is possible, too, as Justice Misra’s example demonstrates.

In Justice Misra’s time, the great controversy was his alleged acquiescence to the executive. The expression ‘acquiescence’ is too strong to be used for the head of India’s judiciary; a term that describes respect for the boundaries that demarcate the executive from the judiciary would be more appropriate. In the US and other countries with settled judicial traditions, that term is ‘deference’, and it evokes no controversy there. But in India’s charged legal circumstances, the word ‘deference’ in itself is construed as suggesting a loss of judicial independence. Nothing could be farther from the truth.

What the 45th CJI did should be seen from the vantage of India’s judicial history and the perspective of judicial behaviour.

In N Radhakrishnan Vs Union of India, a bench led by Justice Misra rejected the demand for a ban on the Malayalam novel Meesha

From the time the Supreme Court was inaugurated after Independence—in 1950—until 1974, a period spanning almost a quarter century, the apex court exhibited considerable deference to the authority of the political branch. Laws were interpreted strictly by the traditional canon of interpretation. A famous example was the careful interpretation of Section 302 of the Indian Penal Code (IPC) by Justice Vivian Bose in 1958: textual and minimalist, it was the basic model of interpretation then. This period ended in 1974 with a judicially created doctrine that limited the legislature’s power to amend the Constitution. At that time, it was held as a safeguard to preserve democracy in India. As events two years later showed, this indeed was the case. In 1976, the Parliament, under duress, virtually rewrote the Constitution in a single constitutional amendment and in the process virtually obliterated the difference between Constituent and Legislative power. It was the closest that Indian democracy came to catastrophe. That dark era has never been seen again.

In the bargain, however, that phase unleashed a judicial spirit of a very different kind. From express limitations on legislative power (1974) to the first hints of judges having primacy in appointing fellow judges (1983), that period also saw an expansion of Fundamental Rights as determined by judicial interpretation. It was the age of heroic judges in the apex court. There were, of course, occasional blemishes. In ADM Jabalpur vs Shukla (1976), the Supreme Court caved in and failed to protect the most precious of Fundamental Rights. In Kanu Sanyal vs District Magistrate Darjeeling (1974), a celebrated liberal judge held that producing a detained person in court was not an essential feature of the writ of Habeas corpus.

That period came to a close roughly in 2000, when judicial activism began acquiring shades of judicial supremacy. In the half century or so after its inception, the Indian Supreme Court became ‘the most powerful judicial force on earth’ in the words of a historian. In May 2016, the court ordered a floor test in the Uttarakhand Assembly that was unprecedented in many ways. The court issued detailed instructions on the procedure by which voting was to take place, the mode of calculating the result, and even the person who would be in charge of these proceedings in the Assembly. By usual standards, this is a task for the legislature in question, which is ‘sovereign’ in these matters. Justice Misra was part of the bench that gave the ruling.

It is in this environment of an exceptionally powerful Supreme Court that Justice Misra took charge as CJI in August last year. On the surface, it was just another year, but it was hardly so. He inherited a lingering issue. After the National Judicial Appointments Commission (NJAC) was declared unconstitutional in October 2015, the court finalised the Memorandum of Procedure (MoP) for appointing judges in March 2017. This led to friction with the Union Government—which ‘acceded’ to the MoP rather reluctantly—over a number of appointments. In charting through this controversial issue, Justice Misra was careful: he acted strategically at times to ensure that the Court’s primacy in the appointments process was preserved to the fullest extent possible. His care and caution were interpreted as weakness in the charged legal atmosphere of the capital, where some activist lawyers thought of themselves as arbiters of what is right and what is wrong. The shrill debate in the weeks leading to the annulment of the NJAC Act—where all the Government sought was a representation of its nominee on the appointments council—was an example of lawyers assuming the mantle of propriety.

While Justice Misra’s record has consistently been in favour of expanding freedoms, he maintained a fine balance in the judiciary’s relationship with the executive

In this and other matters—including the one that involved the CJI having the final authority as ‘master of the roster’ to allocate cases among different benches of the Court—Justice Misra had to chart a treacherous course. On one side, he found himself in an ecosystem that interpreted judicial independence as open-ended adversarial relations with the executive. On the other, India now had the strongest government—in terms of legislative strength and absence of coalitional constraints— in many decades. Misra’s decisions and judgments are a product of his effort to chart a middle course.

THE AMERICAN LEGAL theorist Cass Sunstein has described judges as falling into four categories: Heroes, Minimalists, Soldiers and Mutes. Heroes prefer grand gestures about freedom and liberty. They often strike down laws that go against their idea of freedom. Minimalists, in contrast, prefer incremental changes and eschew grand pronouncements about the law. Their preferred mode is to decide cases on narrow legal grounds and avoid answering ‘big’ questions. Soldiers, in contrast to the other two, prefer to interpret the law very strictly—in many cases, by textual reading and seeking the ‘original’ intent of the framers. In sum, they tend to defer to the political branch. Mutes, as the name suggests, prefer silence. This is often for strategic reasons when judges of this persuasion feel that the time is not right for change—for example, on issues that are politically polarising and are best left for politicians to handle. But in many cases, Mutes also feel they do not have sufficient knowledge or expertise on an issue—for example, on national security—and hence it is best that they do not issue pronouncements on them.

From this perspective, Justice Misra comes closest to a combination of a Hero and a Soldier. In one recent case, N Radhakrishnan vs Union of India, a bench led by the CJI rejected the demand for a ban on the Malayalam novel Meesha. In an even more celebrated case, a bench led by him outlawed Section 377 of the IPC that criminalised homosexuality. In these, and many other cases, the CJI took an exceptionally liberal stance in expanding personal freedoms—the hallmark of Sunstein’s Heroes. Here, Justice Misra’s record has consistently been in favour of expanding freedom. But in contrast to the judicial side, in dealing with relative institutional balance between the court and the government, he came close to Soldier- like behaviour after a string of Heroes at the helm of the court.

It is this mixing of personality and the long-run evolution of India’s judiciary that has made his tenure volatile. Consider the facts. In the quarter century between the Kesavananda judgment and the year 2000, virtually all Fundamental Rights provided in the Constitution have been elaborated, expanded and cemented judicially. From preventing arbitrary detention to invalidating laws that encroach on freedoms in any substantive way (leaving aside terrorism and secessionism cases), the Court has come close to turning India in the direction of a Rechtsstaat. The key judgments of the 1970s (Kesavananda, Minerva Mills, among others) firmly pushed back the executive and the legislature. After that, the rest have been mere elaborations along these themes.

In structural terms, the contradiction faced by the legal ecosystem is that there is little left for Heroes to do. The demand for Heroes was most acute in 1970s. Judges like Krishna Iyer, PN Bhagwati and others were a response to those needs. Today, this demand is more or less artificial, even as the legal system continues to prize and oversupply Heroes. Any behaviour that seems too Soldierly or Mute-like is at best disliked and at worst considered a threat to judicial independence. The NJAC case is an exemplar of this attitude.

The trouble for Justice Misra was that he chose not to be a ‘full Hero’ and exercised careful discretion in other domains. The wrong-headed attempt to impeach him, the campaign against him and the behaviour of many in his court (during a hearing of the Ayodhya case, for example, when a counsel wanted the hearing to be postponed beyond July 2019) are part and parcel of all this. His crime, if such a term may be used here, was that he wanted to be a Soldier as well. The system simply would not let him do that.

The challenge Justice Misra has thrown is simple: what does it take to maintain the dignity of the judiciary in times of powerful governments? This is something that few, if any, of his recent predecessors had to face. Is it normal for a powerful judiciary to be always adversarial to the Government? Doesn’t the latter have an independent stake in the legal system? These are questions that his successors will grapple with, at least for some time. 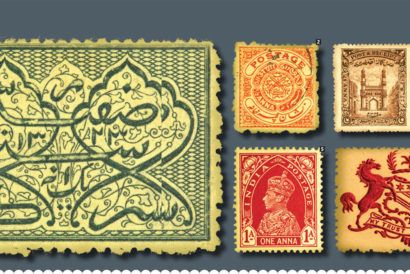