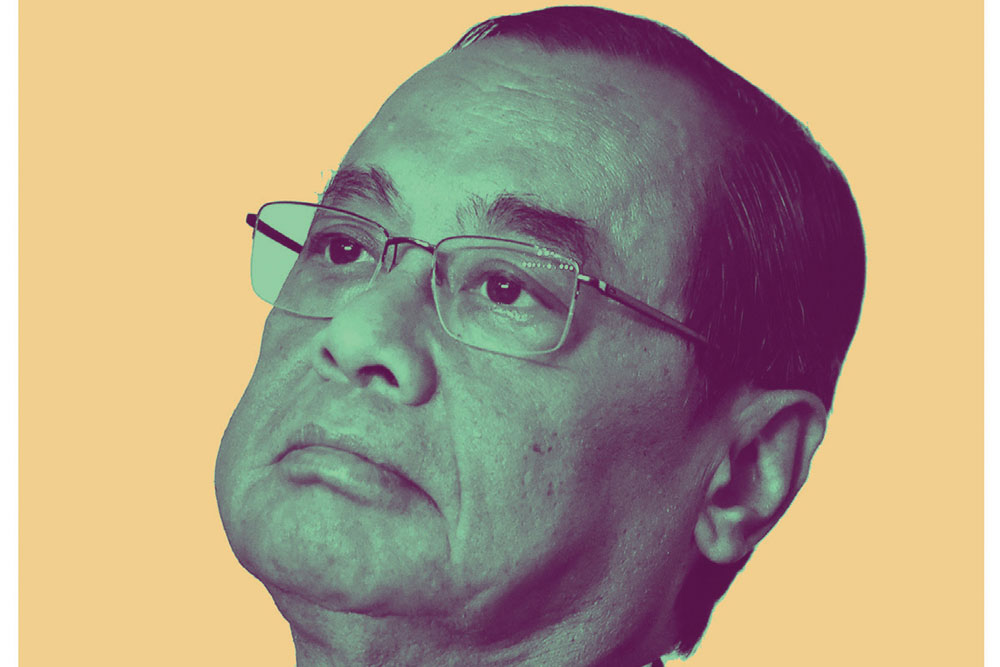 
DEBORAH OF THE shofetim was also a prophetess. In the lifetime of a judge, her words are weightier than those of most other women and men. There’s a difference between the lifetime and working life of a judge and her complete career need not be spent in a courtroom. Sometimes, judges do other things, if time and health and inclinations permit, when they are not judges anymore. Thus, the words of a judge tend to carry their weight beyond the courtroom.

Ranjan Gogoi, whose tenure as the 46th Chief Justice of India (CJI) ended on November 17th, 2019, is no stranger to controversy, whether in causing it or being at its receiving end, including charges of sexual harassment of which he was cleared. In accepting the nomination to Rajya Sabha, which he joined as a member on March 19th, Gogoi triggered the tongues of his detractors, which means a vocal and voluble host of former colleagues and opposition parties. But in the former judge’s own words: “My presence in Parliament would be an opportunity to underline the views of the judiciary before the legislature and vice-versa.” His operative phrase was ‘nation-building’, for which, he believes, the judiciary and the legislature must work together.

The son of a former Chief Minister of Assam, Keshab Chandra Gogoi, and Shanti Gogoi, a writer and social activist, Gogoi spent most of his career at the Gauhati High Court, having joined the bar in 1978. He was appointed Permanent Judge at Gauhati in 2001 and about a decade later, in 2010, transferred to the Punjab and Haryana High Court, of which he became the Chief Justice less than half-a-year later. In April 2012, he was elevated to a judge of the Supreme Court. But Gogoi had come to national attention long before the unprecedented press conference in January 2018 in which he, along with Justices Jasti Chelameswar, Madan Lokur and Kurian Joseph, expressed his displeasure at then CJI Dipak Misra’s assignment of cases.

In 2014, Justice Gogoi was on a two-member bench that asked the Centre and the Assam government to complete the process of updating the National Register of Citizens (NRC) within three years. Later, he would be on the bench monitoring the NRC exercise. Gogoi was also instrumental in the setting up of special courts to hear criminal cases against MPs and MLAs. A more colourful episode in his tenure as a Supreme Court judge was when he asked Justice (Retired) Markandey Katju to appear in person before the court. Katju had criticised the setting aside of the death sentence in Govindaswamy vs State Of Kerala by a Supreme Court bench that had included Justice Gogoi. In his blog, Katju had called it a ‘grave error’, one not expected of ‘judges who had been in the legal world for decades’. In November 2016, the Justice Gogoi-led bench issued a contempt notice to Katju, observing: “the statements made seem to be an attack on the Judges and not on the judgment”.

Reputedly a man of few words outside the court and with a passion for chess, inside, Gogoi built a reputation for probity and his incisive remarks. In 2017, he had told Sahara chief Subrata Roy, who had sought an extension for depositing Rs 600 crore: “We cannot be assembling every month for you to deposit meagre amounts.” In the NRC case pertaining to the objections of those not featuring in the register, he had said: “What assurance? Court only gives orders.” Just before his retirement, Gogoi had presided over four important cases: the Ayodhya verdict, the Sabarimala review plea, the Rafale review petition and the contempt case against Rahul Gandhi.

Gogoi is not the first retired judge in Parliament or in an important office Ranganath Misra had become a Rajya Sabha member on a Congress ticket after he had been CJI. Mohammad Hidayatullah became Vice President (and thus Rajya Sabha Chairman) after he had been CJI. P Sathasivam was appointed governor of Kerala in 2014 about four months after his retirement as CJI. These examples are not exhaustive, and a Rajya Sabha nomination is not the biggest deal retired judges have landed, although in the cases of Misra and Hidayatullah, the gap between retirement and new responsibility is cited by Gogoi’s critics. In the end, in the absence of a prohibitive law, or a circumscribed ‘cooling-off’ period, MP Gogoi will need to be judged hereafter on his words in the House. 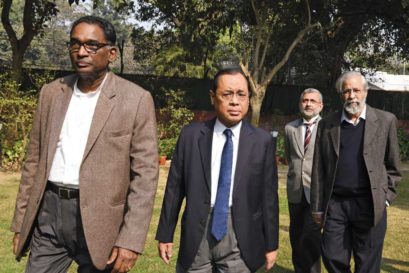