Why They Always Fight Over Portfolios

These leaders were not fighting for Cabinet minister rank. They wanted particular portfolios 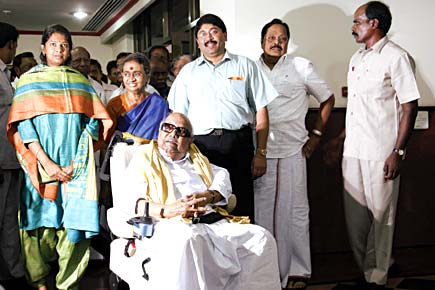 These leaders were not fighting for Cabinet minister rank. They wanted particular portfolios


Prime Minister Manmohan Singh has persuaded DMK chief M Karunanidhi to give up his claim over surface transport and shipping, telecommunications and environment ministries. Mamata Banerjee, however, could not be prised away from Railways. These leaders were not fighting for Cabinet minister rank. They wanted particular portfolios.

The question remains, what made these portfolios so important? Traditionally, home, finance, defence and external affairs were in demand. Today it is ministries with great potential for expansion and private participation that are coveted.

Obviously, times have changed. So have the intentions of parties that form ruling coalitions. These ministries also offer immense opportunities for kickbacks through contracts, sanctions and helpful policymaking. For politicians or political parties that are on a collection spree, these are too lucrative to let go easily. The Ministry of Railways—it is widely believed—is one that provides ample scope to disburse patronage. Lalu Prasad used this advantage to the hilt. And Mamata Banerjee has already embarked upon her plans to use Railways in her campaign against the Left regime in West Bengal, ahead of the Assembly election in 2011.

The telecom ministry has already been thoroughly maligned. Nobody has forgotten former Telecom Minister Sukh Ram, who was found guilty in a scam where a contract for telecom equipment was awarded to a private firm. Later ministers were alleged to have kept the tradition alive. A Raja, the DMK leader and telecom minister in the previous UPA regime, was accused of a scam over auctioning of licenses. The sum in question was Rs 60,000 crore.

Political observers agree that the environment ministry is no less attractive. It has become powerful because of its emergence as a super-licensing body. It has the right to veto or okay various projects, including those related to mining. Interestingly, the DMK has had the environment ministry ever since its days in the NDA. Later, when Karunanidhi shifted loyalty to the UPA, the ministry passed from TR Baalu to A Raja to S Reghupathy. The surface transport and shipping ministry is another plum portfolio with the DMK. It was high on the party’s wish list this time too. This despite Balu, the previous minister, not meeting the target for most highway projects. Frequent top-level changes at the National Highway Authority of India, ordered by Baalu, led to the slowdown, some say.