Why the Coast was Clear

How the LeT men simply bribed their way in. 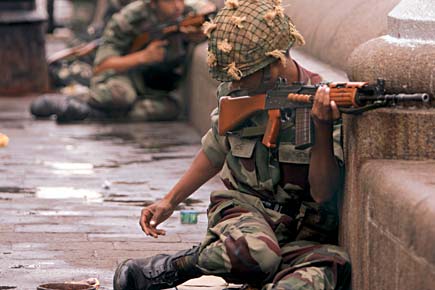 How the LeT men simply bribed their way in through the Arabian Sea.

Abdul Majid and Mohammed Jameel from Karachi, both Lashkar-e-Toiba (LeT) operatives in their twenties, are being questioned. The two were picked up from Thanamandi in Rajouri two days ago along with two local militants.

As they begin to chart out the details of their journey to the insurgency-ridden state of Jammu and Kashmir, officers of Jammu Police, the military intelligence and the Intelligence Bureau are stunned. The two reveal that they came into India along with six others by sea. They were caught off the coast of Maharashtra by the Indian Coast Guard but managed to squeeze out easily, after paying Rs 10 lakh as bribe to the coast guard officials.

Six terrorists stayed back in Diu while Majid and Jameel came to Rajouri. Officials also get a glimpse of the network that backs the LeT operatives: the two were assisted on their journey by six guides arranged by the LeT. They travelled from Diu to Mumbai, and then to Rajouri via New Delhi and Chandigarh.

SP Vaid, Inspector-General of the J&K police, who was the highest ranking police officer present at the interrogation centre, confirms that Majid and Jameel had not only infiltrated into Jammu through the sea route but were also carrying voter I-cards issued by the Election Commission of India at the time of arrest. The two were not on the police radar but were caught because they were moving around with two local militants.

What Vaid goes on to say is even more shocking. The information of the arrest was passed on to the Indian Coast Guard, but they never got back for details. “Since we do not write directly to the Coast Guard, the information was shared with the Intelligence Bureau and they in turn informed the other agency,” he says. What came of it is not known. “We have no follow-up mechanism and we did not interfere in the other agency’s work,” Vaid says.

Sources reveal the Coast Guard did not inquire into the incident. No one knows where the six LeT terrorists who stayed on are. Intelligence agencies are beginning to put together the pieces of information they have had all along. Among other things, they are investigating why the Global Positioning System of the trawler Kuber, which the terrorists used, was set to Diu.