The Talks That Almost Were

A top Maoist ideologue has revealed how Congress General Secretary Digvijaya Singh had tried opening a secret backdoor channel with the CPI (Maoist). Did it have the approval of the party High Command? 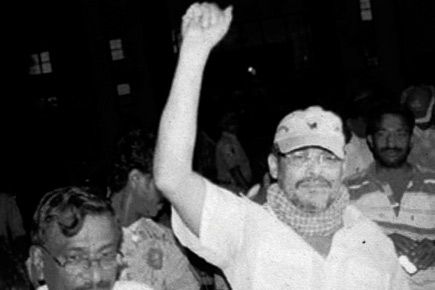 Congress General Secretary Digvijaya Singh tried opening a secret backdoor channel with the Maoists. Did it have the approval of the party High Command?


On 23 April, Union Home Minister P Chidambaram arrived at a meeting of the Consultative Committee of Home Affairs on left wing extremism, attended by Members of Parliament (MPs) from both the Rajya and Lok Sabha. The minister expected it to be a routine meeting. After all, after the recent Dantewada ambush on CRPF personnel, the main opposition Bharatiya Janata Party (BJP) appeared keener to support him on the Maoist issue than many of his own party members.

But no sooner had the meeting begun, than Chidambaram was beset with severe criticism on his military response to the armed Maoist insurgency from senior Congress leader and MP from Andhra Pradesh K Keshava Rao. Quoting Nehru, Rao reportedly demanded that “larger issues” be taken into account.

Earlier, speaking in the Rajya Sabha during a debate on the Dantewada incident, Rao had also referred to Rahul Gandhi’s statement that government policy in general was also partly to blame for the expansion in Maoist influence.

Keshava Rao is firmly part of the chorus of Congress voices that differ with Chidambaram’s methods in dealing with Maoists. In the past, senior leaders like Digvijaya Singh, Ajit Jogi and Mani Shankar Aiyar have been no less candid about their disagreement with the Home Ministry’s policy.

But it would seem that their dissent was restricted to an occasional statement or newspaper column. Not quite so, as Open has now learnt from a top Maoist ideologue. According to him, since August 2009, Digvijaya Singh has made serious attempts to open a backdoor channel of communication with Maoists.

Ironically, that was the very month last year that the Union Government was busy drawing up plans for a long-drawn battle against Maoists. It was in August 2009 that the start of the second phase of joint military operations against Maoists in West Bengal’s Lalgarh area was announced; in Chhattisgarh, 13 policemen were dismissed for refusing to fight Maoists; and at a meeting called by Chidambaram of seven Maoist-affected states’ chief ministers, it was decided that a major offensive be launched in Jharkhand under the direct supervision of the Home Ministry and coordinated by senior Indian Army officers.

Speaking from the Red Fort on 15 August, Prime Minister Manmohan Singh also underlined New Delhi’s will to wipe out Maoism militarily: “The Central Government will redouble its efforts to deal with Naxalite activities. We will extend all help to the state governments to make their police force more effective. Central forces will be provided wherever they are needed.”

In media interviews at the time, Home Minister Chidambaram would deny the existence of any anti-Naxal offensive called Operation Green Hunt, terming it a figment of media imagination. But it soon became clear that a large-scale deployment of paramilitary forces was indeed taking place across India’s Maoist-affected states. It was widely reported in the media.

MEANWHILE, OFF YOUR SCREEN

There was a lot more happening than was reported at the time. Away from the humdrum of boots and barracks, a Hyderabad-based Congress leader arrived at a jail in Andhra Pradesh’s Warangal district. He was there to meet a senior Maoist leader, Tusharkant Bhattacharya, who had been brought there to face trial in a 33-year-old case known in the history of the Maoist struggle as the ‘Tappalpur raid’. This refers to a 1976 series of attacks on landlords in the Adilabad and Karimnagar districts of Andhra Pradesh that sent them fleeing; many were killed, including a notorious landlord and former MLA, Venkata Pithambar Rao. Among the 16 accused in the case were Konadapalli Seetaramaiah, founder of the People’s War Group, Mupalla Laxman Rao (alias Ganapathi), current supreme commander of the CPI (Maoist), and Tusharkant Bhattacharya, the Maoist ideologue.

According to Tusharkant, he had left the Maoist movement in the late 1990s and was leading a normal life, when, in September 2007, he was arrested in Patna—on a series of charges, though he was eventually put in the dock for the Tappalpur raid. That is how he was in prison when the Congress leader arrived to meet him. According to Tusharkant, the politician told him that Digvijaya Singh was keen to initiate a dialogue with the Maoist leadership.

Tusharkant had been a college friend of the Congress leader, Ranga Reddy—who is close to the Congress General Secretary, according to sources. The old friendship made broaching the issue easier, but not much else. Tusharkant says he made it clear on behalf of the CPI (Maoist) that it would not hold talks with either Manmohan Singh or Chidambaram, since the party considered them ‘bureaucrats’. “We said we are only willing to talk with mass leaders like Digvijaya Singh,” says Tusharkant. The secret plan, he confides, was to shift him from jail to a leading hospital in Hyderabad where Digvijaya Singh would slip in for a furtive meeting without the risk of popular detection or a news leak.

But, as luck would have it, Andhra Chief Minister YSR died in a helicopter crash not long after, and the plan was shelved. Meanwhile, Tusharkant Bhattacharya was acquitted of all charges in the Tappalpur case and released in November. But Ranga Reddy stayed in touch.

It was later that Maoists announced their assent to a dialogue—if the Government would release all their ailing Maoist cadres from jail, send all anti-Naxal forces back to their barracks, and cancel (or suspend at the very least) all MoUs signed with Big Business since the UPA came to power in May 2004. Maoist sources say that Digvijaya Singh had agreed to take these terms up with the Centre. He had even sent his personal mobile number and email ID to Tusharkant to enable direct contact.

But before this could happen, Tusharkant was arrested once again in Hyderabad this January, this time round under the more stringent UAPA, for making an inflammatory speech after his release from jail. “What I said then is being said by activists all over the country against Operation Green Hunt,” he says, “and yet, they arrested me.” His mobile phone, with Digvijaya Singh’s number in memory, was seized as well.

Digvijaya Singh has been getting increasingly vocal with his views, lately. The day after his recent newspaper column, accusing Chidambaram of ‘intellectual arrogance’, created a stir within the Congress, Open sent the party general secretary a questionnaire. We asked him:

»Whether he could confirm his planned meeting with Tusharkant Bhattacharya

»Whether, in the wake of the controversy over his newspaper column, he would still advocate that talks be initiated with Maoists

»Whether he was willing to use his contacts to bring the Maoist leadership to the negotiating table.

Digvijaya Singh sent a curt reply. ‘The answer to all the above is No,’ he wrote.

When Open contacted Ranga Reddy, he would not pick up his phone or answer messages. Finally, after a series of messages were sent through individuals, he spoke. Reddy declined to comment on whether he was trying to set up a meeting between Digvijaya Singh and Maoist leaders. “I cannot comment on this,” he said. But he added that he was also involved in the 2004 talks between the Andhra Pradesh government and Maoists. “I am a small leader in the party, so I don’t believe in coming to the forefront,” he said. But does he advocate talks between the Central Government and Maoists? “In our manifesto in Andhra Pradesh, we have said clearly that it (the Maoist issue) is a socio-economic problem. There is no question of deviating from it,” he replied.

Sources believe that had the channel become operational, such talks could have been path-breaking, since Digvijaya Singh is considered close to Rahul Gandhi. Though there is no indication that Rahul or the Government was privy to Digvijaya Singh’s attempts, a great opportunity for a peaceful solution to the crisis has been lost. And, judging by the way Sonia Gandhi thumped her Lok Sabha desk in approval while Chidambaram spoke on the Dantewada incident, it seems that opportunity has been lost forever.