The Right to Disagree

What hope does a free exchange of ideas have in a litfest whose organisers themselves won’t stomach dissent? 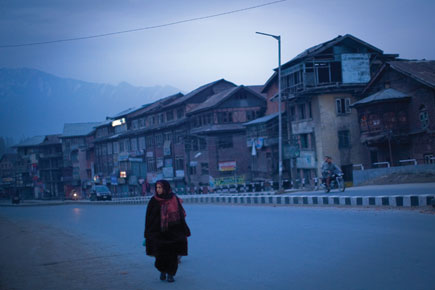 What hope does a free exchange of ideas have in a litfest whose organisers themselves won’t stomach dissent?


The political history and lived experience of Kashmiris pose a set of questions to the Indian State’s narrative of democracy in this embattled region, the most militarised zone in the world. Historically, this narrative has justified the absence or denial of freedoms to dissenting citizens, and even criminalised questioning of the State narrative. Democracy in all its meanings is thus subverted and silences are enforced upon the people.

The debate and controversy surrounding the announcement (and subsequent cancellation) of the Harud Literature Festival in Srinagar, described by its organisers as ‘apolitical’, has unfortunately been driven into the same paradigm.

A group of individuals from within and outside Kashmir, and including many Kashmiri authors, academics, journalists and artists, raised some concerns about the festival, and in an open letter, asked questions of its organisers. (I was one of the signatories.) The letter was an express call for transparency.

Among the questions the open letter raised was an apprehension that holding such a festival in an extremely militarised space, where the absence of fundamental freedoms is a norm, would contribute to the State narrative that everything is ‘normal’ in Kashmir. Such apprehensions become inevitable if its relationship (or otherwise) with the State is not made amply clear. Instead of allaying fears borne out by the general experience in Kashmir, the organisers responded by cancelling the event, and subsequently sought to demonise the more than 300 signatories of the open letter as holders of “extreme views in the name of free speech”, saying that they had “hijacked” the event.

These attributions had a painful resonance amongst a vast number of people in Kashmir, amongst those who have had to consistently deal with demonisation and misrepresentation. A place where a political protestor is routinely described by the state as a ‘miscreant’ and a political dissenter very often invites incarceration under the Public Safety Act—a law that allows the State to detain a dissenter for up to two years without any charges or trial. The organisers of the festival in the end also turned into critics of transparency, doing so by generating a negative discourse outside the realm of that draconian law. They hid behind their “concerns about possible violence during the festival” by dubbing what was a call for transparency a “movement to boycott the festival”.

This stance of the organisers amounts to a denial of agency, even if it were only to a small group of people who may exercise the right of choosing forums where they will or will not speak. Did the organisers mean that they represented the desires of everyone, as one report in The Hindu newspaper suggested? Did they want to block any possibility of anyone asking questions when the festival is held at a “calmer” time later?

A literature festival that cannot tolerate criticism and questions cannot be expected to create a space where free speech and artistic expression will illuminate dark political realities.

The festival was to be held at Delhi Public School, on the outskirts of Srinagar, run by a family known for its decades-long close association with the Congress party. The school recently hosted many matches of the Kashmir Premier League (KPL), a cricket tournament organised by the Indian Army in Kashmir. Despite the widespread criticism that its new ‘hearts and minds’ campaign received within Kashmir, there was no violence at any of the venues where KPL matches were played. Numerous conferences and other events organised by the government and NGOs are routinely held in Srinagar and other places in Kashmir, but never was any violence recorded at any venue.

If the reference to a possibility of violence had emerged from the anonymous Facebook protests against the rumoured participation of Salman Rushdie, it was rank dishonesty to club that with the contents of the open letter. When the organisers of a literary festival interpret questions about transparency as a threat of violence, and level unsubstantiated allegations of “hijacking” and “boycott”, their intentions of feeding into the Statist narrative are revealed. The literature festival then begins to look like an event in tune with a state that denies the all-encompassing political reality of Kashmir, and criminalises dissent.

From the beginning, the Harud Festival was marked by a lack of transparency. The rumour of Rushdie’s participation was first published in The Times of India, almost a month before the open letter was circulated. Instead of clarifying that Rushdie, the celebrated (and controversial) author of Kashmiri descent, was not invited to the festival, the organisers chose silence.

Responses to concerns raised in the open letter finally revealed a fissure between those who supported the event and those who were asking questions. Instead of engaging with dissent, those associated with the festival replaced it with a diatribe against those who called for transparency. The shameful, scurrilous, vituperative and self-righteous tone adopted by supporters of the festival also revealed a familiar neurosis. They were employing the same tropes of demonisation and delegitimisation generally used by the State against dissenters in Kashmir.

Holding literature festivals in conflict zones or countries that have a record of withholding freedoms from citizens has often been a controversial enterprise, like the Galle Festival in Sri Lanka. A number of globally prominent authors and artists boycotted Galle recently. Equally prominent writers chose to participate after painstakingly and passionately explaining their decisions. The tradition of debate and openness was held high. The Galle festival was not cancelled because of a heightened debate. The debate in the end highlighted with ever more force and clarity the conditions that were being protested by adherents of the boycott. That is where progressive change has a chance.

Boycott is politics, so is the tradition of raising questions in a democracy. The decision to take part in a controversial literary and artistic event is a writer’s or artist’s personal choice and personal politics. I wonder how the organisers of Harud would interpret it if Rushdie had actually been invited and had declined the invitation. Would he too be blamed of hijacking the festival or denying anyone a chance to meet with, interact with, and share stories with writers from outside Kashmir?

In the end, the sole valid reason for attending an event in a controversial context such as Kashmir is the argument that spaces—any space—can be utilised, and expanded. But in the opinion of the signatories of the open letter, in the absence of transparency, such a stand is politically self-defeating. I believe participation in Harud would have ended up affirming the locus standi of a state that has severely limited freedoms and spaces in the first place.

Organisers of the Harud Festival have expressed hope that the event would be re-energised when “calmer sense prevails”. When that happens, I hope there would be no room to imagine security threats, and that they would have no reason to leave questions unanswered and concerns unaddressed—even if those came from a smaller and less vocal minority. After all, in Kashmir, security threats as alibis are available in plenty, and any voice can be dismissed as that of a minority.

In the meantime, past many a false dawn of normalcy, like the arrival of hundreds of thousands of tourists and pilgrims, a Kashmiri young man winning a music contest, or another topping an examination for the Indian Administrative Service (IAS), a literature festival in Kashmir is indeed in progress. Young men and women are writing in English, Urdu and Kashmiri. They share their stories, depth of understanding and responses to their condition, and represent themselves unmindful of the grand televised and publicised platforms of corporate power.

In a piece titled ‘The Autumn of Hypocrisy’, (Open, 12 September 2011), staffer writer Rahul Pandita had taken up issue with those opposing Srinagar’s Harud Litfest. This piece is independent journalist Parvaiz Bukhari’s rejoinder