“The Ones Caught Will Brazen It Out”

As a writer-activist, Arundhati Roy has written about issues that mainstream media has largely shied away from. She has been targeted for her fiercely independent views on Kashmir, Maoists, the issue of displacement, and the nexus between politicians and corporates. In an interview with Open’s Rahul Pandita, Roy speaks her mind on the Radia tapes, calling it just “the top end of the problem”. 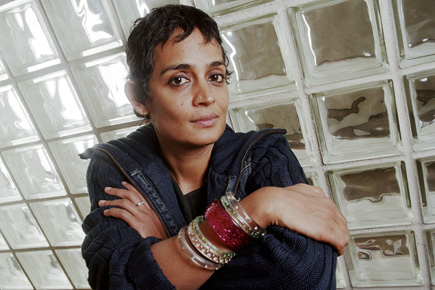 Arundhati Roy speaks her mind on Open’s X-Tapes exposé and the rot in media.


Arundhati Roy speaks her mind on Open’s X-Tapes exposé and the rot in media.

Q. When you went through the X-Tapes transcripts, what was the first thought that came to your mind?

A. Un-shock. Un-surprise. A wry smile perhaps. I was relieved that there were some mainstream media publications that were not completely compromised and were therefore able to publish the transcripts. I did think about the whole issue of the invasion of privacy—the surveillance state etc.—but in this case it looks as though these people’s ‘privacy’ was being used to pull off a scam on a scale that’s hard to comprehend…For those of us who know the score, it was like getting to actually see the dirty diary. For the innocents who ‘believed’, it’s disillusionment. It’s great stuff—like an X-ray or an MRI confirming a diagnosis.

Q. What do you think these tapes mean for our country that calls itself a democracy if this is how decisions are made?

A. Well, this is what some of us have been saying for so many years now. The state has been corporatised. It’s not just natural resources and infrastructure that’s been given over to them, it’s policy making itself. And when the sums of money involved are so huge, the major players can buy everyone—ministers, judges, editors, TV channels. Each of the institutions of this so-called democracy, the judiciary, the executive, the parliament and the media, is being hollowed out. Democracy doesn’t just mean elections—though even that has been suborned by corporate money. This series of scams is just a manifestation of a subcutaneous, systemic implosion. As a country we’re in deep trouble.

Q. The mainstream media has maintained complete silence over these conversations. How do you see that?

A. With un-shock and un-surprise. Obviously people have skeletons in their cupboards, rattling away…

Q. Do you think Indian media is free and independent? What do you make of this corporate-media nexus as is clear from the transcripts?

A. By the Indian media I’m assuming you mean the mainstream press and not the hundreds of little newspapers and pamphlets that disseminate news in small towns and villages—some of them are sharp and radical, fiercely independent. As far as the mainstream press is concerned, there are some great journalists around, and a few good journals and newspapers, but for the most part it’s been auctioned to the highest bidder. It’s a multi-tiered, structural problem—look at the economics of it. In the great free market, news is subsidised by advertisements. Money from corporate advertising constitutes the entire turnover of media houses. So how can we call the media free? How can we pretend to be surprised that corporates are calling the shots, designing the news? The Radia tapes are the top end of the problem. We had the scandal about ‘paid news’ which has died a quiet death, the Press Council of India has taken its own damning report off its website. Then you have the issue of conflict of interest—in which TV channels and media houses themselves have a direct business interest in areas they report from. Then you have the corporate-government-media nexus, which, to my mind, is the most sinister part of the whole thing. Most dangerous of all, you have newspapers and TV channels acting as the mouthpiece of the home ministry and the intelligence agencies—on Kashmir, on Maoists, on “Muslim terrorists”. Look at the lies they told on the Parliament Attack case, or in the case of Iftekhar Gilani—did one single journalist lose his or her job? No. One of the most blatant of them, Neeta Sharma, moved from Hindustan Times to NDTV, where she was allowed to re-showcase Afzal’s five-year-old custodial confession (as though it was a new scoop), even though the Supreme Court had set it aside as inadmissible in law. Nothing happened. In fact I hear she’s won some award or the other.

Right now the Pioneer is preening on stage because one of its reporters broke the Radia tapes story. He must be a good reporter—but the newspaper is one of the most ridiculous papers that we have. It has no hesitation publishing complete lies in banner headlines. Just before Mohammed Afzal was to be hanged, its editor published an article saying that he was the first terrorist to enter parliament and open fire and kill people. Nobody, not even the police chargesheet, said that. Afzal was nowhere near the scene. He was tried and convicted as an accomplice. The Supreme Court judgment said it had no evidence that he belonged to a terrorist group, but that it was sentencing him to death “in order to satisfy the collective conscience of society.” Who confects that collective conscience? The media.

Recently, after the controversial Delhi seminar on Kashmir, The Pioneer carried a screaming frontpage headline ‘Arundhati says Kashmir should secede from Nanga-Bhookha Hindustan’. In fact, in the seminar as well as in my essay ‘Azadi’, I had been severely critical of a slogan I heard on the streets of Srinagar that said “Nanga Bhookha Hindustan, Jaan se Pyaara Pakistan.” I said it was really sad that one set of victims of a vicious state was mocking another, victimised by that same state. Even though I clarified this, Chandan Mitra went to Kerala for a public meeting and repeated the lie and said I was more dangerous than a terrorist. The next is an equally false and ridiculous piece of shit, ‘Arundhati grabs adivasi land’—picked up by TV channels who have all gone coy about the Radia tapes and are so shy to name names. It’s OK to defame, stalk, falsely accuse anyone of anything—as long as they’re not journalists. The media is accountable to no one. It’s becoming more dangerous than any lynch mob.

Q. What is your reaction to the claims of the accused media persons (Barkha Dutt and Vir Sanghvi) that their conversations with Niira Radia were part of what they call “journalistic process”?

A. They’ve made it worse for themselves.

Q. How does it affect the coverage of real issues (issues like displacement) that you have been writing about or trying to draw attention to?

A. Obviously, when the media, or sections of the media, becomes a corporate boardroom bulletin, then the news is going to be what the Ambanis, or the Tatas, or whoever want it to be. We all know about the osmotic membrane that separates big business, media and government—but what’s going on now is way beyond that stodgy old story. It has gone viral. It’s an epidemic. We all know that nothing’s going to happen to anyone. The ones caught will brazen it out, and in no time at all will be back to preaching to us about corruption and so on. But people aren’t stupid. They’ll be watching naked anchors reading the news and writing columns.

When it comes to the real crisis facing India—massive displacement, massive poverty, massive malnutrition, a situation close to civil war—most of the media has no handle on it. It’s all treated as a question of spin, slant and sensation. The trouble is that the 800 million who are living on less than twenty rupees a day can’t be conned into feeling good about it. They’re living it. The spin, the slant, the scams—they’re all management techniques to head off crises. But the toxicity is building up like heavy metal in the system.

Q. What would you like to tell those mediapersons who have been named in this scam?