“The Neo-Middle Class has to be supported” 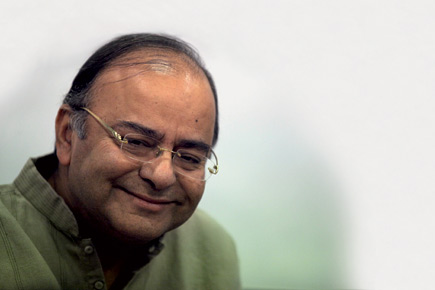 It was as if Arun Jaitley had been working all those ten years since the last NDA Government for this moment. As the architect of the Narendra Modi Government’s first Budget, the Finance Minister was aware of the enormity of public expectation, but it was not a time for flamboyant gestures; national interest demanded quiet pragmatism and a detailed map for modernisation. The message was in the detail, and Jaitley, a stickler for nuances, presented a budget where the big idea of India Rebooted was lost only on the instant pundits of airwaves. The whole exercise of making the first draft of growth was both exhaustive and exhausting for Jaitley. He has not yet recovered, but finds time for a conversation with Managing Editor PR RAMESH. Excerpts

What was the one big idea that propelled you while making the Budget?
My principal task in preparing the Budget was to restore the credibility of the economic decision-making process in India. The UPA saw lack of decision- making or the absence of decision-making. Absence of project clearances was the norm. It saw retrograde actions like retrospective taxation. Policy paralysis and tax terrorism became part of the vocabulary of Indian economic management. Growth rates had gone down, tax collection was low, manufacturing was nil. International investors were unwilling to invest. Domestic investors were trying to move out of the country. Now, credibility had to be established. We did it by smoothening the tax administration and clarifying our tax policy.

Opening up new areas of investment, giving clarity on the roadmap [for] infrastructure, manufacturing, real estate, townships, agriculture. These are the engines of growth. But at the same time, we did not compromise on our commitment to the middle-class or the poor. No Budget has given as much relief to the middle-class as mine did. I encouraged savings. All social sector schemes, with or without alterations, and new schemes are being maintained or re-established.

Do you think you managed to strike the right balance between national economic imperatives and your political objectives?
The Budget itself is growth oriented. It encourages economic activity. And yet, it accepts the daunting task of fiscal consolidation.

They call your budget a ‘right-wing budget’. Is that a compliment?
I would rather not get caught in dogmatic phrases. I am for enlarged economic activity that creates jobs and generates revenue. That revenue has also to be used for social sector and poverty alleviation schemes.

Several economists are of the view that you signalled a pro-investor and pro-business environment. However, they are a bit disappointed that you did not scrap the retroactive tax law. Your comments.
Well, I have given a cushion against the retrospective tax, creating new liabilities for the future. I have not used the legislative power of Parliament to nullify existing litigations. I thought that was the correct balance.

Do you think the Budget has managed to satisfy important sections that drive growth?
We want to encourage industry. We want to encourage business. India will grow only if the economy grows. I have been quite clear about it. But at the same time, I see no contradiction between being pro-business and being in favour of social sector spending.

A commentator suggested that your Budget is ‘social’ without being ‘socialistic’…
I have encouraged business and investment. But I have a social conscience. And here, the emphasis is on ensuring that the average citizen gets an opportunity to prosper. And here, our outlook differs radically with that of the Congress. The average citizen is not satisfied with mere entitlements. What he is looking for is opportunities. And the environment that the Congress created was stifling for the common man.

How different is this Budget from that of the Congress?
One, there is decisiveness. Two, there is clarity. Every step we take is in one direction—to encourage investment, economic activity and growth. Three, it resolves a large set of problems that the Congress has created. The uniform pattern is lower taxation and greater economic activity. It was never the Congress philosophy. It consciously seeks to support the aspirational class, the neo-middle-class and the middle class. There is a considerable amount of social sector spending.

Do you see the Government confronting trouble over hiking the FDI limit in defence?
It will not face any trouble. The sector needs large capital investment. It will not come to India with the current FDI limit. Larger FDI will make India a defence hub. There cannot be any quarrel with this, as we are currently accessing equipment completely from foreign companies. This will move production substantially into India.

How will other things pan out in the post- Budget phase?
The political class and my electoral constituency are quite supportive of the direction [taken by] the Budget. There are a lot of reforms that are carried out outside the Budget.

Such as labour reform…
I am not mentioning any. I think it is possible to move in the right direction with the support of the party and the people. The voices of opposition to this Budget are muted.

What is it that you enjoyed the most while preparing the Budget?
The interaction that you have with a large section of stakeholders brings diverse opinions, and it is a learning process. There are different layers— there is the larger public, there is the political class, Parliament, trade and industry, working class, columnists, and then there are studio commentators. Each one reacts differently.