The Agony of the Usual Suspects

After every terrorist attack, they are picked up by the police. They are inevitably Muslims, and there is rarely any outrage in India about such blatant communal profiling 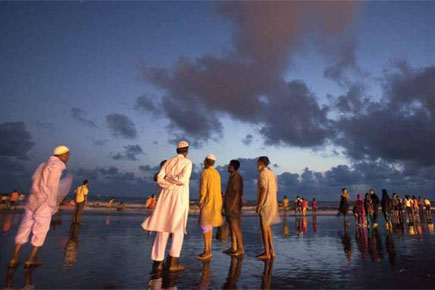 After every terrorist attack, they are picked up by the police. They are inevitably Muslims, and there is rarely any outrage in India about this profiling


“This time I was prepared. As expected, they came at 11.30 at night and let us off at 4 am.” That wasn’t the end of the drill. The following two days, Amanullah was summoned by two other police stations, corresponding to the manifold units handling all bomb blasts—the ATS, the Crime Branch and the local police station. On an earlier occasion, he’d even had to present himself before the anti-extortion cell.

Expectedly, the questions were the same. What were you doing on the day of the blasts? Had you gone to Cheetah Camp? Do you know anyone from the Indian Mujahideen? How many times have you been to Pakistan? Why does only your information come to us? Get your house documents.

Amanullah was ready with the answers and documents—the police didn’t bother about them. “The way they ask these questions makes you angry. They treat you like you’re the world’s biggest terrorist. But now I’ve decided I must remain calm. Can’t risk angering them.”

“Can’t risk angering them.” Those four loaded words sum up the feeling of impotent rage that engulfs all those Muslims summoned for questioning every time a blast takes place. The moment news of an explosion comes in, they tense up for the inevitable, the incessant ringing of the doorbell at the dead of night (“Once we kept the bell switched off; they almost broke the door with their lathis”); being whisked away in police vans with the whole neighbourhood watching; their wives lingering uncertainly outside the police station the next morning…

Who are these youngsters? Most of them were associated with the Students Islamic Movement of India (Simi) years ago, before it was banned in 2001. Some have cases pending against them since then; the trials have just begun. Now in their 30s, married, with kids, most of them are trying to run small businesses. Ironically, left to themselves, they would have been too busy to worry about larger issues of injustice. Now, the fear never leaves them that some day they may be implicated in some blast.

This fear prevents them from registering their shops in their own names (“Once they know your business is doing well, you’ve had it”); it even deters them from taking up a post in any social or political group (“Having ex-Simi members in the group isn’t the best advertisement for it”). After every such round-up, they tell themselves, ‘Never again will I be a readymade bakra for the police. I’ll approach some senior officer.’ Then friends advise them to let the hysteria over this blast pass… by the time that happens, the last person they want to meet is a cop.

Amid this darkness, help comes from unexpected quarters. More than any guarantees issued by elderly leaders of the Jamaat-e-Islami (it was Simi’s parent organisation; many of those who left Simi never left the Jamaat), what has mattered is the support of local Hindus. Not face-in-the-crowd Hindus either, but a childhood friend who ended up becoming a Shiv Sena office-bearer; a local BJP leader with whom they have business dealings; even a sympathetic policeman who knows these were just hot-headed youth misled into joining the wrong organisation. “One officer called me to his office the day before he was leaving the area on a promotion—to say he was sorry. He was given my name by an informer with a personal grudge against me. He said he’d realised this only after arresting me, when he went to verify [the claims against me] with the locals.” Another youngster got advice on how to deal with cops in future from the very policeman who’d first arrested him.

But these aren’t solutions. “There is no institutional structure if you want to fight for your rights,” says one of them. Well educated, well read, and well versed in the ways of the police ever since his cousin was declared an absconder, Bilal remembers having met many lawyers the first time his family members were picked up. “They told me: ‘You could file a habeas corpus petition, but you have to be prepared for the police producing them as the accused.’ What this means is: ‘You have to accept this injustice, so tell yourself, Yeh to hona hi thha humare saath (this was bound to happen to me).’ Now I don’t bother contacting a lawyer; we just ‘cooperate’. I often think about all the money spent on fighting these false cases—what if it had been spent educating our community?”

There needs to be greater respect for the truth, feels Bilal. “In the US,” he says, “President Clinton was impeached for lying under oath. Here, case after case has fallen apart because the evidence has been fabricated; in many of these cases, IPS officers have testified under oath, yet nothing has happened to them. There’s no accountability, and we call ourselves the world’s biggest democracy!”

The case against Fahim Ansari, accused along with India’s most hated terrorist, Ajmal Kasab, also fell apart because the judges found the evidence against him ‘doubtful’. Accused of having supplied maps of targets to Pakistani agents for the 26/11 Mumbai attack, Fahim was acquitted by the Special Sessions Court and later the High Court. Now, the Maharashtra government has gone in for an appeal to the Supreme Court. “Tell me, are we the kind who can afford to take the fight to the Supreme Court?” asks Fahim’s wife Yasmin. “If it were not for the Jamiat-e-Ulema supporting us right from the beginning, we’d have been ruined.” The envelope-making business Fahim was running for his brother was ruined anyway because customers stopped coming.

When Fahim eventually comes out of jail (in which he is for having attacked a CRPF camp in UP), Yasmin wonders whether anyone will give him a job. “The police asked for his remand four or five times, and only after that did they say that he had been found with a map. Shouldn’t the police let a man go when they have nothing against him? You have no one else, so you drag someone already in jail. Is that right?”

“Is the way that the police investigate bomb blasts right?” This question is raised again and again. Kaleem Shaik, the youngster whose conduct changed Swami Aseemanand’s heart in Hyderabad Jail (according to the Swami’s confession before two different magistrates), wonders why the police don’t keep their eyes open well enough to prevent blasts; why their investigations are never thorough; and why they must arrest innocents all so routinely.

Kaleem was acquitted in the Mecca Masjid blast case, but only after months of torture. The Swami’s confession ought to have made him a hero, but he found himself ostracised after his release. Denied admission to the medical college he was trying to join before his arrest, he now studies law at home. “There’s a kind of boycott in college,” he says. “Why blame them? Even my relatives avoided me. Only when the Swami confessed did they start visiting my family. My word,they did not believe; but they believed the Swami.” Has he thought of suing the police? “Who am I? They are big people, with big responsibilities.”

Every bomb blast destroys many innocent families: those whose members die in the blast for no fault of their own, and those whose members are picked up for it only because they once belonged to some organisation, or are followers of an orthodox sect (most suspects belong to the Ahl-e-Hadees). Had this wide sweep of arrests been even-handed, it may not have aroused such bitterness. Cases going back to the 1992-93 Mumbai riots are still being heard in courts. Like the ex-Simi members, many of the accused are former Shiv Sainiks, now middle-aged family men who rue having been swayed by the hatred of those days. But despite having criminal charges against them, they are not rounded up every time there is Hindu-Muslim tension. The Bajrang Dal has never been shy of calling itself the armed wing of the Vishwa Hindu Parishad (VHP). Then there is the obscure Hindu Rashtra Sena, which, at least in Maharashtra, brazenly propagates violence against Muslims and Christians. Members of these extremist groups are never questioned after a bomb blast, despite a dozen extremist Hindus, including some linked to the RSS, being in jail on charges of terrorism. Even RSS leader Indresh Kumar, whose name has come up in every blast that has targeted Muslims, has not yet been arrested.

“The police have a fixed bent of mind,” says Gulzar Azmi, secretary, Jamiat-e-Ulema, Maharashtra, which has provided legal aid to many of the blast accused. “We’ve discussed this with the government endlessly, in vain.” Farooq Mapkar, who was acquitted of charges 16 years after the 1992-93 riots (during which he was shot at inside a mosque), believes the police will change only after one of them is punished for arresting the wrong person. Asks Bilal, “Doesn’t the government realise that if they arrest five innocent men, 50 others who could vouch for their innocence lose faith in the system?”

Honestly, don’t the police care what this kind of investigation does to their credibility? Going by the targets chosen, the latest blasts may seem to have been carried out by a Muslim terror group. But try suggesting so to any Muslim who has ever been wrongly arrested… Unfortunately, false arrests keep rising. And they all say: “Whatever the police does has to be wrong.”

Some names have been changed on request