Jostling for the honour of being the NDA’s prime ministerial candidate has begun. And how 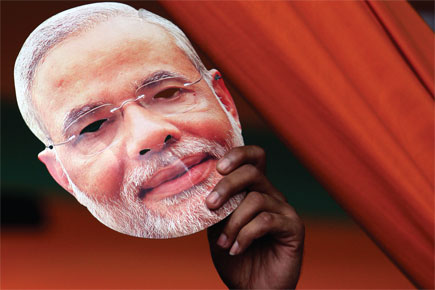 Jostling for the honour of being the NDA’s prime ministerial candidate has begun. And how


Last fortnight, around the time Gujarat’s BJP Chief Minister Narendra Modi was anxiously awaiting the Supreme Court verdict on the petition of murdered MP Ehsan Jafri’s wife Zakia, several hundred kilometres away, Bihar’s JD-U Chief Minister Nitish Kumar too hit the headlines. The government of Bihar had managed to seize a large house in Patna belonging to a bureaucrat accused of corruption and convert it into a primary school for Musahar children, who are among the most deprived of all Scheduled Castes. Taking over properties of the corrupt and starting schools there was a pre-poll promise that Nitish Kumar had made last year; it was an Assembly election that the National Democratic Alliance (NDA)—of which the Bharatiya Janata Party (BJP) and Janata Dal-United (JD-U) are members—won with such a thumping majority that Bihar is now seen as another NDA bastion, just like Gujarat.

Modi’s legal ‘triumph’ last fortnight may have taken up much more TV airtime and newsprint, thanks to the BJP’s battery of spin doctors, but the only success the NDA had scored was in Bihar. Nitish Kumar had the de jure aid of a court verdict based on a new law: the Bihar Special Courts Act, 2009, which allows the government to confiscate the property of a person accused of corruption during his/her trial. A special vigilance court had ordered the seizure of a Bailey Road house owned by former Minor Irrigation Secretary Shiv Shankar Verma. As soon as the Patna High Court upheld the order, and even as Verma moved the Supreme Court against it, the state government took control of the house on 4 September. Two days later, the cabinet decided to turn it over to the state’s Human Resources Development department. The state chose 8 September, Intern-

ational Literacy Day, to drive home the point. It asked the primary school at Rukanpura Musahari, run in a two-room shed in this Patna slum, to relocate to the upmarket three-storey building equipped with fans, lights, sanitary fittings and other things seen as luxuries by these kids. Bihar’s CM hovered discreetly in the background as all this happened, but the takeover was quickly dubbed a part of his dream for Bihar’s upliftment and riddance of corruption. Given the mood in India, it was a big gesture.

By contrast, Modi’s attempt to hail the Supreme Court order of 12 September as his victory, was just that—an attempt. All that the order did was make the Special Investigation Team, looking into charges against Modi in the Gulberg case of the 2002 Gujarat riots, accountable to a trial court where the case is still on.

Modi too chose a ‘relevant’ day, his own birthday, to begin a three-day fast and turn the event into a political show of strength that would help him pitch for the BJP’s PM candidacy in 2014. Modi tried to showcase his newfound friends across the religious spectrum in the state to prove that he has become more acceptable as a leader since 2002. In TV interviews, Modi said he had answered his critics with his record on development. Instead of Gujarati, he spoke in Hindi, as he told one interviewer, because he wanted to be heard across the country. “I have continued to serve six crore Gujaratis, and in doing that, I am serving the nation,” he told another.

Modi’s pitch for 2014 is unmistakable. On the face of it, his party colleagues—most seniors were present at some point or the other during his fast—appear equally gung-ho about it. But, as a BJP leader points out, that is merely because Modi’s ‘peace, unity and harmony’ mission stole attention away from octogenarian LK Advani’s rath yatra plan. Not many in the BJP, and certainly not in the RSS, want Advani as a PM probable. It could ruin the party’s chances again.

“Modi is certainly several notches ahead of the rest in the race. A formidable contender,” says a member of the BJP’s Election Reforms Committee, but he concedes there are several others. There are other chief ministers within the BJP’s fold who are doing just as well for the BJP as Modi in the Hindi heartland. Take, for instance, Madhya Pradesh CM Shivraj Singh Chouhan, who won a second term in 2008. “But, my hunch is the MP CM is happy staying in the state,” he says.

The question of the party’s or NDA’s face in the next election is far from settled. Sitting in Ahmedabad, Modi has used every symbol that he could muster to say, without speaking, that he is the party’s frontrunner. But, within the NDA fold, the JD-U has made its discomfort with Modi’s posture clear. The party stayed away from the fast, and its leaders such as party president Sharad Yadav seemed put off by it. “Why should the media expect us to be present at Modi’s programme; are we BJP allies or Modi’s allies? There is no alliance between the JD-U and BJP in Gujarat,” Vijay Kumar Chaudhary, Bihar’s water resources minister, considered close to Kumar, tells Open. “The BJP has said nothing officially about Modi being its prime ministerial candidate. It is all speculative. The JD-U believes that the BJP is entitled to declare its PM candidate, and we are entitled to declare our own stand then,” adds Chaudhary, by way of warning.

“The BJP is making an investment in Modi at this point of time because Advani is phasing out, and Modi is among the few leaders with a credible mass base,” reasons Surinder S Jodhka, professor at Jawaharlal Nehru University’s School of Social Sciences, “But if the party does come to power, Modi still won’t be easily acceptable. The corporate world praises him because they don’t want to position themselves as averse to Modi or the BJP in the event of a regime change. The American signal is also similar… that they are not against the BJP.” According to Jodhka, someone like Nitish would be a more acceptable leader of an alliance, especially if he sustains his turnaround of Bihar. “In the Anna Hazare movement,” he adds, “the middle-class showed that it wants to participate in politics even though it doesn’t want to follow the current methodology of doing that.”

Yet, the chief beneficiary of urban India’s current anti-corruption mood is likely to be a conventional politician, one whose appeal is wide rather than narrow. Here lies the catch for the BJP. Its choice of candidate will need to depend on the electoral arithmetic of the next election. If political realignments result in a third front for the next election, “a Nitish Kumar or Mayawati would have a better chance of leading an alliance, depending on how many seats their parties get”, Jodhka says. In a formation of non-Congress parties supported by the BJP or Left, Nitish Kumar stands a better chance than Mayawati. He is seen as tough on corruption and minority-friendly too, despite his party’s alliance with the BJP.

Says a BJP leader, reacting to the proposition that Bihar’s CM may emerge as a PM contender: “Nitish Kumar is the leader of only one state.” But then, the same can be said of Modi.