Sen and the Art of Development

Dr Binayak Sen completes two years in prison on 14 May. Since the case against him is not clear, how does one fight for his release? 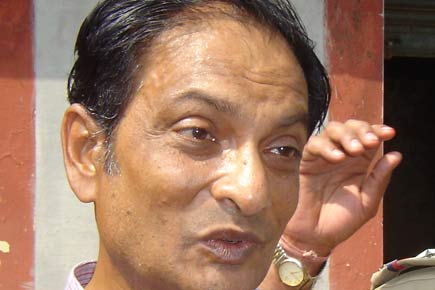 Dr Binayak Sen completes two years in prison on 14 May. But how does one fight for his release?


There is not much you can do these days without making a festival of it. The Free Binayak Sen campaign scheduled to peak on 14 May, when Dr Sen completes two years in Chhattisgarh Central Jail, is aiming to rally one million people online. Activists must hope that a few zeroes on the right side of any number will translate to Sen’s freedom. If only democracy were a matter of ciphers.

Again, there is not much you can say about Binayak Sen that is not already in the public domain. Sen is a doctor who decided early on to work among the poor in Chhattisgarh. He is the general secretary of the People’s Union of Civil Liberties. In this capacity, he campaigned for the rights of those who were victimised by the State, the police and Salwa Judum.

Salwa Judum, for the novice, is a ‘people’s movement’ funded and armed by the state government and aimed at resisting Naxal overtures. The resultant violence in Chhattisgarh has killed and mutilated thousands of humans.

Quite a few of those Sen helped turned out to be Naxals or Naxal sympathisers. This is perhaps natural in a state where tribals and scheduled castes form nearly 50 per cent of the population. They own and occupy a substantial amount of forest and mineral land. Since the State has failed in large parts of Chhattisgarh, the leadership of tribals and scheduled castes for the present rests with the Naxals, not with parliamentary parties.

The natural resources in question are, in fact, central to the understanding of Sen’s personal tragedy. There’s a regular tussle in Chhattisgarh for the appropriation of the riches by corporate houses and the government on the one hand, and by indigenous people led by Naxals on the other. In short, Sen is a victim of a certain kind of development model which seems to represent the top 25 per cent of the population. People like you and me. In India, that 20 per cent translates to nearly 250 million people, and so the economy stays afloat on that critical mass. And land—whether for setting up plants or as a source of metals or minerals— as Ratan Tata would tell you, is at the heart of India’s present and future unrest.

On 14 May 2007, Sen was arrested under the Chhattisgarh Public Securities Act (CPSA) for collusion with Narayan Sanyal, a Maoist leader doing his time in Central Jail. The authorities believe that Sen was carrying letters—that furthered Naxalite activities in the state—from Sanyal to one businessman Piyush Guha, who too was later arrested and locked up in jail.

Technically, as in the case of Josef K in Kafka’s The Trial, the case against Sen is flimsy. Sen’s meetings with Sanyal took place in the presence of jail authorities. The opening lines of The Trial capture the essence of Sen’s situation as well: “Someone must have been telling lies about Josef K: he knew he had done nothing wrong, but one morning he was arrested.” And since Sen was arrested under the CPSA, the authorities are exempted from giving an explanation for their conduct in court or elsewhere.

The Sen family has been broken up. Both daughters are in Mumbai, away from the primal politics of Chhattisgarh. His wife, Professor Ilina Sen, who is Dean at Wardha University, divides her time between her workplace and Chhattisgarh. The professor is articulate and brave. But if you meet her, you cannot escape the feeling that this is a beleaguered woman holding on to hope and reason by her fingernails, which seem well chewed.

Since these are real people, they must hurt. But, of course, Sen and his family are not the only ones hurting. There are 1,135 prisons in India, housing 322,000 inmates. According to the National Crime Record Bureau, some 223,000 out of this teeming Republic of the Wretched are undertrials or people who don’t know what wrong they have done. A million Josef Ks.

Sen’s case is representative of the major failings of the Indian State, be it democracy, development or speedy justice. And none of it, typically, figures in these general elections. That no political party, including the morally high-horsed Left, has succeeded in mainstreaming these crucial issues is proof of a real problem.

But equally, Sen’s case also showcases a dire possibility that the worst can befall the best among us. Take care. One of these days, you and I are just as likely to swell the rolls of the undertrials. Don’t ask why. Shit happens. And in such an eventuality, unlikely as it may sound, the shame of our fate may outlive us, which was Josef K’s last thought as well as the knives went in.