The Supreme Court has killed a law that allowed the Government to control social media. What’s the Net worth of freedom hereafter? 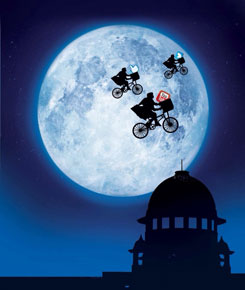 It was in 2009 that Section 66A was added as an amendment to India’s IT Act by the then UPA Government, but it took three years before it came to the notice of Shreya Singhal, a student of Law at Delhi University. By then, the Section had already earned itself a fair amount of notoriety for how much leeway it provided for the police and politicians to abuse the law.

The first time was in September 2011 when Musafir Baitha, a famous poet and government employee in Bihar, was suspended from his job because he criticised the state government on Facebook. An uproar followed, as people realised that freedom of speech in social media could now be construed as a criminal activity. Ambikesh Mahapatra, a professor at Jadavpur Unversity, became a target of the Mamata Banerjee government in April 2012 when he made cartoons of her. In September 2012, cartoonist Aseem Trivedi was arrested in Mumbai for a caricature of corruption under the UPA. But the case that caught Shreya Singhal’s attention was perhaps the most shocking of all. In November 2012, after Shiv Sena founder Bal Thackeray’s death, Shaheen Dhada, a Thane resident, posted a comment on her Facebook page criticising the near-total shutdown of Mumbai for the funeral. She wrote that Mumbai was shut not in respect, but fear, and that a leader should earn respect instead of forcing it out of people. Her friend Renu Srinivasan ‘liked’ this post. Hours later, both were arrested and booked under Section 66A. “I was shocked when I heard of this news,” Singhal says, “I went and checked the post and there was nothing which could have provoked such an outrage.” Her mother, Manali Singhal, a lawyer at the Supreme Court, advised her to file a Public Interest Litigation (PIL) against the Section.

The case continued for two years in the Supreme Court, while arbitrary arrests continued to be made. The UPA Government first defended 66A in court, taking the position that the current NDA Government took as well. It argued that the law would be used only in extreme cases where a person overreaches his or her online freedom to curtail the rights of others. Unconvinced, on 24 March, the apex court struck 66A down, saying that it could not allow such a law to exist on mere government assurances. The Court found several terms in the Act, such as ‘grossly offensive’ and ‘insult’, that were not clearly defined and could be interpreted arbitrarily to suit one’s convenience. ‘It is clear that Section 66A is unconstitutionally vague and it takes away a guaranteed freedom,’ observed the bench of Justice J Chelameswar and Justice Rohinton Nariman.

“We can celebrate the scrapping of Section 66A, but with caution,” says Sunil Abraham, executive director at The Centre for Internet & Society in Bangalore. “[As for] those who are booked under Section 66A, the police also imposes different sections of the Indian Penal Code to justify their arrest.” There are examples to support his statement, a recent one being the arrest of a Bareilly-based student, Gulrez Khan, who had posted a picture on Facebook of UP minister Azam Khan along with some derogatory comments about Hindus that he allegedly made. Gulrez Khan denied the comments, saying that his image was being maligned. The boy was arrested and booked. “People are making it out as a moment of triumph against the UP government. The fact is this boy had been arrested under Section 153A and 504 of the IPC along with Section 66A of the IT Act. We have said this even in the Supreme Court,” says Gaurav Bhatia, a spokesperson of the Samajwadi Party and also a senior advocate.

But the import of scrapping Section 66A is that there is now one less law that can be misused, one that specifically stifles online freedom. “It’s an excellent judgment,” says Lawrence Liang of Alternative Law Forum, Bangalore. “It couldn’t have been better than this. The fact that the apex court termed it ‘vague and overreaching’ signifies how important it was to scrap this.”

Once the 122-page judgment arrived, there was a rush to welcome it—even by those who were responsible for Section 66A to begin with. Former Congress minister Kapil Sibal was one of them. “The Supreme Court has scrapped Section 66A to allow freedom of speech in cyberspace and we should welcome it,” he said. His former cabinet colleague P Chidambaram went to the extent of saying that it was poorly drafted. But the Congress as a party also warned of the possible misuse of this freedom, saying that it had woven various safeguards into Section 66A, including the condition that an arrest could only be made after an officer of the level of Inspector General or Superintendent of Police had okayed it. “The Supreme Court, it appears, has not found the safeguards sufficient,” says Congress spokesperson and senior lawyer Abhishek Manu Singhvi. “It is now up to the current Government [to decide] how to strike the right balance between freedom of speech on one hand and [prevention of] abuse and hounding of groups or individuals through obscene or incorrigibly false information [on the other] to deter unbridled defamation in cyberspace.” The Left parties, which were supporting the UPA Government back when Section 66A was imposed, have expressed happiness over the verdict. “The draconian provision of 66A was used to arrest people who express dissenting views against the Government and the State and to suppress criticism of those in power,” says senior CPM leader Sitaram Yechury.

The NDA Government has also welcomed the verdict. “The Government absolutely respects the right to freedom of speech and expression on social media and has no intention of curbing it,” says Ravi Shankar Prasad, Union Minister for Information Technology.

But the scrapping of the Section leaves the Government with very little power to act against real abuse of online freedoms. Like Congress leader Milind Deora says, “An unregulated internet can be more dangerous than a regulated one.” This argument is easily countered: there are enough provisions in existing laws that prevent a person from misusing freedom of speech. Says Apar Gupta, a senior lawyer, “Section 66A was a bailable section and arrests were made only with further imposition of IPC acts.” While Article 19 (1) of the Constitution guarantees freedom of expression, at the same time Article 19 (2) provides a list of reasonable restrictions on freedom of speech. This is enough, experts believe, to curtail misuse of the internet. The court judgment also grants the Centre the freedom to enact any other law specific to the internet, provided it does not violate the provisions of freedom of speech as laid down by the Constitution of India.

This does, however, put a question mark on the necessity of Section 66A to begin with, if existing laws were quite enough to address freedom-of- speech abuses. “Section 66A of the IT Act, 2000, was enacted to prevent online abuse and hounding of groups and individuals, check the propagation of obscene or incorrigibly false information with the intent to create social divides and unrest, and deter unbridled defamation in cyberspace. This Act came into effect in 2008 when social media was yet evolving,” says Singhvi. But experts disagree with this argument. “It is a perfect case of confusion and mixing up of facts,” says Sunil Abraham. “The purpose of this law was to curb unsolicited messages, spamming and harassing someone through fake identities in the internet space.” He says that the Government claimed to borrow law provisions from the US, Canada and other countries, but the legislation was so poorly drafted that it didn’t have any teeth for action against spammers. “Even words like ‘unsolicited commercial mails’ were not included in the Act and that is the reason not a single person has been arrested in India for spam mails even after this Act came into being.”

A section of the Indian legal fraternity believes that the country’s apex court should also have made a statement about the problem of spamming and harassment on the internet.

But there is bad news too. The same judgment that struck down Section 66A has upheld Section 69A of the IT Act as constitutionally valid. This allows the Government to block any website which it deems a direct threat to public order and security that might spread propaganda.

“In this case, the Government [can decide] to block a website without notifying [it with any] reason for it. If I am an internet user who wants to visit this site, I am also not notified why that website has been taken down. It is just the whims and fancies of a few officials in the Government, what to block and what not,” says Apar Gupta. Using the section, the Union Government had blocked 32 websites just this January, saying that anti- national groups were using these websites for ‘jihadi propaganda’.

All major democracies have some form of legal net regulation. “Laws in foreign jurisdictions vary widely as per the guarantees of civil rights afforded to citizens in any legal system,” adds Gupta. “The legislations of the United States, which borrowed certain phrases in Section 66A, have already been declared unconstitutional. In the United Kingdom, similar phrases have come under fierce critique and have been limited by guidelines issued by the office of prosecutions. In these jurisdictions, as in India, existing criminal law applies equally to online speech as much as to offline.”

Also, while social media enthusiasts rejoice over their first big victory against restrictions on online freedom of speech, the internet is still a matter of great concern for any government, thanks to its reach and influence. The Union Government walks a thin line while dealing with instances of abuse on social media, and many believe India needs an IT Act drafted in proper consultation with all stakeholders.

For now, a young law student has found a place in the legal history of India. “It will always be remembered as Shreya Singhal vs Union of India,” says Singhal.

‘66A. Punishment for sending offensive messages through communication service, etc. Any person who sends, by means of a computer resource or a communication device:

1. Any information that is grossly offensive or has menacing character; or

2. Any information which he knows to be false, but for the purpose of causing annoyance, inconvenience, danger, obstruction, insult, injury, criminal intimidation, enmity, hatred or ill will, persistently by making use of such computer resource or a communication device;

3. Any electronic mail or message for the purpose of causing annoyance or inconvenience or to deceive or to mislead the addressee or recipient about the origin of such messages…

‘In conclusion, we may summarise what has been held by us: Section 66A of the Information Technology Act, 2000 is struck down in its entirety being violative of Article 19(1)(a) and not saved under Article 19(2)’