S Band: Not Just Another Scam

Instead of handing over limited S band spectrum, a national asset, to the defence forces, Isro chose to go with Devas, a private player. 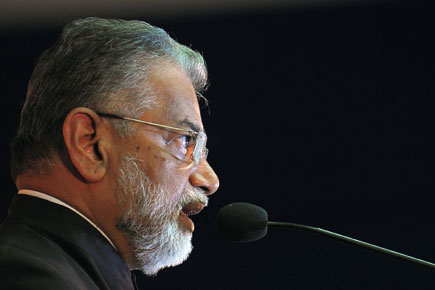 Instead of handing over limited S band spectrum, a national asset, to the defence forces, Isro chose to go with Devas, a private player.


BANGALORE: Here’s more bad news connected with the S band spectrum scam: if India does not put up an S band satellite into orbit by the end of this year, it risks losing the spectrum altogether. The failure will put India at the bottom of the list of countries seeking S band spectrum from the International Telecommunication Union (Itu).

While Isro claims there has been no loss in the alleged scam involving Devas because the satellites needed for the company’s services were yet to be deployed, Space officials say that Isro, and, as a consequence, India could be at the receiving end of the Itu’s stringent rules for allocation of space spectrum in the 1-3 GHz range. The Itu grants the spectrum to user countries which have to then deploy their satellites to make use of it. For the record, India has already lost out completely as the Itu gives spectrum on a ‘use or lose’ basis. If the allotted agency or country does not start using the spectrum within eight years, it has to go back to the bottom of the queue. Once the satellite is deployed, it has to be in a geo-stationary orbit, meaning the satellite has to be parked 36,000 km above earth, from where the signal will be continuous.

Mobile service or portable receivers can only be operated in S band. There are only three sub-bands: L band, 2 GHz S1 band and 2.5 GHz S band in the 1-3 GHz frequency range used for space services. Of these three, India has access to only one band —the 2.5 GHz S band. India has also permanently lost the right to use any spectrum in E, L, extended L and L2 bands as well as S1 bands due to inaction on Isro’s part. The national space agency never filed for allocation with the Itu, and, as a consequence, lost out on space spectrum allocation. However, Isro did wake up in time for the S band spectrum. Itu received 247 filings out of which 106 are by India’s space agency. This band does not require huge dishes to receive signals. It needs only small portable devices of the size of a match box or slightly bigger to access satellite signals, the kind of services that Devas was set to offer from 2012.

Scientists say orbit spectrum is the new black gold with its large number of commercial uses. As technology gets compressed and access becomes easier, there are billions of dollars to be made. It is a technology platform that allows users of smart phones, computers and laptops to directly connect to a satellite without cable, dish or last-mile wireless connectivity. Devas saw gold here: in India, the DTH television market alone is projected to reach $8 billion this year. Combine this with 3G mobile services which are growing at a faster rate than anywhere else in the world, and Devas would be sitting on billions once it got Isro to deploy the two satellites—Insat 6 and Insat 6A—on which it had inked agreements to use transponders.

Isro Chairman K Radhakrishnan says Devas was the only company that approached the agency to utilise S band commercially. The space agency seems so impressed with the company’s technology that it did not even alert the Department of Telecom, which auctions spectrum so that it could invite more players to the field. Instead, it chose to be partial to just one company and passed off the commercial agreement as an experiment. Neither did Isro bother to consult the Defence Ministry, under which India’s tri-services are pursuing their own space programmes in tandem with Isro.

Instead of handing over limited S band spectrum, a national asset, to the defence forces, it chose to go with a company founded by one of their fellow scientists.

Isro had filed for S band spectrum in 2003, around which time the Devas story begins. Meanwhile, from 2009 onwards Devas orchestrated a successful media campaign that it would offer a multitude of satellite-based services by 2011. It has been talking of introducing satellite phones, data services, wi-fi uninterrupted satellite broadband internet on trains through digital consoles and mobiles. But, GSat 6 (Insat 4E) and GSat 6A to which Devas had leased transponders were delayed as Isro had two failures in 2010—the unsuccessful GSLV launches in April and December. After the incidents, Devas started pressuring Isro to go in for a third-party launch, a development confirmed by Devas partners who met the Prime Minister for this, as the company had concluded technical trials by using some transponders in the Insat family. The trials included uplinking and relaying and receiving signals on hand-held devices for various applications.

The technology is still new and not widely used yet. Similar systems are on the launch pad in the US, Europe, West Asia, China, Japan and South Korea, where some companies are testing equipment. The systems built by Devas will use Insat 6 and Insat 6A and include ground systems, terminals, portable media players—devices which can connect a phone/laptop to streaming video and voice. These systems have been designed by Devas and manufactured by Alcatel Lucent and Ericsson, for which the company claims it has spent $400 million (approximately Rs 1,800 crore) in technology development while it paid a pittance to Isro for use of spectrum (Rs 1,350 crore spread over a period of 12 years—the design life of the satellite). The Bangalore-based company had also readied ground systems and terminals for deployment for which it claimed to have spent Rs 1,000 crore already. By this, one can understand the scale of Devas’ business and their decision to go in for a second satellite in the same family to accommodate future expansion in business. It was only waiting for Isro to put the satellite in geo-stationary orbit to begin the commercial launch of its services. Devas has already got the Indian Railways and Sam Pitroda’s Smartgrid Taskforce on board for satellite-based communication and connectivity. They also had a DTH proposal for subscribers at a flat rate. The company had already tied up with an electronics chain to sell access parts for Rs 1,500 and terminals for Rs 2,000-4,000.

The Cabinet Committee on Security (CCS) has now cancelled the agreement with Devas. Defence Minister AK Antony says he is upset that the defence forces were not consulted at all about S band availability. “The availability of S band spectrum is very limited. It is a very precious asset.” Law Minister Veerappa Moily says the Government cannot give S band spectrum to Antrix for commercial use. The CCS took the recommendation of the Space Commission which called for the scrapping of the Antrix-Devas deal. In defence applications, S band can be useful in various ways, especially for the strategic forces that includes the nuclear chain of command. This would help eliminate taps by inimical forces, as in terrestrial communication systems. The Indian Air Force has been planning an aerospace command which will enable its combat fleet to be completely independent while undertaking missions, and link it with its chain of command. The blue water navy too will benefit as it uses satellites spectrum for its communication. GPS systems on board can precisely guide military assets and identify enemy assets both in times of war and natural calamities. The biggest beneficiary will be the Army, for which portable devices can come in handy in a local environment.

Isro was aware of these uses in national interest, yet it chose to indulge a private player. As things stand now, India might not have access to the S-band at all until the space agency can get its act together and launch the associated satellite by year-end.