The pointless recommendations of the Select Committee on the Lokpal Bill 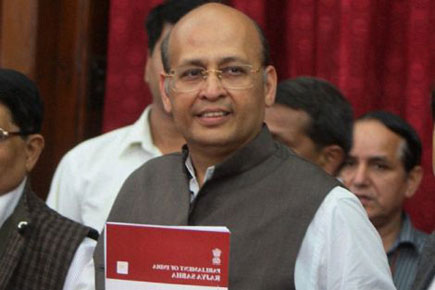 The pointless recommendations of the Select Committee on the Lokpal Bill


It is no secret that a significant chunk of the reports churned out by Parliamentary Standing Committees and Select Committees are nothing but the literary equivalent of an armchair debate, rather than rigorously researched policy documents aimed at guiding a nation of a billion people. Although there are some notable exceptions, the report of the Select Committee on the Lokpal Bill is certainly a dull, poorly researched and reasoned document, especially with regard to its recommendations on the role of the public prosecutor.

In its report, the Select Committee had to deal with the office of the prosecutor in two instances. The first instance was the existing provision in the Bill which allows the Lokpal to create its own prosecution wing and appoint a Director of Prosecutions who would function under the control of the Lokpal. To this clause, the Select Committee did not suggest any amendment. In the second instance, the Select Committee recommends an amendment to the Delhi Special Police Establishment (DSPE) Act, from which the CBI derives its powers to investigate cases. The Select Committee wants the CBI to have a statutory Directorate of Prosecutions headed by a Director who is appointed by the Central Government in consultation with the Central Vigilance Commission but who functions under the overall control of the CBI Director.

How is the Director of Prosecutions expected to function independently if he has to function under the CBI Director?

Furthermore, this arrangement flies in the face of the rather reasonable recommendations made by the Parliamentary Standing Committee on Law & Justice, under Dr AM Singhvi, which had examined the Lokpal Bill as introduced in the Lok Sabha. This report by Dr AM Singhvi had rightly recommended the delinking of the Prosecution Wing of the CBI from its Investigative Wing. The report states: ‘In order to ensure that the CBI functions professionally and independently, an additional safeguard should be provided by delinking the investigating wing of the CBI from the prosecuting wing of the CBI. The Director of Prosecution of the CBI should be an independent official and not merely an officer on deputation from the Ministry of Law as at present is the practice.’

There is a long history to this demand for an independent prosecution wing, which was explained by the Standing Committee in its report as follows: ‘Indeed, since India has been talking of an independent structure for a fairly long time, the proposed structure herein would commence a culture of Chinese wall demarcations between investigation and prosecution, the former with the CBI and the latter with the Lokpal in so far as the Lokpal covered persons are concerned. It is true that there would be teething problems for some time due to lack of coordination between [the] investigative and prosecution wings. But this insulation of investigation and prosecution has been considered desirable for many years and we have frequently lamented the absence of this demarcation in India, as operationally present in the USA and UK.’

Although the Standing Committee report does not clearly mention the history of the demand to erect walls between the state’s investigative and prosecution wings, the same has been reiterated by no less than three reports of the Law Commission —the 14th Report, 154th Report and most recently 197th Report, which was submitted in 2006 in response to a request by Prime Minister Manmohan Singh’s office for suggestions to strengthen the independence of public prosecutors. Apart from these three Law Commission reports, there are also Supreme Court judgments which have ordered state governments to ensure the independence of prosecution from investigation.

The underlying logic of separating investigation from prosecution is the conflicting roles of the two bodies. Investigating agencies working under the Executive are under political pressure to secure speedy convictions, hence the incentive to file shoddy chargesheets, tamper with evidence and torture the accused for confessions. Prosecutors, on the other hand, are supposed to be officers of the court, whose job is to ensure justice and not necessarily secure convictions. It was for this reason that the Criminal Procedure Code (CrPC) enacted in 1973 required that public prosecutors be appointed only in consultation with the High Court. It is a different story that most states did away with this provision.

In fact, even the above recommendations of the Law Commission do not do enough to strengthen the prosecution process. There is a need to make the Director of Public Prosecutions a key figure in the criminal justice system and this means giving him control of the prosecution process right from the stage of charging the accused.

Neither the Select Committee nor Standing Committee on Law & Justice reference a single Law Commission report. The former at least gives reasons, the latter not even that, creating instead overlapping prosecutorial agencies, one with the Lokpal and another with the CBI. This culture of skimpily reasoned reports by Parliamentary Committees must end.

The writer is at Stanford Law School and can be contacted at tpreddy@stanford.edu