They were the big guns of the UPA Government, and the most sought after in Delhi once. Where are they now? 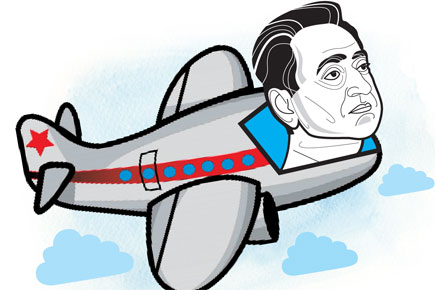 They were the big guns of the UPA Government, and the most sought after in Delhi once. Where are they now?

Once upon a time these were the men who ruled the country. But the last election decimated the Congress and left most of its top rung out in the cold, unemployed in high politics. Many have returned to the practice of law, while some are trying to save the planet. Others are trying to fit themselves into the new political dispensation; and there is even the odd one out, trying his hand also at writing songs.

Aside from him, only Jyotiraditya Scindia survived the BJP landslide in Madhya Pradesh. One might have imagined Kamal Nath being rewarded for his victory, but he found himself sidelined. A nine-time member of Parliament from Chhindwara, he had hoped to be named the party’s leader in the Lok Sabha. Instead, the high command gave that privilege to Mallikarjun Kharge, leading Nath to angle for the position of Chief of the Public Accounts Committee (PAC); Kerala MP KV Thomas pipped him to that post. Nath has been sulking since then, which is one reason it is hard to spot him nowadays in Parliament. He half-heartedly campaigned during the Maharashtra Assembly elections, and was also missing from the 125th Nehru birth-anniversary celebrations. He had in fact been in Delhi, but left for Madhya Pradesh a day before the conclave.

He was once one of the speech- writers for Rahul Gandhi and a key election strategist as well. But then came Rahul’s disastrous interview with Arnab Goswami. Since the prince himself is above criticism, a fall guy was needed—and Jairam Ramesh found himself cornered. Currently, he spends more time in Bangalore and Hyderabad than in Delhi, and thanks to his earlier stint as environment minister, he remains busy giving speeches on green issues at different forums. In the past month, he has delivered two lectures each in Chennai and Bangalore, also finding enough time to write columns on the same subject. So much time devoted to saving the planet means he can’t spare time time for the party—and vice versa. Ramesh was not present at the two-day conference the Congress organised to mark the 125th birth-anniversary of Jawaharlal Nehru, where Rahul Gandhi delivered the concluding speech (to no one’s surprise, one that was not written by Ramesh). He also rarely visits the Congress war room at 15 GRG Road, which used to be his haunt. In September, he did go there but it was to collect his books.

Anand Sharma seems to be the lucky one. The party high command recently elevated him over the heads of senior members to the post of deputy Leader of the Opposition in the Rajya Sabha. He is quite active as the party’s senior spokes- person and often addresses the media on foreign affairs and trade related issues. And while many other senior leaders skipped Nehru’s 125th birth-anniversary celebrations, Sharma played a key role in the organisation of the conclave. From finalising the list of invitees to parleying with foreign leaders, even to deciding the agenda for the event, Sharma was in the thick of it all. He was seated on the stage throughout the function, along with Congress president Sonia Gandhi. Others are obviously irked by his standing but Sharma is the family’s favourite man.

As Finance Minister between 2004 and 2008, Chidambaram steered the economy credibly, but then failed abjectly to repeat that performance during his second stint in the role. However, the savvy politician read the way the political winds were blowing, choosing not to contest the polls this year. Now he is a full time lawyer once again, appearing occasionally in public to make shocking statements in the vein of ‘a non-Gandhi could aspire to be party president some day’. He has shifted base to Chennai but visits Delhi at least once a week, mostly on legal work. Being a successful lawyer is more fun than being in Opposition, and perhaps that is why, when he had to choose between attending Nehru’s 125th birth-anniversary celebrations or representing Shardul Shroff in the Amarchand Mangaldas law firm dispute in the Mumbai High Court, he chose the latter. He is also appearing for the Anil Ambani-owned BSES power company and offers legal consultancy to the BCCI as well.

When the former Defence Minister was asked to look into why the Congress got such a drubbing in the Lok Sabha elections this year, his report, submitted in August, blamed anti-incumbency, the BJP for their high voltage campaign, and many factors other than the Gandhi family. That should keep him in the Congress’ good books, but Antony’s health is not keeping pace, restricting his party activities. He shuttles between Delhi and Kerala, but didn’t attend the conclave organised for Nehru’s 125th birth-anniversary celebrations. When in Delhi, Rahul Gandhi occasionally visits him, showing Antony’s still-hallowed standing within the family. Admirably, after the new government was sworn in, Antony immediately requested that a smaller house be allotted to him and all security around him be removed. Home Minister Rajnath Singh politely refused the latter request.

Sushil Kumar Shinde is still recovering from his shock defeat from Solapur in the Lok Sabha polls. At one point of time, before the Maharashtra Assembly polls, he was being considered as a possible replacement for Chief Minister Prithviraj Chavan. But Shinde reportedly expressed his unavailability even before his name could come up for discussion. He spends more time in Maharashtra than Delhi now. Earlier in November, Shinde visited the Tirumala Tirupati temple with his family before leaving for the US for a surgery. Shinde has always been close to Sonia Gandhi and remains so, but with age catching up, he is said to be keen on an advisory role as a Congress Working Committee member rather than being active in party affairs.

One of the top lawyers in the country, Sibal has returned to the practice after losing the election for the Chandni Chowk constituency. One day he flies to Kolkata to appear for the Birlas, the next day he argues in Delhi High Court on how a pleasure condom is different from an ordinary one. The latter has to do with a government order, which puts a cap on the price of condoms by marking them as essential drugs. Appearing for his client, Reckitt Benckiser, Sibal argued that condoms may be ‘of common use but pleasure condoms are not for the common man.’ He also made news when it became known that the house he had rented in Jor Bagh costs him Rs 16 lakh per month. He uses it mostly as an office. Sibal is giving legal advice to BCCI chief N Srinivasan these days, and there is also a rumour doing the rounds that 2G scam accused Shahid Balwa is trying to retain his services. After all, Sibal was the man who said there was zero loss in that scam. Besides law, Sibal is also pursuing his passions for poetry and song writing. In September, he launched a music album with A R Rahman and Lata Mangeshkar. He is expected to write more songs as well.

Manish Tewari’s dip in fortunes began even before the elections. He wanted to change his seat from Ludhiana to Chandigarh, but was denied. He then refused to contest on health grounds, further alienating himself. Tewari is now being sidelined by the Congress, to the extent of being barred from speaking on behalf of the party after he suggested that there was nothing wrong in the former Chief Justice of India, P Sathasivam, being appointed Kerala governor. Tewari turned defiant after these events, and still makes his views public and also writes columns for newspapers. He resumed his law practice in July this year, but is not seen much in court; however, he visits his home state Punjab often. His days are made up of meetings with clients, while evenings are reserved for writing and meeting friends. One of the advantages of being out of power is that one suddenly has more time than one knows what to do with.

Once out of office, Salman Khurshid quickly applied for renewal of his bar licence and started practicing law full time. But he remains involved with the Congress, and as spokesperson, is always on call when the party’s communication cell wants him on the air. He is seen regularly at both the Congress office at 24 Akbar Road and the corridors of the Supreme Court. He did surprise his party men, however, by appearing as a defence counsel to seek bail for the godman Asaram Bapu. He was also responsible for Tehelka’s former editor TarunTejpal getting bail. Khurshid’s days are spent in court and the evenings at meetings and discussions with clients. Uttar Pradesh Congress leaders don’t mind him being occupied with legal matters, because it prevents him from meddling in the state.