Question us and join the conversation 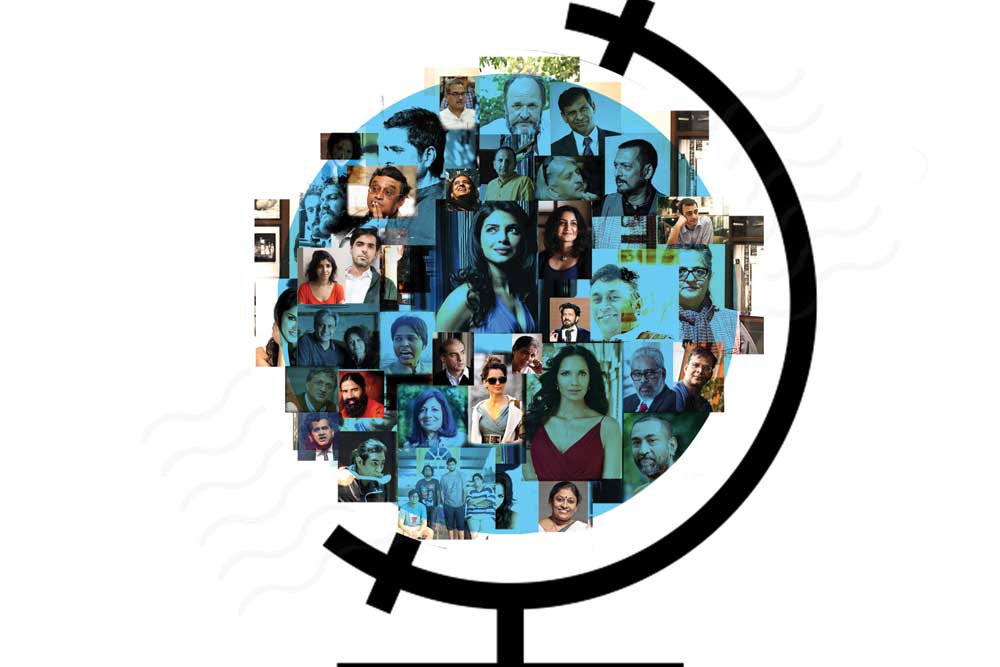 ONE OF MY favourite lines from Dostoyevsky is: ‘Beauty shall save the world.’ It is darker clouds that loom over the great Russian’s pages, and his sentences writhe in the mind’s gloomiest recesses. This one is warm, hopeful, and points to the pleasures and possibilities of an alternative. Imagination alone makes the other republic, a counterpoint to this wretched place. It is the beauty of literature that makes this world bearable—and comprehensible. Standing by the ruins of hope, Dostoevsky, a writer who struggled to live by the daily wages of words, invested his faith in the alchemising powers of the mind. There was no other option for him in such a cheerless place.

We have not come a long way, certainly not if we consider the politics of resentment that unites the otherwise disparate parts of the world today. The middle is shrinking in the political space, and salvation theologians from the far Left and Right dominate the noisesphere. The rise of the angry outsider, spewing home truths in crude idioms, has already become the most shared revulsion in the commentariat, though no pundit bothers to explain why such sensationalists soar.

It does not happen in a social vacuum: the sight of a politically unhinged rabble-rouser gaining easy access to the minds of a people—and becoming the harvester of their despair. Donald Trump, now certain to be the Republican candidate for the world’s most powerful job, has come this far in spite of the party and pundits. In the process, he has become the most iconic totem of the media age. He is the manipulator as well as the manipulated, the performer as well as the choreographer, on the op-eds or on prime time. As someone wrote, for the erstwhile billionaire star of reality television, there is no reality show bigger than what he is playing out now, and don’t we know that it goes with a certain amount of crassness?

It was refreshing to see one pundit—and someone I do not like to miss—stepping out of the pack and asking why. David Brooks of The New York Times saw beneath the pervasiveness of Trumpism the growing ‘pain’ in American society. He wrote: ‘It’s necessary to go out into the pain. I was surprised by Trump’s success because I’ve slipped into a bad pattern, spending large chunks of my life in the bourgeois strata—in professional circles with people with similar status and demographics to my own. It takes an act of will to rip yourself out of that and go where you feel least comfortable.’ Demagogues and other such fantasy hawkers rise from the ruins of dreams, the same place from where redeemers too emerge. Condemned is the society that is denied the delight of reading its way into the other world of arguments and metaphors.

That world is a great place for flâneurs straying off Disillusion Street. It is a world built by writers and artists, poets and philosophers, singers and scientists, performers and polemicists. It is a creation of people who are capable of shattering what has been inherited into enduring pieces of beauty. Turn the pages of some of the great novels in the last one hundred years, or watch again some of the films that came from countries that vindicated Borges (“Censorship is the mother of metaphor”), and we realise how this world gets better as we pass through it.

That is why you may still read your Deutscher but the best pages that take you to the heart of Russia will belong to Dostoyevsky. A Garcia Márquez or a Vargas Llosa is a better introduction to the bloated liberators and savaged freedoms of Latin America than your average historian. That is why the vintage Grass and the best of Kundera can make a continent trapped in history more accessible to us. We need a Michel Houellebecq to make sense of France today as much as we need a Kamel Daoud to understand Islamic Algeria. A Mohammed Hanif’s imagination is closer to the reality of contemporary Pakistan than all the so-called Subcontinental theses. What shall we say about India in this context? We lack nothing—action or ideas, and certainly not characters both larger and lesser than their historical size. Certain events in history went against the qualities of being human, and in Europe, Russia and Latin America, they produced some great fiction too. What we got from the novelist who fell through the trapdoors of history was more rewarding than what we gained from the historian lost in the archives. Then why is it that our post-Partition literature has not given us a WG Sebald or a Primo Levi? Why is it that the perversions and pathologies of our leadership are off-page? Maybe our scars are not so deep, and our pages are history proof.

There are exceptions, minds that shuttle between the past and the present; and minds that reject the finality of answers and veer towards the multiplicity of questions. Such people keep the conversation going in a country where noisemakers are mistaken for conscience keepers, and whatever trash published is called fiction. Nowadays, it is all the more difficult to spot the originals as we cannot any longer miss the pervasiveness of what Kundera calls imagology. ‘What matters is that this word finally lets us put under one roof something that goes by so many names: advertising agencies; political campaign managers; designers who devise the shapes of everything from cars to gym equipment; fashion stylists; barbers; show-business stars dictating the norms of physical beauty that all branches of imagology obey,’ he wrote in Immortality. Media scripts the mythology today, with manic haste.

We at Open are trying to be different. In our second edition of Open Minds, we have resisted the temptation to be distracted by soundbite savants and self-chosen trend-setters and irrelevant India-explainers in our search for people who live off ideas—and influence the lives of others. This is not exactly a list of the thoughterati, though that was our initial intention. The term ‘public intellectual’ continues to be contentious, and whenever someone tries to quantify the influence of the intellectual, as the American scholar Richard Posner did a few years ago in a controversial book (which was panned by fellow public intellectuals), it defies consensus. Still, arguments were more interesting when an Edward Said (in spite of the professor’s self-righteosness) or an Umberto Eco or a Gore Vidal or a Christopher Hitchens was around. The freedom debate was a thriller when the French philosopher, be it Sartre or Malraux, was as comfortable on the street as he was in the café or in the study. What we Indians have are commentators as ventriloquists than people who believe in the autonomy of ideas. Still, our list is a celebration of originals, and identifying them in a space crowded by shouters and desperate attention seekers has not been as easy as it seems. It shows India as an argument, a performance, a meditation, an invention, an invocation, a provocation— and as an idea as diverse as its interpreters. Consensus is not what the list seeks. Question it and join the conversation.