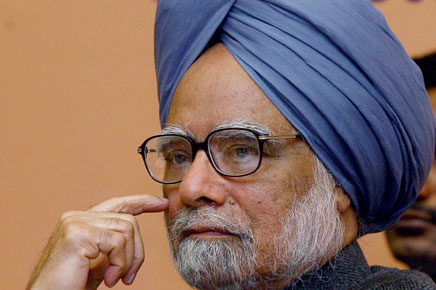 Either abolish environment laws or follow them— undercutting them is not an option for the Prime Minister’s Office.


Either abolish environment laws or follow them— undercutting them is not an option for the Prime Minister’s Office.

In this season of scams and rhetoric, we must credit the establishment for coming clean on at least one front. The government has finally done away with the façade that it is serious about saving the environment. After much posturing, the Ministry of Environment and Forests has cleared Posco and Lavasa. No Opposition party has found these fait accomplis worth even a customary dharna. The Planning Commission has slashed the budget of the green ministry. And the Reserve Bank has singled out ‘environmentalism’ to blame for a one-third dip in foreign direct investments. The Prime Minister has cautioned that green regulatory standards might bring back the dreaded licence-permit-quota raj.

To those who follow the growth-versus-green story, this is a welcome development. All these years, many have wondered why successive UPA governments have not delivered on their lavish green commitments. After all, has not there been a Sonia Gandhi, the supreme commander of the Congress, who took personal interest in saving India’s wilderness? Now that the licence-permit-quota-fearing Manmohan Singh, the Prime Minister who is barely audible unless he really means business, has spoken, we finally know why.

It was difficult not to be torn between expectation and experience when Rahul Gandhi, the PM-in-waiting who mobilised parliamentarians to set up a short-lived tiger caucus five years ago, rushed to support the Niyamgiri tribals against Vedanta. But the surrender before Posco and Lavasa came as a cold snub to all those unduly optimistic about a bania system that still makes a rubber-stamp ministry approve 99 per cent of projects.

Then again, minister for environment and forests Jairam Ramesh, who never tires shooting his mouth against poachers, encroachers, developers and cabinet colleagues alike, was swiftly capturing the anti-establishment space by winning the trust of even some of the rabid green. Now that he has saved his job by meekly following his masters’ order to allow mega sell-outs, Ramesh will probably stop flailing his recyclable tin sword in polluted air. If he does not, it will anyway look rather quixotic after the RBI snub.

Indeed, it was not easy to decide whether to take Montek Singh Ahluwalia seriously when the suave planning commission deputy chairman (who, last year, publicly committed himself to the cause of “preserving” tigers) approved, in principal, Rs 5000 crore for resettling families from core tiger reserve areas across the country over the next five years. Now that he has slashed a Rs 1,100 crore proposal for the same to first Rs 700 crore and then less than Rs 50 crore, there are no honest doubts about his sincerity.

So the gloves are off and the masks, torn. It is so much more comforting to know who stands where and for what. If diplomatic interest cleared Posco, political interest pushed Lavasa. The Jaitapur nuclear power project in the coastal Konkan got through in the national interest; so did SAIL’s mega mining projects in Saranda’s elephant forests. No wonder Ramesh has already conceded many a mile in negotiating no-go areas with his counterpart in the coal ministry. After all, the spectre of a green licence-permit-quota raj is haunting his Prime Minister.

But, frankly, what does Manmohan Singh have in mind when he airs such apprehension? Does he mean he has inherited particularly unwieldy green laws? If that were the case, his party and government could have easily got those amended in a Parliament that does not have any environmental lobby. Why, whenever there were opportunities, successive green ministries watered down ministerial regulations (from the norms for coastal regulation zones to restrictions on industrial pollution).

Incidentally, thanks to former Prime Minister Indira Gandhi, India’s two fundamental green laws—Wildlife (Protection) Act, 1972, Forest (Conservation) Act, 1980—are remarkably robust and candid. They deny easy excuses for tweaking or room for confusion. The third major law that impacts developmental projects was enacted by the government headed by Manmohan Singh.The Scheduled Tribes and Other Traditional Forest Dwellers (Recognition of Forest Rights) Act, 2006 was a longstanding electoral commitment of his party. Surely, the prime minister is not resenting what his party pitches as one of the biggest achievements of his government?

So is it the Prime Minister’s case that these laws are not applied fairly, leading to a long-drawn approval process? Unfortunately, facts tell a very different story. If India’s green laws were applied fairly, bulk of the projects would have been summarily rejected. But since the establishment wants to get every project cleared, it drags on the clearance process by instituting panel after panel until the facts get lost in a maze of referrals and finally a go-ahead is obtained.

Worse, many projects take off without due diligence, trusting the establishment to clear those as fait acomplis after a suitably long clearance drama. The latest on that list is Jindal Steel and Powers. The company started construction at its Angul plant in Orissa without obtaining clearance on the forest land and was served a notice by the divisional forest officer in July 2009. Last week, Ramesh signalled all-clear to Naveen Jindal, his colleague in the party and in Parliament.

Intriguingly, many development projects incur huge cost escalation due to such delays and, in effect, end up spending much more than what would have cost the developers to address environmental concerns at the conception stage. Take the Navi Mumbai airport project, for example. In 2004, the project cost was Rs 4,700 crore. After a prolonged drama over green clearance, the project refused to retain the current course of the Ulwe river, arguing that construction on stilts etc. was not financially viable as that would cost an additional Rs 4,300 crore. In August 2009, the promoters claimed the delay had already escalated the project cost by 40 per cent. Finally, when the project was cleared in November 2010, the escalated cost was estimated at Rs 9,000 crore. Had the project authority opted for the environmentally sound plan in 2004 itself, the modifications, discounting for inflation, would not have cost more than Rs 2,300 crore. At Rs 7000 crore, the new airport would still have come Rs 2,000 crore cheaper and four years sooner.

Deliberate and organised attempt to bend laws is behind the delay in the environmental impact assessment process. Therefore, to fast track the clearance process, the Prime Minister should know, every project must factor in the environmental costs at the conception stage instead of resisting legally binding green safeguards later. More importantly, both government and private developers should stop eyeing projects in areas that are legally out of bounds. It is unfortunate enough that many such illegal projects manage to get approval after repeated environmental assessments and sustained doctoring of facts.

Now if the Prime Minister wants even such projects to be cleared forthwith, he should, if he can, get the green laws abolished in the House. Or he should step down. Provocation does not become the country’s highest office.