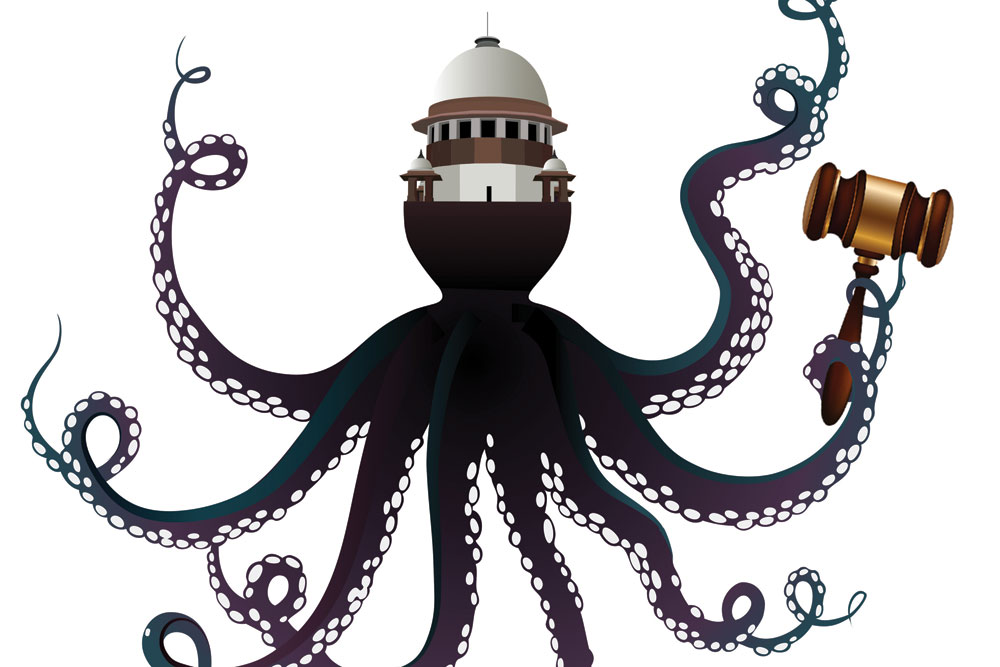 ON 11 MAY, the Harish Rawat government staged a triumphant comeback in Uttarakhand after a lapse of 46 days. Well, almost 46 days, for a day before the Supreme Court restored life to the dismissed government, it did something unprecedented in Independent India’s history. On 10 May—the day a vote of confidence was ordered in the state Assembly—the apex court ‘revoked’ President’s Rule for a couple of hours, while the floor test was on. Once the vote had been held, it was imposed again, this time for barely 24 hours.

The power to dismiss an elected state government for ‘breakdown of Constitutional machinery’—elaborated in Article 356 of the Constitution—is one of the most controversial provisions of that document. Its rampant abuse in the 1960s and 70s led to a Supreme Court verdict in 1994 that clearly stated that a vote of confidence on the floor of the state’s Assembly was the only way to test if a ‘breakdown’ had occurred.

But what has been clear right from the start is that the power to impose and revoke President’s Rule lies with the Union Government. The way in which it was ‘switched off and switched on’ in Uttarakhand on 10 May was a first for Indian legal history. “The revocation of President’s Rule for two hours was unprecedented and to my mind unconstitutional,” says former Additional Solicitor General (ASG) Vikas Singh.

That was not the only distinguishing feature of this case. On 6 May, the Court ordered a floor test to be held ‘under its supervision’; the Court’s observer, directed to be present in the Assembly, was a judicial officer. In its order on that day, the Court said: ‘The purpose is to save the sanctity of democracy which is the basic feature of our Constitution. This court… is under the obligation to see that the democracy prevails and does not get hollowed by individuals.’

Has the Court’s order, which also prescribed in detail how to carry out a floor test, breached a bedrock principle of the Constitution: the separation of powers between the Legislature, Executive and the Judiciary? Article 212 states that courts shall not inquire into the proceedings of the Legislature. Article 212 is a mirror image of Article 211 that forbids discussion in a legislative house of the conduct of a judge of a high court or the Supreme Court. By laying down a detailed procedure on how the floor test in Dehradun had to be conducted, the Supreme Court order may have crossed an inviolate line. “The Supreme Court has been majorly breaching the separation of powers. But the [Union] Government is also to blame because it is letting the courts decide what is in their domain,” says Singh, who as ASG clashed with the court for preserving what he argued were the Government’s prerogatives.

On 10 May the apex court ‘revoked’ President’s Rule in Uttarakhand for a couple of hours while the floor test was on. Once the vote had been held, it was imposed again but for 24 hours

There are many more such instances in which the higher judiciary has in recent months entered the domain of the Legislature and the Executive. Last month, the Supreme Court ordered the Director General of Civil Aviation (DGCA) to explore the possibility of opening an air route from Delhi to Shimla. The case dealt with the Centre’s Route Dispersal Guidelines. Under these guidelines, routes are classified into categories I and II, with the former being to metros and the latter to smaller and often economically unviable destinations, some of them in remote parts of the country. The Court told the DGCA to enforce a guideline that says airlines will operate at least 10 per cent of their capacity for category I routes to category II destinations. This was a specific injunction to a government authority on a particular policy. This area clearly belongs to the Executive.

In another case earlier this year, the Supreme Court used its extraordinary power under Article 142 of the Constitution to appoint the Lokayukta of Uttar Pradesh. Article 142 allows the Court to pass a decree or an order to ‘do complete justice in any case or matter pending before it’. The power to appoint a Lokayukta in UP lies with the Governor, who has to make the appointment in consultation with the chief justice of Allahabad High Court and the Leader of Opposition in the state assembly. But ultimately the power to make the appointment rests with the Governor. In this case, the Supreme Court appointed the Lokayukta.

These are not isolated cases. Since the late 1980s, the higher judiciary has filled a ‘vacuum’ of sorts where a government acted in an arbitrary way or when Parliament (and state legislatures) passed laws that ran against the Constitution. In most such cases, the courts stepped in after the government had taken some measure, though there are instances when it forced the government to act.

Much of this took place in a governance and political vacuum from 1989 onwards when coalition governments were more concerned about their survival than about governing the country. During this time, the Supreme Court and high courts freely intervened in matters under the Executive’s authority. What made this possible was a 1974 judgment that gave the higher judiciary a precedent to rule out any government or legislative action that violated the ‘basic features’ of the Constitution. These features have never been fully enumerated, but notably do include the separation of powers between the Legislature, the Executive and the Judiciary. This doctrine was over and above the normal constitutional provisions that allow courts to carry out a judicial review of government and legislative actions.

Pratap Bhanu Mehta, a keen observer of the Indian judiciary, has noted, ‘It is true that the 1990s saw no full-scale parliamentary assault on the courts’ interpretation of what the “basic structure” doctrine requires, but that was an accidental side effect of a fragmented political system in which no one party could achieve dominance in Parliament. Should any party gain enough parliamentary heft to wield the amendment power, the judicial-legislative tussle will almost certainly resume, and it is impossible to predict what the outcome will be, either in the nearer or the longer term.’ That time is here perhaps: after almost 30 years, a party has its own majority in the Lok Sabha. It is this situation that makes recent judgments look more like ‘judicial overreach’ than mere judicial activism.

“The [Supreme] Court has to practice a jurisprudence of self-restraint. Many years ago, Chief Justice MN Venkatachaliah showed the path. During the Babri Masjid situation, the Government came and told the Court that even the Army was at [the Court’s] disposal. Justice Venkatachaliah rebuked the Government and asked it to do its job. He said, ‘Don’t make us do your dirty work,” ASG Vikas Singh remembers.

An all-powerful judiciary has emerged over the last quarter century—if not more—and cannot be reversed quickly. Any such attempt could result in judicial instability, which would be highly inadvisable since courts are such a vital part of democracy.

A long-run solution of restoring a balance between courts, legislative bodies and the Government requires a mix of three things. Firstly, decriminalisation of politics. The number of legislators— both in Parliament and state assemblies—facing criminal charges is huge. Data released by the Association of Democratic Reforms (ADR), an independent advocacy group, show that 34 per cent of incoming Members of Parliament in the 16th Lok Sabha (elected in 2014) had criminal charges against them. This proportion has increased steadily: it was 24 per cent in 2004 and 30 per cent in 2009. In state assemblies, the situation is probably worse. This trend robs the Legislature of its legitimacy. While it is not a zero-sum game, what the courts gain in legitimacy is probably more than what the elected houses lose in terms of respectability.

If a balance of some sort has to be struck between the Judiciary and the Legislature, we need more probity in public life. Ironically, it is the courts that are helping remedy this situation. Various orders that now require candidates to declare pending criminal cases against them and a list of their assets have had a positive effect.

Secondly, a reduction of ‘big-ticket’ corruption in government. In the last decade, a number of natural resource contracts— involving discretionary allocations of coal, botched allotment of 2G spectrum and other resources—led to the unearthing of ‘scams’ totalling thousands of crores of rupees. As a result, an elected government lost a lot of legitimacy, a situation that made space for the Supreme Court to intervene and virtually dictate policy; the allocation of resources by an auction, for example, which was an area that was always the preserve of the Executive. The Modi Government has re-allocated some of these natural resources—for example, coal—in a transparent manner. Once again, this was done after a judicial clean-up of the stables.

Thirdly, restoration of institutional balance requires political stability, both in Parliament and at the level of government. For the first time in almost three decades, keeping coalition partners in good humour is not essential for the survival of the Government. For now, large-contract corruption has been checked, even though the extent of criminalisation of politics remains worrisome. But the most important factor also remains the one that is most elusive: 2014 witnessed a sea change in terms of a single-party majority at the Centre, but given India’s complex and fractured political landscape, there is no saying if the ‘coalition era’ is over.

Perhaps the concern over judicial overreach is the starting point for a return to a healthier institutional balance.