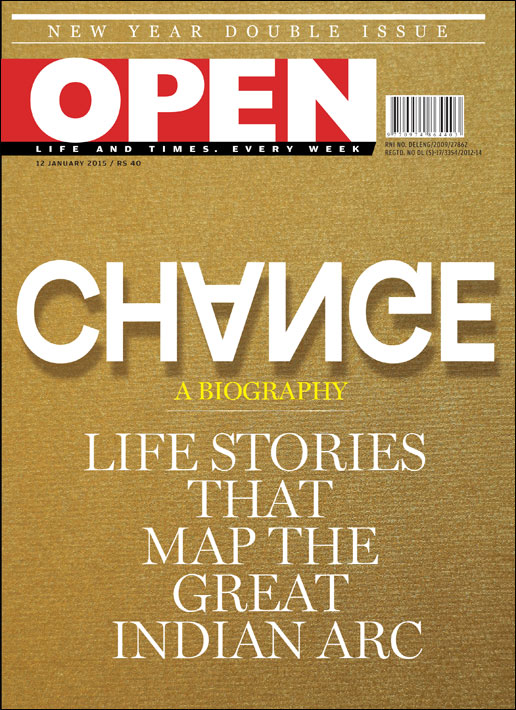 Editor's Note ~ by S Prasannarajan
Change is more than an abstraction animated. It is a collection of synonyms for the next point in the grand ellipse of hope

THE JEWEL IN THE CROWN ~ by V Shoba
Zen and the art of being the emperor of a jewellery business in India. The man from Thrissur in Kerala has set the gold standard for transparency in the industry

THE ROYAL COMMONER ~ by Ullekh NP
This descendant of the Darbhanga dynasty of Bihar believes that historians have ignored the good deeds of her ancestors. The 33-year-old says that family fortunes began to decline from the time of her grandfather Visheshwar Singh

THE STATE BANKER OF INDIA ~ by V Shoba
It began as a slip of a girl in a blue sari. In a male bastion, the queen of Indian banking who took the helm of SBI at a time of financial gloom wears her crown well

AN ACT OF COURAGE ~ by BY Divya Unny
The girl from Bangalore, and the daughter of a sporting icon, deviated from the father’s path to become a Bollywood original

2014 BOOKS REVIEW: EDITOR'S CHOICE ~ by S Prasannarajan
The way things were • The zone of interest • The Myth of the strong leader • Thirteen days in September: Carter, Begin, and Sadat at Camp David

2014 REVIEW: BOOKS ~ by Rajni George
Close to home • We are completely beside ourselves • How to build a girl • Mecca: The sacred city