In Tamil Nadu’s southern districts, prisoners are segregated by caste in jails 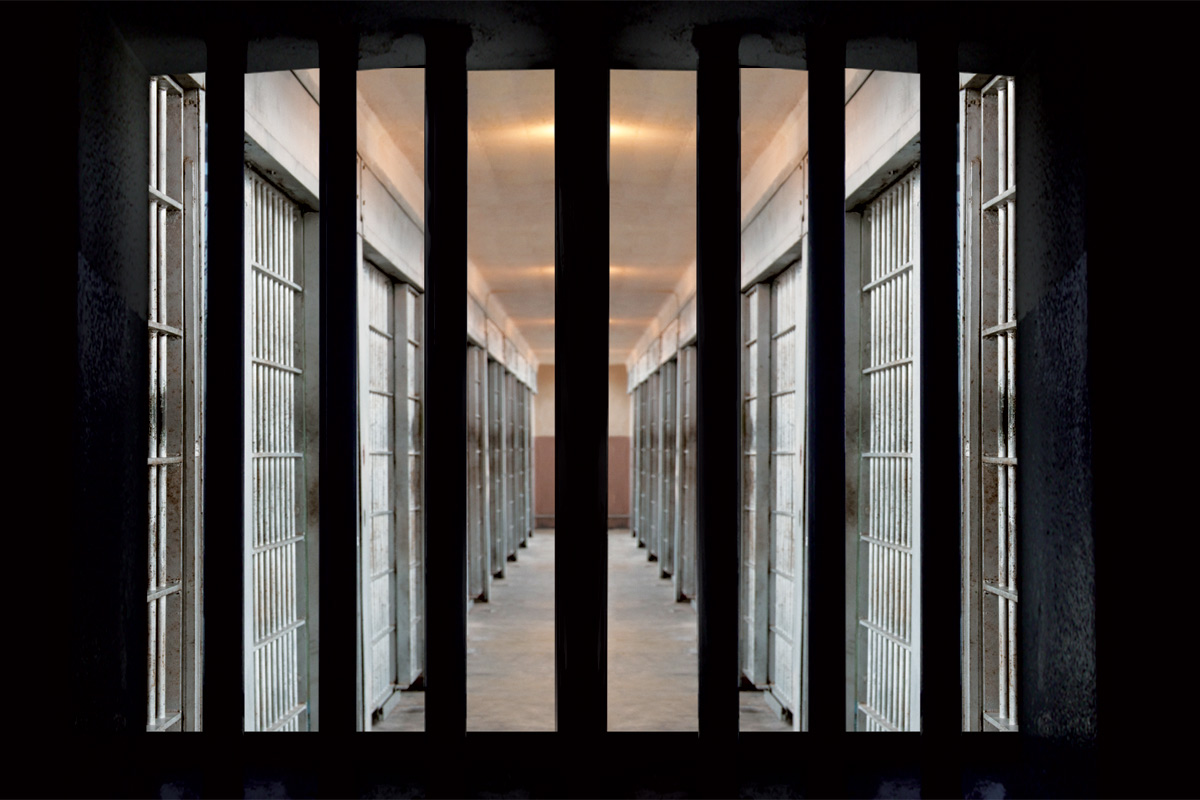 In Tamil Nadu’s southern districts, prisoners are segregated by caste in jails


In the political biography of Tamil Nadu, conflict between Dalits and other backward castes (OBCs) is a chapter that is still being written. Not only is untouchability still widespread across the state’s southern districts like Ramanathapuram, Thoothukkudi, Thirunelveli, Madurai and Dharmapuri, there have been frequent clashes since the early 1990s between Dalits and Thevars, an OBC community with significant presence in the region. Just last month, violence in Paramakkudy claimed the lives of seven Dalits.

Observers recall 1995 as a year that saw tensions take a turn for the worse. As many as 50 Dalits were killed by Thevars over the next two years. The attacks, though, were not one-sided; an equal number of Thevars were killed by Dalits in retaliatory violence. The atmosphere was so charged with caste politics that speaking up for justice was not easy. Chandrashekar, chief of the Pallar Cultural Development Forum, which ran a campaign against anti-Dalit atrocities, was forced underground after his name turned up on the police list of ‘wanted’ men. Popularly known as Tamil Maran, he was finally picked up by the cops in November 2000 on a visit home to attend a family function. He spent a year locked up as an undertrial. In 2006, he was nabbed again for violating bail conditions; this time, he spent a year-and-a-half behind bars.

Tamil Maran’s activism was the outcome of his bitter experiences of discrimination since childhood. Dalits bore the brunt of the worst attitudes; they were served (if at all) at eateries in separate cups and plates, kept off public roads, and not even allowed to ride bicycles, let alone use or own a vehicle. If Tamil Maran had hopes of jail being different, they were soon quashed. Caste followed him into prison. He was incarcerated at the Palayamkottai Central Jail in Thirunelveli, one of the districts worst hit by caste violence. There was only one noticeable difference from the outside world—the low likelihood of inter-caste violence. This was for the simple reason that prisoners were segregated by caste into different blocks.

But that didn’t mean no discrimination. Maran says he was beaten up for no reason by members of the jail staff who were Thevars. The food served in his Dalit block was scarcely edible and hardly enough to quell his hunger. His access to books and newspapers was restricted. His visiting time for friends and relatives who came calling was curtailed. He had to work, but was not paid. And he was deprived of medical attention. “Prison life does not offer anything to reduce the sense of [inflicted] violence,” he says, “It only flares it up.”

There are 1,600 prisoners in Palayamkottai Central Jail, and the segregation in this facility is very efficient. “Thevar, Nadar and Dalit prisoners are put in different blocks,” says Selvaraj, a constable who has been working there for a decade. “In this jail, [caste segregation] is inevitable. How can we mix up people from different castes? It is impossible. We cannot manage the violence [that will occur] if we do so.”

It is not just in Palayamkottai that prisoners are sorted by caste and jailed apart. “In most jails across the southern districts, inmates are divided on the basis of caste,” says R Alagumani, a lawyer practising at the Tamil Nadu High Court’s Madurai bench who has initiated a number of public interest litigations for prisoner rights, “But in Palayamkottai, it is formally approved.” Segregation by itself, he says, would not be so terrible if some sense of equality were to prevail across all blocks. But that is not so. Alagumani says that Dalits cannot be humiliated any more than they are inside prison.

“There are eight blocks with 30-35 cells each,” says Tamil Maran, as he sketches the structure of Palayamkottai. The fourth block, far from the main building, is for Dalits; Thevars, Nadars and Muslims are all in different blocks. If prisoners get unruly, one form of punishment is to place a guard of a ‘rival caste’ in the block. So, if knuckles need to be rapped (so to speak) in a Dalit cell/block, Thevar constables are deployed there. Serious misbehaviour attracts a punishment that can make the hardiest break into a cold sweat: being put into the cell of an antagonistic community. “The jail authorities only try to widen the gap between communities and aggravate the abhorrence they feel for each other,” says Tamil Maran, “They exploit the volatility thus created.”

What happens in jail, however, only mirrors what happens outside during caste conflicts, according to Rajiv Rufus, a lawyer practising at the Madurai bench. “This is a strategy used by the government whenever caste violence erupts in these parts of Tamil Nadu,” he alleges, “Thevar cops are deployed in localities where Dalits live in, and vice-versa. This only escalates the violence.”

There is another pattern that plays a role in this insidious game. Among Dalit prisoners, leaders suffer the most grievously. In 2009, M Bharatan, a Dalit activist running an organisation called Human Rights Council, was hauled off for his alleged involvement in the murder of three Thevars in Thirunelveli. He recounts his days in the lock-up. “Our community leaders were under strict surveillance inside jail,” he says, “They were not allowed to mingle or even to talk to one another. They closely monitor what we do, talk and even read.” And Dalits are systematically kept away from others. Bharatan remembers an announcement asking prisoners to enrol themselves for yoga class. “I expressed interest, but was rejected,” he says, “They said there are ‘other people’ and I was not supposed to be there.” His one-and-a-half years in prison taught him that the authorities only want to fuel the rage: “Two sets of jail rules exist in the prisons of Tamil Nadu’s southern districts—one for Thevars and another for Dalits.”

Tamil Maran offers details. “At the film screened twice every week, the first show is always reserved for Thevars. While Thevar prisoners are free to use mobile phones, Dalits are not. While Thevars do not have too many restrictions on visitors, Dalits are given a separate place where officers often interfere with warnings that ‘the meeting time is up’; Dalit women visitors have to endure long waits, even gross insults. Dalits don’t even get letters in jail—the authorities either tear them up or open them.” The exclusion of Dalits is painfully evident in matters medical. “Dalits have no access to the prison hospital,” continues Tamil Maran, “If a Dalit prisoner is sick, he is only provided some pain killers. If a Dalit prisoner is seriously ill, he is taken to the nearby government hospital, but not the prison hospital. Doctors visit inmates every week, but they hardly step into the blocks reserved for Dalits.”

Unwilling to put up with all this, Tamil Maran got a special order from the High Court to access books that the jail authorities would not allow. “They had banned me from reading,” he says, “I had no option but to go to court.” Jail officers then began keeping a checklist of the books he read— “I have read all the books of Ambedkar available in Tamil”—and subjecting him to long interrogations on what he had learnt.

Meanwhile, Selvaraj, the Thevar constable in Palayamkottai, claims clarity on who is to blame for all the tension. To his mind, ‘they’ are a nuisance. “They make a mess of things even for small reasons,” he says of Dalits, “They often complain about the quality of food and absence of electricity.” He refutes charges of discrimination as baseless. “I have nothing against them, but they unnecessarily create problems,” he adds, “They are organised. I am scared of being attacked.”

Selvaraj is not entirely inaccurate in his assessment of Thevar fear—while they often enjoy the favour of jail authorities, they are also scared of being attacked by Dalits.

“I am very careful whenever I have to meet somebody from the ‘other community’ in jail. Why should we invite trouble? They are waiting for a chance to create problems. The officers always help us—that is the only relief,” says a Thevar convicted for murder who is lodged in the Palayamkottai jail.

Karuppuswami, a 34-year-old auto driver who was freed a few months ago after serving a ten-year sentence for murder, says he was scared of Dalit inmates and glad he was imprisoned with fellow Thevars. “I had the experience of being ill treated by cops of their caste. I was confident that our police would help me if I was in need,” he says. As it turned out, his caste affiliation did come of help; once, on being caught for using a mobile phone, all he suffered was having his handset confiscated—easily replaced when his sister made her next visit.

And so, caste segregation persists in Tamil prisons. “Caste-based separation of the inmates is a matter of convenience,” says Dr Krishna Swami, a legislator from Thoothukkudy district. “This is not a desirable practice, but we should see the practical side of things,” adds the Assembly member who started his political career as a Dalit rights activist.

Alagumani is not convinced. “It is against the spirit of the Constitution,” says the lawyer, “Dalits in prison are subject to all sorts of discrimination. It does not help in healing and only escalates the animosity.”