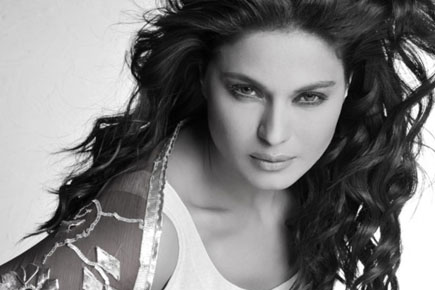 
Despite starlets like Rakhi Sawant and a format designed to shock and titillate audiences, Bigg Boss, the Indian version of reality TV show Big Brother, was a relatively unknown show in Pakistan. However, once a Pakistani contingent—of Veena Malik and Ali Saleem aka Begum Nawazish—signed up to appear on Bigg Boss’ fourth season, Pakistanis sat up and took notice.

While Bigg Boss is mostly about catfights, petty quarrels and footage of relatively unknown celebrities running household errands, what has made the recently concluded fourth season unforgettable is Veena Malik. Clad in shorts or tight-fitting dresses, the 26-year-old actress was the star of the show. Whether it was teaching Pamela Anderson how to make chapatis, or flirting with Bollywood actor Ashmit Patel, Veena did it all—often wearing four-inch heels.

While many in Pakistan cheered Veena on, others were not amused. Pages condemning Malik for her flirtatious behaviour popped up on Facebook, and curses and death threats against her proliferated on discussion forums online. A resident of Lahore has filed a case against her in a local court for her ‘immoral behaviour’ on the show, urging authorities to take action against the actress.

But she isn’t going down without a fight. On Friday night, Veena Malik took on a cleric, Mufti Abdul Qavi, on a popular talk show on Express News, a local news channel, who condemned her for her appearance on Big Boss, which he considered an affront to Pakistanihood. Ironically, Qavi also admitted that he had never seen the Indian reality show. No matter; Qavi told Malik that her pictures were so shameful that any Pakistani in the company of his daughter could not bear to look at them.

Qavi represents a section of Pakistani society that condemns women for anything from their wardrobe choices to public displays of affection. In 2007, for example, clerics issued a fatwa against Nilofer Bakhtiar, a female minister, after photographs emerged of her hugging her instructor after a parachute jump.

In the face of creeping conservatism, Veena Malik’s bristling defence of her appearance on Bigg Boss electrified viewers. On air, “representing the entertainment industry of Pakistan” in her words, she questioned the mullah on problems within his own community of clerics. “There are other ways to protect Islam… what of those mullahs who rape the boys they teach in mosques?”

Towards the end of the talk show, tears rolled down her face. “Where were my people when I was attacked on the show, where was the media? I gave my love to every person on the show to prove to them that it’s not just Pakistanis who are involved in terror attacks… this is also a side of Pakistan. You’ve set up a court for me… all the men stood up and condemned me, and there was a barrage of accusations. Did any one of you stop to appreciate me? Why, because I’m a woman?” Her indignation rang loud and clear.

The talk show was watched by thousands of people across Pakistan and abroad. On Twitter, Veena Malik became the first Pakistani woman to become a ‘trending’ topic. Many commended her bravery in taking on a religious figure, that too on solid ground, and emerging victorious in the debate.

Being a woman in Pakistan is no easy task, and being an actress is even harder. Thousands of women are raped, abused and killed in the country every year. Laws protecting women against harassment and violence are rarely enforced. Women in the limelight, be they parliamentarians or models, are routinely attacked for a variety of reasons, with rumours of their personal lives and religious beliefs making ultra-righteous headlines.

Not that Pakistani films are very family-friendly, a point Malik raised on the talk show; with heaving bosoms and explicit lyrics a regular feature, rarely does local cinema present a woman in a role other than that of a sex symbol. Yet, it’s her ‘immoral’ behaviour on a reality TV show that churns the stomachs of Pakistan’s moral police.

Unfazed by the angry voices, Veena Malik remains defiant. “I’m not scared,” she says on the telephone from her residence in Lahore, having returned after her sojourn in the Bigg Boss house, “and that mullah does not represent Pakistan. I went on the show to answer the allegations against me, because these are my people and I wanted to give them my point of view. But that mullah had nothing concrete against me; he hasn’t even watched the show… that’s pathetic. The liberals of Pakistan are  supporting me. So many people from Pakistan and India appreciated me on the show.” She feels it is time that the entertainment industry is accepted for what it is, or else it should be completely shut down.

The fourth season of Bigg Boss was telecast on a local entertainment channel in Pakistan, and was followed avidly by many via the internet. Buzz about the show spread once news of Malik and Ali Saleem’s appearance made headlines in local dailies. While Saleem was voted off the show soon after his debut, Malik managed to dig her heels in for 12 weeks.

Filmmaker and journalist Hasan Zaidi believes that the controversy has nothing to do with India. “It’s just a matter of cheap publicity and because these are high-profile women. How is it that no one said anything to Ali Saleem for being on the show? Veena is right when she says that far more risqué things happen in Pakistani films than what happens on Bigg Boss. The premise that she somehow needs to be a beacon for Pakistani culture is wrong in itself.”

The striking model-turned-actress is no stranger to controversy. After an affair with the controversial Pakistani cricketer Mohammed Asif turned sour and they had a rather public breakup, Malik accused him of stealing money from her, being involved in match fixing, and even of assaulting her physically. “I didn’t get justice in the Asif case either, but it is my right to raise my voice,” she says, adding that she won’t be deterred by the multiple threats she faces.

She is not the first Pakistani to have performed in India and faced censure as a result. Pakistani actress Meera, who starred in the Mahesh Bhatt film Nazar, was condemned in Pakistan for kissing her co-star onscreen. Yet Pakistani musicians, including Ali Zafar, Rahat Fateh Ali Khan, Jal and Atif Aslam, rarely ever face criticism for their performances in India. They are regulars. Ali Zafar is also co-starring in a film with Bollywood actress Katrina Kaif. “Anita Ayub, a former model, was also attacked in the 1990s when she went to India,” says Zaidi, “but we didn’t have an overwhelming media in everyone’s face all the time. This is just a way to keep ratings going.”

Ratings or not, expressing an opinion in Pakistan has become a risky affair. On 4 January, Punjab Governor Salmaan Taseer was gunned down by his police guard for criticising the misuse of Pakistan’s blasphemy laws. Legions of prominent lawyers, moderate religious clerics and political personalities have faced death threats for their ‘liberal’ stances on issues of women’s rights and Islam. In 2007, Zille Huma Usman, a female parliamentarian, was assassinated for being active in politics without covering her head.
In a country where taking on the clergy is often likened to signing one’s own death warrant, Malik remains vociferous. “I’ll never give up, and I’m not a coward. My father was in the army. It’s not in my blood to be scared. I’m a believer in destiny—the day death has to come, it will,” says Malik, “But I’m hopeful… maybe things will be different here after five years because I raised my voice.”