AS Kiran Kumar: Sky Is Not the Limit 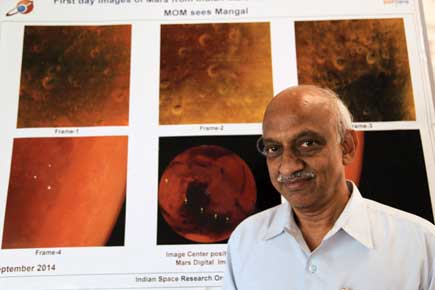 India has never been as confident of confronting the vastness of space as it is now with AS Kiran Kumar at the helm of the Indian Space Research Organisation. The scientist, credited with the success of the Mars mission, took over the reins of India’s space programme in 2015. A string of launches and achievements has followed, not the least of which is the IRNSS-1G, the seventh satellite to complete India’s own navigation system. Next on the agenda is Chandrayaan-2, and possibly, a mission to Venus. Kumar’s pragmatic calibration of priorities and his high ambition have imbued the Indian space mission with new energy and made ISRO, a torch-bearer for the ‘Make in India’ programme.