A master manipulator of the politics of perception, this one-time Congress bigwig seems unwilling to bow out without staging a closing piece of drama. 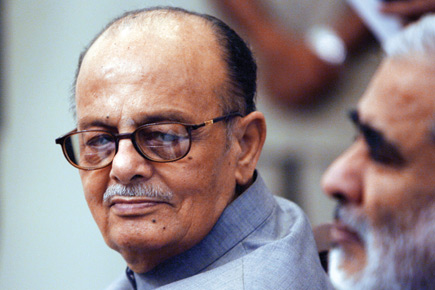 A master manipulator of the politics of perception, this one-time Congress bigwig seems unwilling to bow out without staging a closing piece of drama.


For weeks on end, the Congress’ ageing patriarch Arjun Singh had kept the party on tenterhooks with his silence on the Bhopal Gas Tragedy. It was a party that had succeeded in keeping the Bhopal scrutiny off the role of its former Prime Minister Rajiv Gandhi, but no one was sure how the sidelined Arjun Singh would react. Deprived of power, he was a politician given to high-stakes political theatre—reason enough for the chewing of nails within the Congress.

On the day of the Bhopal debate in the Rajya Sabha, he made a quiet entry on a wheelchair. A visibly worried Finance Minister Pranab Mukherjee stayed glued to his seat till Arjun Singh finished speaking. The speech, delivered in his trademark slow-but-emphatic manner, was not without its rhetorical flourishes. But when it ended, the party heaved a collective sigh of relief. The veteran Thakur leader had sought to clear himself of complicity, while implicating his arch-rival PV Narasimha Rao (Union Home Minister then, and now long dead) in ordering the release of Union Carbide CEO Warren Anderson. Even so, he said nothing to quell speculation on why the then PM—Sonia Gandhi’s late husband—was unaware of what his Home Minister was doing on such a critical matter.

This is typical of Arjun Singh. The Congress will have to hold its breath for a while longer, though, as Arjun Singh’s autobiography is slated for release early next year. The potentially explosive book, A Grain of Sand in the Hourglass of Time, is being brought out by an American publisher. But much may depend on what the party does to placate the old man in the meantime.

In his final act of theatre, Arjun Singh is living up to his image—an image based on his belief that politics is but the skill of manipulation. This skill, which he learnt quite early in his political career, has been the mainstay of his politics. The first time he experimented with it was in the early 1980s, when he had barely begun his first term as Chief Minister of Madhya Pradesh (MP). Back then, his big challenge was his standoff with the party’s doughty Shukla brothers (Shyam and Vidya Charan), who could not countenance this upstart. The game Arjun Singh played altered the state’s political landscape and assured him a mass base of support. He set up the Mahajan Commission in MP along the lines of the Mandal Commission, on the 1982 recommendations of which he announced reservations for Other Backward Classes (OBCs) in educational institutions. He never intended implementing the quota, surmised observers at the time; a specific admission case was challenged in court, and Arjun Singh used that as a pretext to withhold the affirmative action programme. But he was seen as pro-OBC, and it won him their votes.

It was a tactic worthy of Singh’s political mentor, senior MP Congressman and former Chief Minister DP Mishra, once regarded both as the Chanakya and ‘iron man’ of MP politics. It was the sort of craftiness that, short of prime ministership, saw Arjun Singh achieve all his ambitions. He has wielded power as CM, Governor, Congress Working Committee president, and a Union minister. In MP, till his own protégé Digvijaya Singh downsized his power, he even rode an OBC wave in his favour.

Arjun Singh has blended this acumen with a characteristic that is no less important in Congress politics—utter loyalty to the Nehru-Gandhi clan. An ability to play courtier seems to come instinctively to him. So charmed has been his approach that events which would have wrecked other political careers have seen Arjun Singh gain clout. After the Bhopal Gas Tragedy, questions were raised about his closeness to the Union Carbide management. But he got away. Then, as Punjab Governor during the state’s crisis phase, he escaped blame for the 1985 Rajiv-Longowal Accord, a flawed agreement of which he was a key architect. The unwinding of the Accord led to a disastrous spiral of violence in Punjab, but he whistled his way out of the mess. Even charges of graft that surfaced in 1997—the alleged diversion of funds from Churhat Lottery—did not injure Arjun Singh’s position in the Congress.

After the tragic mid-election death of Rajiv Gandhi in 1991 and the Congress victory, he was among the frontrunners for the post of Prime Minister once Sonia Gandhi declined the party’s call to enter politics. This, however, was the beginning of Arjun Singh’s political downfall. An intense rivalry between him and Sharad Pawar saw Narasimha Rao eventually emerge as PM. And Digvijaya Singh took over as CM of MP.

Gallingly for him, Rao as PM was unresponsive to his entreaties, and after the Babri Masjid debacle of 6 December 1992, Arjun Singh even attempted to overthrow Rao. He deployed an entire range of manipulative skills to that end, but the Congress stuck with Rao. Not one to give up, Arjun Singh, sensing the coldness that had developed between Rao and Sonia Gandhi, started waxing nostalgic about the ‘secular leadership’ of the Nehru-Gandhi clan.

All this saw him leaving the Congress in 1995 to form his own party—with ND Tewari, an Uttar Pradesh party leader.

In 1997, Arjun Singh manoeuvred his way back into the Congress, once Sonia Gandhi began to take an active role in its affairs. He was playing loyalist again. In May 1999, at a Congress Working Committee meeting, PA Sangma and Sharad Pawar launched a direct attack on Sonia Gandhi. As Congressmen sat and watched in stunned silence, Sonia got up and walked out—with Arjun Singh on her heels. As her discomfiture had mounted, he had stood there bowing, with folded hands, silently entreating her not to walk away from the party. She didn’t, as it turned out after the drama was over. And the leaders who rallied around her ensured that Sharad Pawar would forever remain a regional leader.

Manipulative victories could not, however, stop Arjun Singh’s downward electoral slide, his MP bastion taken over by his protégé Digvijaya Singh. Sonia Gandhi rewarded him for his loyalty, though, with a Rajya Sabha seat in 2001. After the Congress’ victory in May 2004, which saw Manmohan Singh become PM, Arjun Singh sniffed another opportunity. As HRD minister, he was seen attempting to play OBC quota politics again—perhaps to signal his value as a mass vote catcher, in contrast with the supposedly bureaucratic PM. However, Manmohan Singh’s political instincts turned out to be sharper than anyone expected, and it proved impossible to play the Congress President against the PM. Things reached such a stage that Arjun Singh was seen as an irritant in the Cabinet, a man with his own agenda.

When Manmohan Singh’s government returned to power in May 2009, Arjun Singh found himself bereft of a Cabinet berth. Ever since, the wily Thakur is thought to be raring to strike back. The Bhopal Gas Tragedy was an opportunity for him. His extended silence on the controversy around the release of Anderson and the manner in which he broke it, both suggest that this man has not given up what he knows best: making political calculations.