All India Bakchod: Licence to Lampoon

One of the smartest and funniest humour collectives in India today 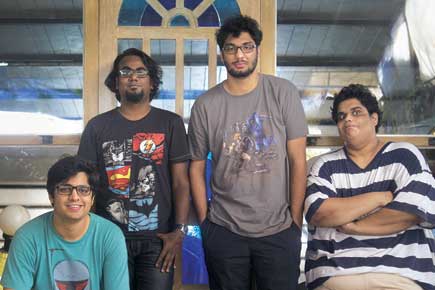 English comedy in India can be funny but it is seldom edgy. All India Bakchod has changed that. The group—initially founded by Gursimran Khamba and Tanmay Bhat and later joined by Rohan Joshi and Ashish Shakya—is one of the smartest and funniest collectives out there. They started out as two guys on a podcast, but have grown to do live stand-up, sketch, musical and improvised comedy and now have a YouTube channel as well which has over 1.52 million subscribers. For AIB, everything is fair game. In 2015 they truly flexed their muscles by entering the choppy waters of policy and politics. Their ‘Save the Internet’ videos not only explained the knotty issue of net neutrality and how internet companies work, but also showed us why ordinary citizens should care about it. Their work stands out not only for their wit, but because it is well-researched and intelligent. They prove there’s nothing like facts to clinch an argument.

“If we can get you to laugh at a worldview that you may not agree with, we’ve gotten past your defences in a way that we wouldn’t be able to in a heated conversation”