After UP, a Congress Comeback in Bihar

The party got a big chunk of upper caste votes in the state. 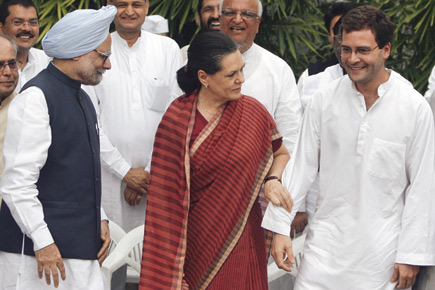 Congress is now way ahead of BJP in vote percentage.


Beneath the razzle-dazzle of the bypoll results in Bihar, there is an emerging pattern that many in Delhi have missed—the Congress can no longer be treated as an after-thought in the state. The party is now ahead of the BJP in terms of vote percentage, a status the grand old party has regained after over a decade in Bihar.

In the by-elections to 18 Assembly seats held on 10 and 15 September, the Congress got around 15 per cent of votes while the BJP came down to around 10 per cent of total votes polled. Though both parties won two seats each, there is a clear pattern of upper castes moving away from the BJP and towards the Congress.

If in the Lok Sabha polls Congress wrested some minority votes from Lalu Prasad’s Rashtriya Janata Dal (RJD), in these bypolls, it has bagged a big chunk of upper caste votes which gave the winning edge to Janata Dal-United (JD-U) and BJP combine in earlier elections.

“The Congress was passing through a credibility crisis. The Lok Sabha polls and recent by-elections seem to have ended that phase. We have now emerged as the most credible secular party in the state,” Bihar Pradesh Congress Committee president Anil Sharma tells Open.

The unsettling of the old social coalition has sent tremors across the political spectrum in the state. Lalu Prasad has offered an olive branch to upper castes, saying, “We have always sought the blessings of Brahmins before embarking on any important endeavour.” Alerted by the bypoll results, he met Sonia Gandhi and proposed an electoral tie-up in Bihar.

The Congress, however, is thinking otherwise. “Congress has benefitted after parting ways with Lalu Prasad in Bihar. There is a consensus that there should be no alliance with him,” says party spokesperson Shakeel Ahmed.

The realignment of social forces has led to infighting within the NDA. “While the Congress has emerged from nothing, the BJP is headed towards nothing,” says BJP MLA Chandramohan Rai, attacking the party’s state leadership for the debacle.

The revival of the Congress in Bihar may be silent or at least not as pompous as in Uttar Pradesh where Rahul Gandhi is leading the charge, yet the by-election results indicate that for the grand old party, the moment has almost come in this part of the Hindi belt—before it takes on Mayawati and Mulayam Singh Yadav in Uttar Pradesh.