Kerala, West Bengal, Assam, Tamil Nadu and Puducherry, as different as they are, offer a bigger picture when considered together 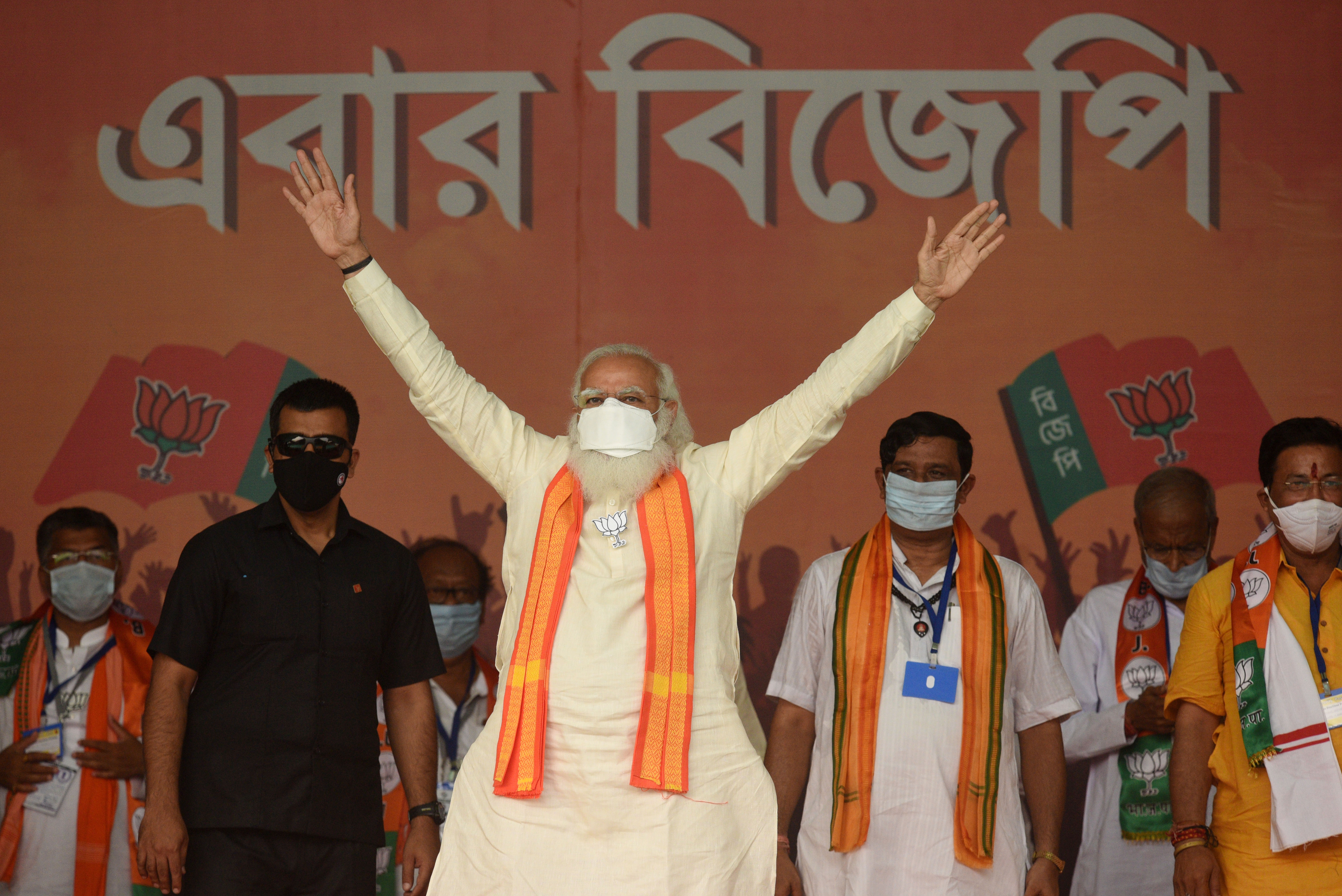 
MAMATA IS THE OPPOSITION: Mamata Banerjee is now the main face of the opposition without question. In retaining West Bengal, and with a big majority, she has not only beaten back the BJP juggernaut but also eclipsed all the other opposition leaders in the east and in northern India. Above all, she has the mandate of well above 200 seats as her credentials. What happens in the opposition camp hereafter depends on how other, now diminished, leaders of the opposition deal with her. She has her best chance yet to be at the helm of an anti-BJP front but a lot of it is not in her hands. Would Akhilesh Yadav or Mayawati make room for her and accept her leadership? Besides, in the next big contest coming up—Uttar Pradesh in 2022—she will have no role to play.

BJP IS NOT A LOSER: The party has fallen short, perhaps far short of the lofty predictions made for it in West Bengal by pollsters. However, anything the party would get in Bengal would be a gain, given the three seats it held in the last Assembly. To finish in the mid to high seventies (at the time of going to press) has made the party the only—and a solid—opposition in the 294-seat state Assembly (of which 292 went to polls). This picture is of course starker because of the total erasure of the Left Front and Congress in Bengal. On the other hand, in Assam, BJP has maintained its tally and thus made history by retaining power in the Northeast against the backdrop of the CAA and NRC agitations. Congress did do well in Lower Assam but completely miscalculated the impact of its alliance with AIUDF in Upper Assam and the Barak Valley. BJP’s path on CAA and NRC is now clear, as is it of other parties.


THERE IS NO CONGRESS REVIVAL: BJP may have lost its single seat in Kerala but has entered the Tamil Nadu Assembly and is getting into government in Puducherry for the first time. So the party has expanded its presence in the south. On the other hand, Congress has suffered a morale-shattering loss in Kerala; it has been wiped out in Bengal; and has disappointed itself in Assam. The party is not likely to boost the agitation against the farm laws after this, or pursue its campaign against CAA and NRC any more vocally. The biggest loss is for the Gandhis, and Rahul and Priyanka Gandhi especially, who had campaigned extensively in Kerala and Assam. Doubts about their vote-catching ability will deepen and the G23 group is also likely to be emboldened enough to raise the banner of revolt against the high command.

THE ARRIVAL OF STALIN: MK Stalin has emerged from his late father’s shadow, laying to rest all questions about his leadership abilities. The DMK chief is another new pole of the opposition now. However, he is unlikely to toe the Mamata Banerjee line. Stalin, as facts on the ground have shown, will be willing to do business with the Centre. He is unlikely to be confrontational when cooperation is the rational option.

CPM IS NOW VIJAYAN: CPM has now become a Kerala party. And it is Pinarayi Vijayan’s. The centre of gravity for CPM, and thus for the Left, has shifted out of Gole Market. As a matter of fact, that process had begun quite some time ago as the Left lost West Bengal a decade ago and then in 2018, it lost Tripura. Confined electorally to one state, the scales in the conflict between the party’s central leadership and its Kerala unit have now tilted firmly in favour of the latter which had opposed any alliance with Congress, such as in Bengal. With Vijayan becoming the first incumbent to retain power in Kerala (CPM has actually improved its own tally) and LDF the first coalition to return to power for a second time in nearly 45 years, his weight and will can now be expected to more directly and immediately decide the party’s business.