A Pause in Romance 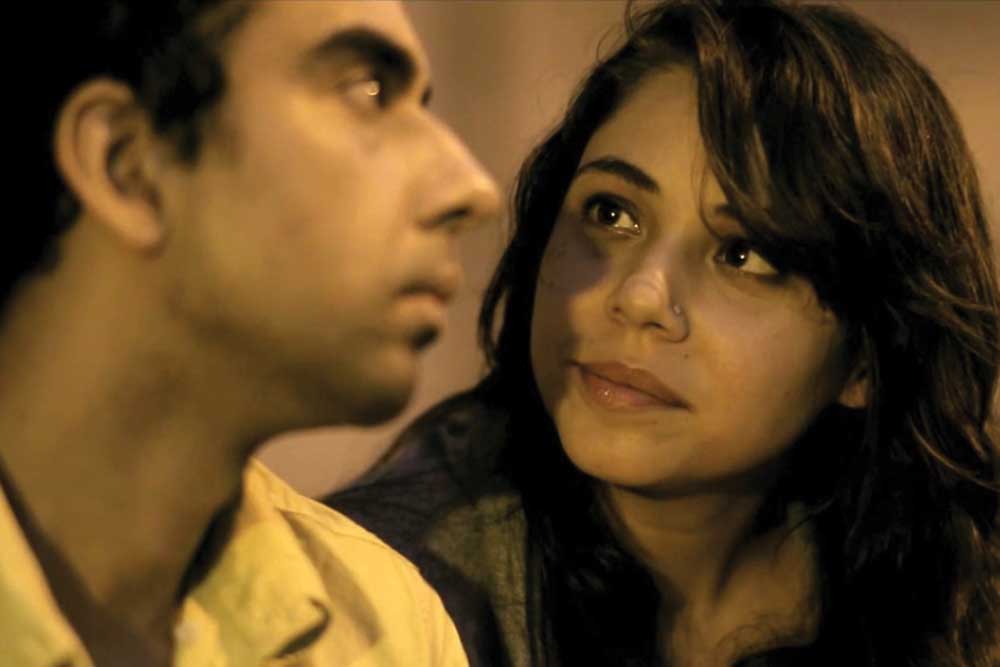 IN ANDHERI, LAST November, a film-crazy friend told me: “Film is dead.” He didn’t mean this in any categorical sense, for he watches movies constantly, and has worked in them, in various capacities, for the last decade. But he meant that his voice, and that of others in his generation, was not being heard in cinema—and that he was finally resigned to that. He now has a job at a company that makes online content. And not only him. A tribe of young urban Indians, some of whom may have had literary aspirations, and then film-making dreams, have finally alighted, like birds chased from perch to perch, onto the internet, from where, via web series and viral videos, they are singing their songs.

They have cobbled together a new medium in order to speak out, and have managed to attract a regular audience of millions. In a bitter though predictable irony, it is the novelty of the medium that has been scrutinised, not what has been said by means of it. But we should hear these voices carefully. Not out of pity, but to be fair. When we start to watch their videos, we do see a ‘new thing’ revealed in them, and no trivial one, a sentiment that has been drowned out in our films and buried under in our literature. Its name— as I understand it—is romance.

A hackneyed name. However, this is not your dad’s romance. Here we find no doomed longing, no star-crossed lovers. I am not speaking ill of these, nor denying the truth and the poetry attached to them. But they belong to a tradition of fatalism (which has deep roots in this country). The romance that these new voices have taken hold of, in contrast, is essentially inherited from the West. The British writer GK Chesterton called it ‘the best Western idea, the idea of spiritual liberty and danger, of a doubtful and romantic future in which all things may happen (italics mine).’ Not only may you dream of the girl, then, you may also get her. Not only may you begin a difficult race, you may also achieve victory. It is at once a glamorous and a practical worldview. But it is also elusive, and easily corrupted by those who grasp it to ‘sell’ it. Otherwise, we would see it in our movies. Yet, where glamour is paramount, everything turns sordid. For Bollywood, it is not glamorous enough to dream of starting a business, it must also be a grand criminal enterprise. It is not thrilling enough to woo a woman, she must be stalked and assaulted. Such things dominate the screen, and romance is lost to ego. Meanwhile, our literary world suffers from the converse anxiety, which is a total absence of self- confidence. Having little faith that our own written word can make us dream, we are subjected to pedantic accounts, to be carried around like guide-books, of how so-and-so got a naukri and a chhokri (a job and a girl); and these pass as romances.

Now turn to Indian web series—a humble medium, devoid of traditional intermediaries—where we witness something different. The protagonists have plans; turn an empty bungalow into a night-club (Bring on the Night); launch a food delivery service out of college (Baked); become entrepreneurs (Pitchers); make it in stand-up comedy (Humorously Yours). They get excited about these ambitions, which are sane and reasonable but not extraordinary, except the very excitement of the characters makes them so. Here is a feature of the genuine romantic spirit: it lends glamour to ordinariness. One of the most compelling sequences in Pitchers (deservedly the best-known of these web series), is when the young entrepreneurs consider, and turn down, a big funding offer. We only know that they didn’t think the investor’s vision matched theirs. That the protagonists have stayed honest and put one foot in front of the other in a straight line is dramatically significant, because everyday truthfulness is more arresting than anything, even though it is a mystery why.

And for this reason, we must demand from this tribe of Indian artists the full measure of what they have to offer. For, as plainly as they depict a good and romantic world, they undermine what is best and most romantic about it—the human person. The highest status anyone receives, in these shows, is that of a colleague. In themselves, when not chasing or helping someone chase a career goal, the men are merely comic, and the women, since they are not even joked about, have even less reason to exist. Therefore, all of the romantic pursuit that we see on screen, is aimed at things. Not gaudy or petty things, to be sure—or we wouldn’t even speak of romance. But things, and never people, which is the big cop-out. In Pitchers, Naveen Kasturia, who plays the lead (called Naveen), has a girlfriend, played by Maanvi Gagroo (Shreya). Their relationship is simply there. It is not fought for, the way his start-up is. When Maanvi has to move abroad for work, they break up at once, and with a kind of insane enthusiasm, he completing an impassioned speech about the timeless value of work and its priority over relationships, she acquiescing, and both carefully avoiding any valuation of the gift of a person. They are briefly in tears shortly afterwards, so we know they are not heartless; but by the same token, we know they are fools.

As plainly as they depict a good and romantic world, they undermine what is best and most romantic about it: the human person

This is not a one-off. It is a pattern in these stories. It is the model relationship, featuring lead characters who are presented as full of relatable intelligence and earthy wisdom. And they are indeed realistically drawn, which is what makes their behaviour distressing. If these were mere Bollywood sagas set in 16th-century palaces or luxury yachts, it would matter less. But to see a contemporary generation raising the banner of romance, then abandoning it when it matters most, and feigning triumph nonetheless, calls for comment.

Take two more examples. Permanent Roommates is the story of Mikesh and Tanya, a couple who start out casually; he makes dramatic proposals, which she merely endures. At some stage, they decide they really are in love and want to get married, but can’t seem to do it. There are difficult family members to be handled, crazed wedding planners to be overruled, and the obligatory work trips to the US that can’t be avoided. There is one thing or another, which our long-suffering duo must first set right. It makes for entertaining viewing, except for the emotional toll it takes on Mikesh and Tanya. And we want to sympathise, but as soon as they have extracted our tears, they quickly dry their own, and preen again over nothing. Plainly, this is a couple who are fearful of marriage, who are unequal to the occasion, and are surviving on the very distractions that pad every episode. Now, there is no shame in their weakness. They are pioneers, trying to build authentic romance in a society that fails to show them how. The shame is that they cannot admit to their weakness, and would rather be applauded than helped.

This self-satisfaction is seen at its starkest in Little Things, a web series devoted to the daily life of a young city couple. We watch as Dhruv and Kavya eat out, order in, go to house parties, binge-watch TV shows, and sleep late. Like beloved children, all their needs are met—by the favourite restaurants, the chosen salons, the entertaining friends, the good people at Netflix. So seductive is this vision of a relationship, that we almost forget that it makes a cipher of the couple—the man and the woman. What is exalted here are the restaurants and TV shows, to patronise which seems Dhruv and Kavya’s only reason for getting out of bed. Strikingly, the couple never really praise each another in any of these web series. From the fullness of their hearts, they admire material things. For each other, they have nothing to offer but grudging compliments, or the toning down of complaints. There is never that mutual thanks-giving, which, like flint struck on flint, sets the fire going.

No wonder, then, that no matter who the actors or how they look, the man in these relationships is always role-playing the child, subject to bouts of maturity, and the woman the matron, subject to bouts of immaturity. Their sexual relations, which they boast of and propagate, appear to be a compromise between sibling affection and pornographic fantasy. Lacking is the inexplicable tenderness, the sheer necessity for one another alone, that must always look like madness to the world. But these are worldly lovers. It’s no coincidence that the one time in Little Things that Dhruv and Kavya find themselves alone in a beautiful place without the crutch of food or a movie, they start discussing careers. Or that Mikesh and Tanya, on the day they are trying hardest to repair their relationship, devote themselves to sitting in restaurants and visiting cinema halls—the objects they have made into their gods.

Yet, their voice is indispensable and vital. It isn’t hard to understand why, when they have never been taken seriously by film or literary big-wigs, they are shy of speaking the truth and the whole truth in web series. Moreover, in presenting to us such tepid and worldly romances, I am sure they are more deceived than deceiving. Still, if they continue to milk their material for easy laughs, and choose to overlook the wounds at the heart of it, who can excuse them? This medium’s hunt for ‘likes’ and ‘comments’ is its peculiar trap. But their calling as storytellers is far more important than any medium, and what they possess, the possibility of infusing romance into everyday life in India, is too important a gift to squander.