The Price of Petroleum Politics 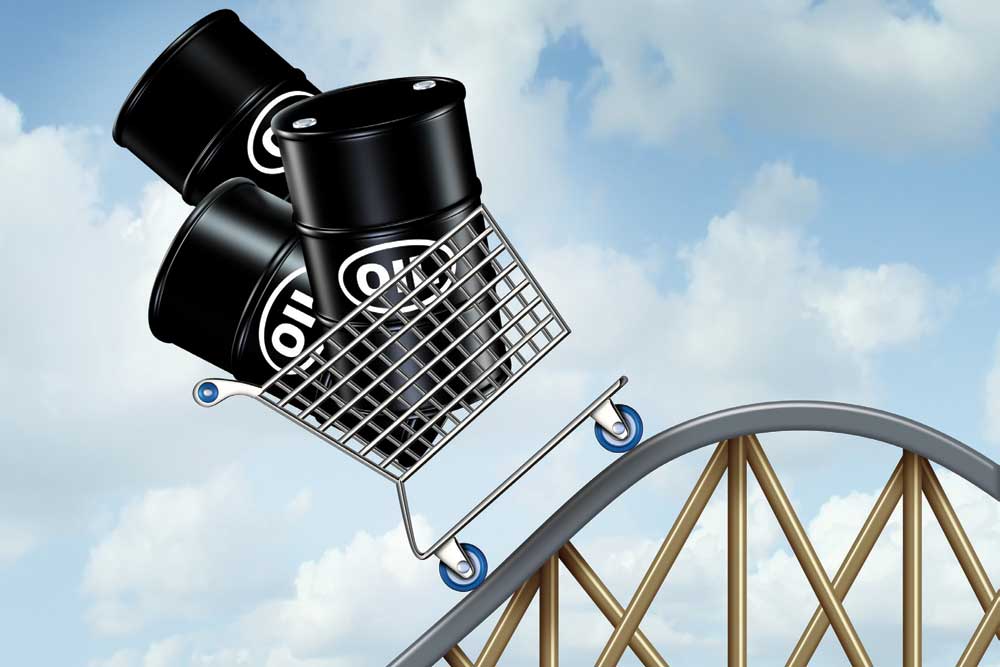 AFTER A CONTINUAL rise in prices of petroleum products for 16 days, consumers in India breathed a sigh of relief on May 30th, when prices came down marginally in Delhi, Mumbai and other cities. Since March, when global crude oil prices hovered at just under $60 per barrel, a gallop of sorts took place until May, by when they had touched $72 per barrel. In the last few days, prices have softened a bit and it is expected that the burden on India will reduce.

Along with oil prices, politics over ‘high prices’ also heated up over these weeks. One standard allegation is that prices were allowed to stay where they were in the weeks before elections in Karnataka and allowed to rise painfully fast after that. There are other curious political stories as well, few of which stand up to scrutiny. Oil pricing in India is a complicated matter. A mix of taxation issues, lack of domestic production—India imports 80 per cent of its requirement—and fragile fiscal arithmetic all around make the oil story as wild as the swings in its prices.

Volatility in global crude oil prices is not new. Every decade witnesses sudden spikes and downward movements. A diverse set of issues, ranging from heightened geopolitical risks such as war to changes in supply and demand trends and concerted efforts by oil-producing countries to cut back output to push prices up, lie behind these changes. Forecasting oil prices is a fool’s errand and the swings are often wild. In July 2008, crude prices touched almost $147 for a barrel, sending shockwaves in India and creating a big hole in its budget.

Something similar is at hand now, albeit not of the scale seen in those years. The other complicating factor for governments— both Union and states—is that revenues from the sale of petroleum products are a big part of their kitty. For the Central Government, this is a double problem. On the one hand, oil revenue is an important source of money for various social sector programmes, including the resource-guzzling Employment Guarantee Scheme. On the other hand, these monies are ploughed back to the states in the form of devolved taxes and grants. For state governments, oil revenues are a money spinner.

The net effect is that oil products in India are in part expensive because of the taxes levied on them. In rupee terms, taxes on petrol account for 50 per cent of the retail price. This is very high when compared to the US (where the tax figure is barely 17 per cent), but relatively lower in comparison with European countries like Germany (where it is 63 per cent). If one adds the sudden surges in global crude prices—which are passed on partially to consumers—the combined effect on pump-level prices is heavy.

Over the last fortnight or so, this has led to a veritable slugfest in the political arena. There have been accusations that the BJP Government at the Centre has ‘frittered away’ the gains that were made when oil was cheap globally in the past few years. Then there’s the potentially politically damaging charge that under the UPA Government—when global crude oil prices were far higher—retail fuel prices were lower than now, while the import cost of crude oil is lower. All this makes managing the political economy of oil a very difficult task for any government. This time, it is for the BJP-led administration to face the music.

Can something be done, and if so, what are the options? One ‘solution’ being considered is that of forcing the government-run ONGC to sell crude oil to oil marketing companies (OMCs) at a hefty discount on the prevailing international prices. This, it goes without saying, will be detrimental to ONGC’s financial health. The trend over the last decade is that whenever global prices harden, this company ends up shelling out a heavy discount to domestic refiners. The other option is to ask OMCs not to raise prices at the retail end, which effectively means asking them to suffer losses. This was the preferred option of the previous Government, but one that led to huge under-recoveries from the selling of hydrocarbon products (which include LPG and kerosene). For example, in 2013-14—the year before the present Government was ushered in—total under-recoveries stood at Rs147,007 crore. The very next year, this figure fell by almost half to Rs 76,969 crore. Since then, due to a combination of prudent pricing of these products and a fall in crude oil prices, under-recoveries have gone down dramatically. In 2016-17, they stood at Rs 27,629 crore. Those on account of cheap petrol and diesel stood at zero. Recent years have seen a major shift in the structure of subsidies, with the bulk being channelled effectively to the needy via direct benefit transfers. The subsidy on kerosene—a fuel for the ‘poor’—cannot be ended for political reasons.

Burdening oil companies, however, is a rather fragile solution. As the retail price reductions of May 30th show, the moment the price of fuel begins to pinch the ‘common man’, any government comes under pressure to bring them down rightaway. Here, a Hobson’s choice awaits it. If it orders ONGC to sell below prevailing global prices, it distorts the very fount of oil pricing in the country. If, instead, it orders OMCs to sell cheaply, they are likely to have a near-death financial experience, as they did in the UPA years.

An alternative is to tinker with taxes levied on hydrocarbons at the Central and state levels. This is an even harder option to exercise. The sector contributes a huge sum of money to both the Central and state exchequers. While annual contributions fluctuate wildly—on account of fluctuating prices—the sector’s average contribution by way of taxes, dividends, etcetera, to the Central Government stood at nearly Rs 2.3 lakh crore from 2013-14 to 2016-17. For a country with vast demands on its resources and very few sources of effective taxation, this is not an easy proposition to accept. There will be three immediate consequences of reducing taxes. One, it will make a hole in the Centre’s fiscal arithmetic. Two, all revenue receipts are ‘fungible’ from an end-use perspective. Thus, a part of the oil revenue goes back to the states in the form of grants, aid and other constitutionally-mandated disbursements. Any reduction in revenue will either curtail this downward flow of revenue, or, if it does not, turn the Centre’s fiscal position untenable. Three, at a macroeconomic level, any relief from reducing taxes will be short-lived: as soon as prices are reduced, demand for petroleum products will go up almost instantaneously, complicating the fiscal math once again.

If the Centre has its own economic compulsions not to cut prices unless its hand is forced, can the states chip in? If the Government gets a tidy pile of taxes, states also get an important share of oil revenue directly. For example, in the years from 2013- 14 to 2016-17, the average tax receipts of states from oil stood at almost Rs 1.7 lakh crore a year. For some states, particular the richer ones, it is a significantly large sum. In 2016-17, Maharashtra garnered Rs 23,160 crore from Sales Tax or Value Added Tax (VAT) on oil sales; Tamil Nadu got Rs 12,563 crore, and Uttar Pradesh, Rs 15,850 crore. When one compares all the sources of revenue that states have, this is the most lucrative and durable one. Any state would be loath to part with this money.

More than anything else, this is the reason why oil products are so difficult to bring under the ambit of the Goods and Services Tax (GST). Each state has its own set of taxes on oil products that vary tremendously. Andhra Pradesh, for example, levies 31 per cent VAT and an additional Rs 4 per litre as VAT on petrol. It has a different rate for diesel. No two states have an identical structure of taxes on these goods, making the task of computing a ‘revenue neutral’ tax rate under GST a challenge. This is not impossible to do, but given the ‘every state for itself’ attitude that was seen during the GST negotiations, it seems a politically exhausting task.

It is in this context that the demand of some states for lower excise duty on oil products is so reckless and politically self-serving. The retort from the Centre could be: why don’t you reduce taxes? The simple answer is that state governments are revenue-seeking entities that do not want to change their behaviour. If the Central Government were to accede to their demand and reduce prices, it would also reduce the flow of revenues that go to the states. Would they agree to that arrangement? No one knows, but it is hard to believe they will.