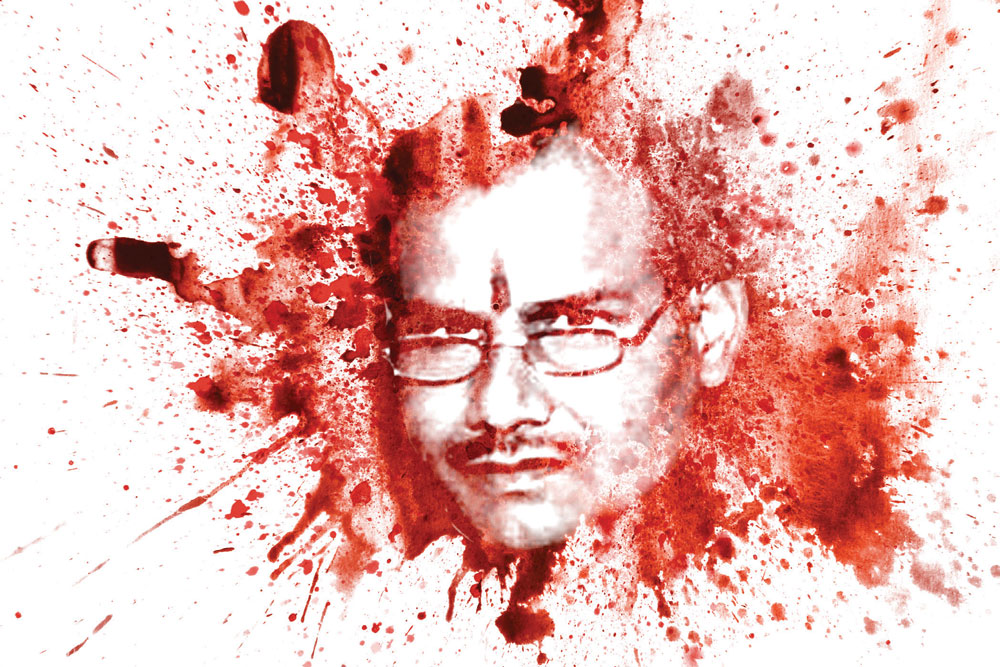 ON FRIDAY, OCTOBER 18TH, a controversial politician who led a fringe Hindu outfit was murdered in Lucknow. The chase to nab his killers finally ended on Tuesday, October 22nd, in Shamlaji, a town on the Gujarat-Rajasthan border. There, the Gujarat Anti-Terrorism Squad nabbed two persons alleged to have killed Kamlesh Tewari. With the arrest of Ashfaq Hussain Jakir Hussain Shaikh (34) and Moinuddin Khurshid Pathan (27) along with three other suspects nabbed earlier, the case may finally head towards closure.

Tewari led the Hindu Samaj Party, an outfit that gained prominence after his arrest due to a controversial statement, construed to be blasphemous by Muslim clerics in 2015. That year, in response to a string of statements and counter-statements by politicians, Tewari was detained under the National Security Act by the Uttar Pradesh (UP) government. At that time, Akhilesh Yadav was the Chief Minister of the state, heading the Samajwadi Party government there. The UP government’s action came after a wave of unrest hit the state. Some months later, Tewari was released on the orders of the Lucknow bench of the Allahabad High Court. His entanglement with clerics and radical elements dates to that time. Last week, it seems, it proved be fatal. Tewari’s family has alleged that two Bijnor clerics were responsible for his murder and the criminal conspiracy behind it. These are, of course, matters of detail that the UP police and, ultimately, the courts will have to determine.

What stands out in the entire saga, however, is the swiftness with which the alleged culprits were nabbed. First to fall in the net was the trio of Rashid Pathan, Faizan Shaikh and Maulana Mohsin Sheikh. They were detained in Surat. The entire sequence of actions, all the way to Tewari’s murder, was amateurish. The suspects in Surat were nabbed after the killers left a box of Gujarati sweets at the scene of crime. That box had a bill that led the police to a sweet shop in Surat. From there, it was a small step to the trio.

In the meantime, the two alleged hit-men, Shaikh and Pathan, first fled to Nepal, then to Shahjahanpur in UP and finally to Gujarat. There, they ran out of money and luck. A combination of technical surveillance and a mass of clues left behind by the sloppy conspirators undid them. For example, the SIM card used by the two to speak with Tewari and their associates was bought in Kanpur. The documents used to purchase the SIM along with the CCTV footage at the shop matched the CCTV evidence gathered elsewhere. Given the inter-state dimensions of the case, this was a very swift and effective operation by the state police.

That, however, is just one aspect of the case—the actual killing of a person who found himself embroiled in a religious-political tangle. That leads to more questions than answers at the moment.

Historically, killings premised on blasphemous utterances have not been unusual in South Asia. One of the earliest modern examples is that of Swami Shraddhanand who was killed in December 1926. Shraddhanand was an Arya Samaj leader who was active in the shuddhi or re-conversion movement in the 1920s. This did not win him friends anywhere. The liberal opinion of the country—as it then existed—and the clerics were both opposed to the idea. The clerical reaction to this process was extreme. Matters came to a head when the Hindu leader became the head of the Bhartiya Hindu Shuddi Samaj in 1923 and attempted to reconvert people in the then United Provinces—the UP of today. Three years later, he was felled by an assassin.

Three years after the killing of Shraddhanand, probably the best-known example of a blasphemy killing took place in the British Punjab. There, in Lahore, an illiterate apprentice of a carpenter knifed to death the publisher of a book that had angered Muslim opinion in the province. Mahashay Rajpal, the publisher of Rangeela Rasool, was killed on April 6th, 1929, by Ilm Deen, a fanatic crazed by speeches he heard against the publisher. Deen was barely 20 years old when he carried out the attack. A battery of lawyers, including Muhammad Ali Jinnah, tried to save him. In the end, he went to the gallows. The eulogy at his funeral was given by none other than Allama Iqbal, the face of modern Islam in South Asia.

These are, however, historical examples that are at a long remove from the events in Lucknow. While they do not suggest a continuing trend, the danger of a latent idea becoming manifest—punishing an alleged blasphemer by death—remains alive. In the week since the murder of Tewari, the UP police have been careful not to ascribe any motive. In a televised response, the state’s Director General of Police, Om Prakash Singh, clarified that until the investigation was complete, he would not like to speculate on the motives. Interestingly, however, he added that the UP police would like to find out the movements and doings of the suspects in the case.


Kamlesh Tewari’s murder is not a simple law and order issue even if suspects in the case end up being tried for murder. In arresting the dangers of religious radicalism, India has failed to craft a proper response. As long as political blinkers continue to affect attempts at understanding radicalism, such events will continue to recur

Some of the facts are indeed puzzling. Take the case of Ashfaq Shaikh. By all appearances he led an ordinary middle-class life: he worked as a medical representative for a Mumbai-based pharmaceutical company and had no criminal record. Yet, he chose a course of action that is inexplicable in normal terms: he had no reason to kill Tewari as he did not know the man before. Shaikh used the Aadhaar card of a colleague, one Rohit Solanki, to forge an identity that would allow him to access Tewari. On the face of it, the case involved extreme passions on the part of the alleged killers.

In arresting and containing the dangers of religious radicalism, India as a country has been unable to craft a proper response. One big reason for this is the clear political division in its civil society. The dominant theme therein is that alienation among minorities causes them to take up arms and resort to extremist violence. This is a superficially plausible argument. But a closer examination of facts and history shows that it has a weak or a non-existent link with reality.

Studies of such events worldwide show that radicalism, especially religious, is by and large a middle-class development. It is not a case of the poor picking up arms to fight for their rights. Similarly, the question of alienation is ill-posed.

Consider the civil society claim that Muslims in India are alienated. Even if one concedes this for the sake of argument, what, in that case, explains the historical record that starts from the killing of Shraddhanand and ends with the gunning down of Salman Taseer, the late governor of Pakistan’s Punjab by his gunman Mumtaz Qadri in 2011? Taseer had ‘angered’ many because he was fighting for the rights of one Asia Bibi, who had been sentenced to death in a blasphemy case.

These are, however, matters sacrificed at the altar of political correctness. This is not a simple law and order issue even if suspects in Tewari’s case may end up being tried for murder. As long as political blinkers continue to affect attempts at understanding religious radicalism, such events will continue to recur. 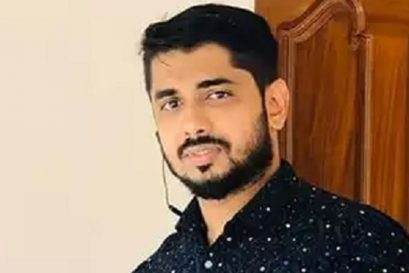