When India made an English summer cool. Glimpses from the first edition of Indian Cricket Heroes 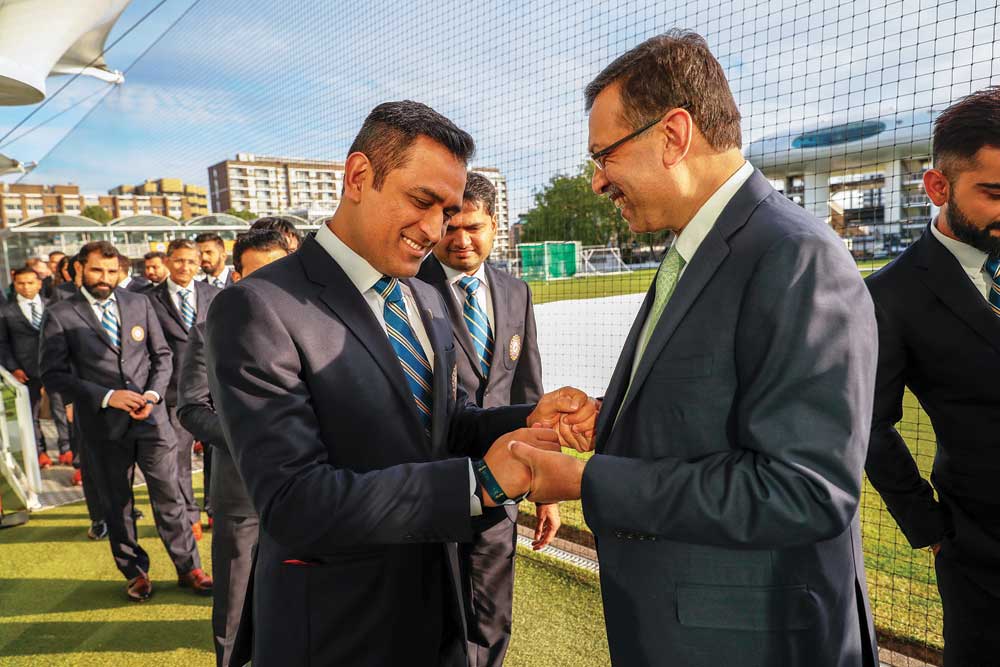 
IT WAS THE PERFECT setting for the inaugural edition of the Indian Cricket Heroes (ICH), a joint initiative of the RP-Sanjiv Goenka Group and the Virat Kohli Foundation. A beautiful English summer day with temperatures around 15 degrees welcomed the guests to Lord’s, the mecca of cricket. With the entire Indian team in attendance, a rare occurrence on the eve of the World Cup, and Bollywood actors descending into central London, it was a heady cocktail of sports and entertainment spruced up with anecdotes and humour, sprinkled nicely by hosts Farhan Akhtar and Shibani Dandekar.

The thing that stood out in the course of the event was the conscious decision by the organisers to be gender-neutral. The ‘Hero of the Year’ nominees included both men and women and this was a first in the history of Indian sport. Speaking about this decision, Sanjiv Goenka, founder and co-chair, ICH, stated it was indeed a conscious call. “We wanted to make sure we honoured both men and women in the same vein and measured them with the same yardstick. The jury was unanimous on this issue and Virat was always clear we needed to value women’s performances in the exact same manner as we did for men,” mentioned Goenka.

The evening was rolled out by Farhan Akhtar with a reference to Sourav Ganguly and the Natwest final of 2002, a reference that has become synonymous with Lord’s for every Indian cricket fan. And Sourav himself has always added spice to the story. “The moment I started taking off my shirt, VVS Laxman, the typical conservative Hyderabadi that he is, started pulling it down and telling me not to do so! Harbhajan Singh on the other hand kept asking me if he too should take off his shirt and join me in the act!”

From Kapil Dev drinking milk to Sourav Ganguly taking off his shirt to Virat Kohli and MS Dhoni sharing stories about their superstitions, the evening soon turned into a thrilling 50-over match with the intensity sustained right through.

Akhtar, who was excellent as host, asked Kapil if he did drink milk after the 1983 World Cup final victory as the audience rolled over in laughter. And the legend, somewhat stumped by the incoming delivery, handled it nicely. “Milk achha hi hai na? Bura toh nahi,” quipped Kapil and then went on the front foot in trademark style. “That doesn’t mean I did not drink champagne,” he said, dispatching the delivery over the boundary.


While Jasprit Bumrah won the ‘Hero of the Year’ award, Smriti Mandhana was recognised for the very special performances that she has put on for us all year round

When I met him immediately after the event was over I did ask him about the champagne, for it is said that he had secretly carried a bottle of champagne with him on the morning of the final, just in case. Yet again, Kapil was in his stride in a flash. “It was no secret. I did indeed carry a bottle of champagne because I was confident of our chances based on the kind of cricket we had played in the Prudential Cup. And as the game got over I went to the West Indian dressing room to speak to Clive Lloyd and was surprised to see cartons of champagne lying around. Clive, who I still call skipper, was justly disappointed with the result and I remember telling him that he or his boys wouldn’t need the champagne bottles and they were better off being in our dressing room. Clive readily obliged and I carried four champagne bottles back to our dressing room. These are the bottles you have seen in photographs of our celebrations,” said Kapil.

That’s when Sanjiv Goenka joined the conversation and I couldn’t resist the temptation of asking him what he was doing on June 25th, 1983, when it all changed for Indian sport. Each of us have our own stories, and Goenka has his. And I have to admit, his answer left me stumped. “I did not have the money to go to the ground, for my father hadn’t given me the money,” said Goenka with a smile. That’s when Kapil Dev came in. “He did not have the money then to come and watch us play. That’s why he has got us all together here at Lord’s tonight to look back and celebrate,” said Dev.

The other high point of the evening was the banter between Harbhajan Singh, MS Dhoni, Virat Kohli and Yuvraj Singh, who was felicitated for his extraordinary performances in the World T20 in 2007 and the 2011 50-over World Cup. While Harbhajan enlightened the audience about Dhoni’s superstitions, MSD, never one to back off, fended the delivery saying, “With each game, I come up with a new one! Every cricketer has a superstition and I have tried to do things differently all through. Some step into the ground with left foot first and I did the same for a while. Then I forgot which foot works better for me,” he said leaving the audience in splits.

While Jasprit Bumrah won the ‘Hero of the Year’ award, Smriti Mandhana was recognised for the very special performances that she has put on for us all year round. And Mandhana, the new superstar of the Indian women’s game, summed up the sentiment of the audience beautifully when asked to speak. “We had come really close in 2017. It was a match we should have won. We fell short by the agonising margin of nine runs. I must say it still haunts each of us,” she said, looking dapper in a flowing dress matching the Bollywood actors bit by bit. But the flowing cover drive from her was yet to come. “What we were unable to do here at Lord’s, I wish the boys can do that a-month-and-a-half from now. All of us in India will be praying for the boys as they play the World Cup and get the Cup back home.”

She had said it perfectly. As the applause refused to stop, I asked Sanjiv Goenka if ICH will be repeated next year as well. “It is indeed an annual affair. Next year, we will take this to Australia ahead of the World T20,” said Goenka. It was a befitting note to call stumps.