Watch Out for a Potential Property Bubble 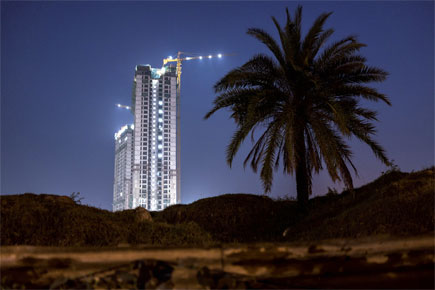 Speculators are good sniffers. Especially of money-making opportunities. They have a nose for which asset classes are likely to multiply their wealth. Lately, among the openings they seem to have spotted is real estate. Ever since the Government curbed gold imports, a measure to contain India’s current account deficit, many of them have been buying property. A report by India Ratings & Research points to a marked upward trend in prices of residential units since mid-2013, coinciding with the imposition of stiff duties on gold: ‘Demand for residential units has a substantial investor/speculator component,’ it says. The result has been higher flat prices at the cost of end-user demand, with few homes being bought by people who actually want to live in them.

“Speculator entry is negative for the real estate sector,” says Vinay Betala, author of the report, “as end-user demand, on which the sector’s sustainability depends in the longer term, is being destroyed by this short-term [speculative] love of this asset class.” However, developers seem to have developed a cosy relationship with speculators, as they seem pleased to oblige them with property rate hikes to satisfy their return-on-investment expectations.

Could this create a real estate bubble? Perhaps. Analysts say that developers are aware of the importance of end-users; they form their primary market. “Genuine end-user buyers are offered big discounts in closed-door negotiations with developers,” says Ashutosh Limaye, head of research at Jones Lang LaSalle India, a real estate consultancy. “So price corrections do happen,” he adds, “but behind doors and without distorting market prices.” The upshot: neither does the Indian market for homes appear to be overpriced, nor do their stated/published prices fall.

While construction costs have risen by 30 per cent in the past four years, apartment prices have gone up by an estimated 50 per cent, by and large. This partly reflects the rising cost-of-capital of builders, who often prefer to block money in unsold stock than sell cheap. This is bad news for end buyers. Late last year, the RBI changed realty-lending norms in a manner that raised capital costs for developers even further. And the RBI has just upped loan rates again. As Betala suggest, builders ought to start selling flats at lower prices instead of letting a bubble inflate. This is a market that needs to sort itself out.