The Secret Ring of Private Equity

It’s money that is noiselessly and forcefully reshaping Indian business. Some $10 billion is set to come in this year, making India one of its hottest destinations. 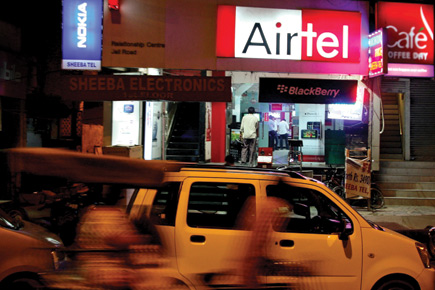 It’s money that is noiselessly and forcefully reshaping Indian business. Some $10 billion is set to come in this year.


Adam Smith’s seminal contribution to the world was the idea that free market capitalism is guided by a hidden hand that turns self interest into economic expansion, thereby helping everyone without even trying to. If self interest is what energises the so-called ‘invisible hand’, private equity is like an upper-cut delivered by it. Swift and effective, no half measures. In place of boxing gloves, picture money bags that move with stealth and invest with force.

Few people speak well of it. Fewer still understand it. But those who do, swear by it. In that sense, private equity is a cult. It allocates funds, turbo-charges businesses, and even prods competition. But to be able to do that, the sensors of private equity players have to be sharp, so sharp as to never miss an investment opportunity, however faintly it signals its existence. Success can transform entire industries, failure can cost millions.

As with any cult worth its zealots, this is a cosy club where relationships matter above everything else. Discretion is the watchword, as with any networkers’ paradise. Business is discussed over golf and yacht parties, even frenetic games of squash, or across dining tables beset with enough cutlery to last half-a-dozen courses of gourmet preparations. With millions, even hundreds of millions, to be invested in a business in exchange for a slice of ownership, deals can take their own time warming up before they are struck.

The basic idea is straightforward: the investor wants to see the business use the cash to achieve well-defined growth targets within a tight timeframe, and with his shares’ value thus raised by this success, to be able to sell them at a handsome profit. Of course, it’s not always equity that the investor buys; he often extends a loan, or offers a package deal that combines both equity and debt. “We aim at clear-cut growth. Investors are looking for exponential growth,” says Ajay Relan, private equity veteran and managing partner, CX Partners, “If you are looking for a 20 per cent internal rate of return (IRR), you go elsewhere. The aim in private equity is 50 per cent IRR or more.” He is busy tying up his latest fund. The size? Half a billion dollars (about Rs 2,200 crore).

What sort of businesses get lucky? Start-ups, typically, that have vast growth potential but lack the cash needed to expand operations quickly. Like venture capital, except this is not ‘seed capital’; the businesses already exist, mostly. Private equity investors bring not just money, but also management experience, perspectives and a network of contacts that helps the business get critical mass. “Private equity allows firms to grow free of market concerns such as quarterly reporting,” says Arun Natarajan, who runs Venture Intelligence, a Chennai-based research firm that tracks private equity in India, “They improve corporate governance and typically bring in top talent to run the business they’ve invested in.”

For investors, the trick is to move early and move big. Take the example of Warburg Pincus, a private equity fund which put big money—$300 million—on Bharti in its early days, before India’s telecom boom. Some years later, it encashed $1.1 billion of its equity stake, while still retaining one-third of its initial investment. Today, Bharti-Airtel’s shares are publicly traded, and the stock is as blue a chip in the Sensex as any.

At the time Warburg Pincus moved in, there was no saying which way the bet would go. But it trusted its instincts. “Gutfeel is the most important thing in private equity,” says Relan, “You have to have a feel for how the firm will scale up, how big the opportunity can become, going forward.” His own big bet was on Suzlon, then just a windmill firm few had any time for. Back then, he remembers its promoter and him being door-slammed by a merchant banker whose appointment they sought; the banker lost easy millions.

THIS BET’S ON PEOPLE

People are central to private equity. Having a great business plan and hoping to cash in on it is not enough. “Competence is important but integrity is critical,” explains Darius Pandole, partner with New Silk Route, a global private equity firm which recently took over 9XM, a music channel on TV that actually plays music, “You are betting millions on the future, you need to trust the leadership and management. You need to know that they are open to ideas and that their commitment is to growth. Investors don’t like blind sides, they need to know where the money is going.”

Opaque balance sheets and byzantine cross-holdings are a sure way to put private equity off. Recently, when a US private equity firm pumped over Rs 200 crore into an Indian media house, it assessed not just the business model, but also the exit opportunity that the family-owned vernacular media house offered. Having seen the blistering track record of the business, all that remained was an assurance on information sharing. The investor even got a board seat to keep closer watch.

“The typical private equity investment begins with bringing in money,” says a Bangalore based private equity investor who manages $300 million in funds, “If the stake is a majority one, often they also bring in a robust business plan. Typically, they roll out a 100-day growth programme that leverages the cash infused with a growth strategy. This can be problematic if other board members are not in sync with the new direction. Managing relationships and egos is just as important for a private equity player as managing the balance sheet.”

The Business Plan, of course, is sacrosanct for investors. It could call for such effort as reducing inventories and building brand salience that the firm may have ignored. Quite often, the game is to extract instant profit, regardless of market share, yada-yada. The business often has to undergo a wrenching change in focus.

Sometimes, it’s more relaxed. Sometimes. Each private equity firm has its own culture. Some, like Warburg, like to take a few big bets every few years, while others like KKR, one of the world’s best known private equity players, prefer to make a lot of small ones. Still others like Canaan focus on specific sectors like technology. Risk-return calculations differ, as do expectations. This is just as well: India offers such a wide array of choices that few can ignore opportunities here.

India is now next only to China in overseas private equity involvement, thanks to the entrepreneurial energy that comes with such a robust economy. In 2008, India saw $11 billion of private equity funds invested in domestic firms. Even in 2009, as India reeled under the after-effects of the Great Recession, some $3.5 billion came in.

“Now, 2010 is likely to be a very active year,” says Arun Natarajan of Venture Intelligence, “There are an estimated $10 billion worth of private equity deals possible.”

India offers three advantages to global private equity investors. One clearly is the sizzling growth in sector after sector, from infrastructure and education to technology and defence production. Two, compared to their Chinese counterparts, Indian firms already have ‘management depth’—professionals who are globally attuned and accustomed to operating under a good legal system. And three, Indian stockmarkets offer an avenue for a quick and smooth exit, via a public issue, at an exciting profit.

That the India story is hot is evident from the kind of money India-specific funds are raising. Carlyle, a large US-based private equity fund, announced last week that it will invest $800 million in India. Tata Capital is ploughing $20 million into healthcare firms. And it is not unusual for individual firms to attract big money. The kids’ apparel firm Liliput has attracted $86 million from Bain Capital and TPG, two private equity giants.

“The opportunity is big in India for the simple reason that growth in the West has tapered off and the recession of the last two years has brought valuations to more realistic levels, making some bets worthwhile,” observes a managing partner at one of India’s biggest private equity funds based in Mumbai.

What distinguishes a private equity investor is his risk assessment skills. Three factors—two of which can be computed—compose this risk. “The trick is to find firms that are not dependent on government policy for growth,” says Relan, “If policies change, the firm can be ruined. Risk has to also be assessed in valuation terms. You have to know how much to pay for future growth.”

While a lot of arithmetic and projections go into these multimillion-dollar investments, almost all investors agree that the final call depends on one’s comfort level. “You have to trust that the potential will be achieved,” says Pandole of Silk Route, “and that involves something beyond just numbers.”

That makes unquantifiable factors critical to decisions in this field. Deliberation and patience are often in short supply, though. Relationships can go bad, and then all hell can break loose. And if there are trust deficits, it is not always without reason. In a recent deal, an Indian oil-exploration-to-telecom megacorp got a fat lump of private equity funding, with investors tumbling over one another to get a chunk of this family-owned firm’s pie. The industrialist took the money, but when it was time to enlist the stock on the market, he refused. This left the investors stuck without an exit route. Their best option: selling their stake back to the industrialist at a discount to the possible market value. And that’s just one kind of risk that private equity investments entail.

HERD ON THE RIALTO

So, where is the projected $10 billion of private equity funds lined up for India likely to go? Media, entertainment and infrastructure, mostly. Where else? Er… media, entertainment and infrastructure. About a decade ago, it was software and telecom, software and telecom. Obsessive compulsive behaviour, it seems, afflicts the smartest of capitalists. Even if the same upper-cut over and over again has rarely won a boxing bout.