The rupee is Asia’s worst performer this year, having tumbled by 15 per cent. There are domestic reasons for it too 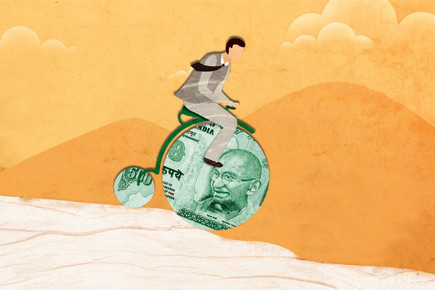 The rupee is Asia’s worst performer this year, having tumbled by 15 per cent. There are domestic reasons for it too


As the rupee continued its slide against the dollar, Indian policymakers seemed to bide their time, hoping for something to happen to save the currency from losing its international exchange value so rapidly. The Reserve Bank of India (RBI), apprehensive about intervening in the currency market, called it “disruptive”, but blamed “external factors” for the volatility. But no one, not even the Finance Minister, admitted that domestic reasons were equally or possibly more responsible for what has happened to the rupee over the past 11 months.

The fact is that the rupee is Asia’s worst performer this calendar year. Since January 2011, it has tumbled by 15 per cent. The next worse performer, the Thai baht, has fallen only 3.2 per cent, and the third, the Malaysian ringgit, just 3 per cent.

True, the current Eurozone crisis has hit Asian currencies that are pegged to a basket of currencies including the dollar, euro and yen. Since the basket itself (euro and yen) has weakened against the dollar, Asian exchange rates have fallen. Asian exports to Europe have also been hurt, leaving these countries with either reduced trade surpluses or bigger deficits. But since most Asian nations have surpluses, they are under less pressure. India, with its huge deficit, has been hit hard. In theory, a lower rupee makes exports more competitive, but given the global recession, that’s no help. Imports, meanwhile, are not only more expensive, they are mostly of ‘price inelastic’ items like oil. Sure enough, domestic oil firms have been scrambling to buy dollars to finance their imports, which has pulled the rupee down further.

Earlier, the rupee’s market value had long risen above its ‘real exchange rate’, based on trade dynamics, and a reversal of capital inflows was sure to send it crashing.

And reverse, these inflows did, most dramatically after August’s market tremors (recall S&P’s US downgrade, the euro crisis, et al). Foreign institutional investors (FIIs), which had invested more money in India than other Asian markets, have been selling stocks and pulling out, with their demand for dollars pushing the rupee down further still. India Inc, having borrowed heavily in dollars (thanks to liberal RBI policies) and shaken by the heavier pay-back burden a rising dollar implies, has been rushing to hedge its bets. This has meant even more dollar demand.

To top it all, several alarm bells are ringing on the domestic front. An economic slowdown—with a higher-than-expected fiscal deficit, high inflation, high interest rates and weak corporate results—has squashed confidence and shattered near-term expectations. Therefore, no one is betting in favour of the rupee. The only silver lining: some exporters, with enough clout to negotiate deals in dollar terms, have made a killing; and NRIs, pleased to get more rupees for their dollars, have happily been bringing more money back to the country.