The Reign of Ratan Tata

The chairman had his hits and misses. History, however, will judge him by his dynamism as a business leader as much as his record on core Tata values 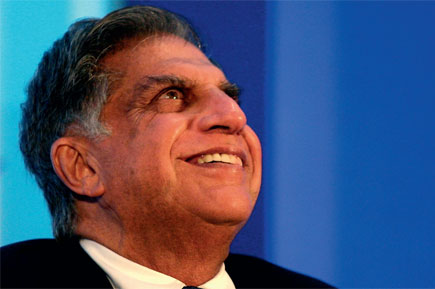 The chairman had his hits and misses. History, however, will judge him by his dynamism as a business leader as much as his record on core Tata values


It isn’t easy to describe Ratan Tata’s complex legacy. As the head of the Tata Group—with annual revenues of over $76 billion today—for two decades, he has had moments of visionary brilliance, but also a few disappointments along the way.

“He became the Chairman in 1991, which coincided with India’s liberalisation,” says JJ Irani who, until June this year, was on Tata Steel’s board. Ironically, in many ways, Ratan Tata’s performance as a businessman has mirrored that of the country’s after economic reforms. Both he and India have jumped, leapt and stumbled over the past 20 years on the way to growth, prosperity and wealth creation. Both have taken chances, with mixed results.

But if one has to make sense of Tata’s corporate heritage, now that he has anointed Cyrus Mistry his successor, one must reckon with two paradoxical but not always discordant traits—initial insecurity, followed by confidence. The first encapsulated his decisions and actions during the 1990s, and the second defined his transformation in the 21st century. The two phases were not neat and separate subsets; the earlier anxieties were intertwined with bouts of self-belief, and his later sense of self-assurance was entangled with visible moments of self-doubt.

“When Ratan Tata inherited the empire, he had a huge job at hand,” says Gita Piramal, a business historian and author of Business Maharajas. “When he took over,” adds a business friend, “the group was in a desperate state.” More importantly, Tata was seen as an unproven and unwanted heir by insiders and outsiders alike. Cynics believed that he had got the title by virtue of his surname, and because the former patriarch, JRD Tata (Jeh to friends), had decided so.

Ratan Tata’s grand blueprint of 1983 was given cold shrift by the big group companies, his managerial stint at Nelco was deemed a failure, and he got no credit for sorting out the late 1980s’ labour disputes at Telco (now Tata Motors), possibly the worst in Indian corporate history. In fact, Tata himself wasn’t too sure of his future with the group; he was half convinced that Jeh would opt for an outsider-insider, a professional CEO of a firm within the group, to head it. So, in 1991, it was an apprehensive Tata who found himself at the top.

There was no getting away from all the fears, both real and imaginary, that were perhaps bound to attend such an unheralded succession. The biggest among these was the scare of the satraps, the powerful CEOs—such as Russi Mody of Tisco (now Tata Steel), Ajit Kerkar of Indian Hotels, and Darbari Seth of Tata Chemicals—who lorded over their respective businesses. They were answerable to no one, not even to JRD when he was active. There was no way they would subordinate themselves to Tata. “It was a disparate group with many empires, many kings,” recalls Tarun Das, who is close to him.

With support from JRD, and help from street-fighter friends like Nusli Wadia of Bombay Dyeing, Tata got rid of them one by one. It wasn’t easy; all of them turned into messy, public battles that left deep scars. But it sent out the desired signal: from now on, Tata was the only emperor. It enabled him to “induct fresh and young blood”, as Irani puts it. The new CEOs were loyalists—and trustworthy. “It resulted in unified leadership without sacrificing the quality of management,” says Das.

Tata’s second biggest dread was the loss of his companies. In the cataclysmic period after Liberalisation, takeover tycoons like Manu Chhabria and MNCs had wrested management control of several Indian firms from their promoters. Since his ownership of the Tata family jewels—directly and through Tata Sons, the group’s holding company with stakes in all others—ranged between only 5 and 15 per cent of their equity pies, he was worried about keeping them within his fold. “So, he shored up the group’s shareholding in its major companies through intricate financial solutions,” says Piramal.

In the mid-1990s, a rights issue of shares (to existing shareholders) by Tata Sons enabled it to raise money to buy additional stakes in key firms. The two Tata Trusts, which still own almost two-thirds of the holding company’s equity, renounced their rights to the new shares on a pro-rata basis in favour of group companies. Thus, some Tata firms bought these shares and became shareholders of Tata Sons, which, in turn, used the money to increase its stakes in the operational entities. It was a tight ownership pattern that couldn’t be unravelled by external predators. There was another, although less known, design behind this move.

In those days, Tata was frequently warned by loyalists that Shapoorji Pallonji Mistry, the so-called ‘Phantom of Bombay House’ (the group’s corporate headquarters in Mumbai) who owned 16.5 per cent in Tata Sons, had aspirations to topple Tata. Since Mistry had to pump in Rs 60 crore, a huge sum in those days, to subscribe to his chunk of the rights issue of shares, Tata believed that he wouldn’t be able to do so, and would reconcile himself to a lower stake in Tata Sons.

But Pallonji, who had missed an opportunity in the late 1980s to buy into ACC, a cement firm managed by the Tata Group, pulled off a surprise. He kept his holding intact, and, in fact, raised it to 18.5 per cent subsequently. It is ironic that almost 15 years later, Tata has happily handed over the reins of his businesses to none other than Cyrus, Pallonji’s younger son. (This is one of the several telltale signs of Tata’s transformation from an insecure Chairman to a confident one.)

Tata came up with other ways of integrating his group as well. To tighten ties between assorted group companies and Tata Sons, he asked them to pay the holding company a ‘royalty’ for use of the Tata brandname, seen to elicit the ‘trust’ of consumers far and wide. Experts criticised it and insiders chafed, but the move cleverly underlined the value of the name and formalised Tata Sons’ ownership of it. “He strengthened the Tata brand,” says Piramal, “Marketing became a focus area, given that the group was no longer in a sellers’ market.” With Licence Raj monopolies a thing of the past and competition raging, thanks to reforms, buyers had been empowered with choice.

To ensure closer focus on the group’s strengths, Tata exited business sectors where the group was not among the top three players. Yet, his moves to enter reforms-opened sectors like telecom, finance and retail were reminiscent of someone who was unsure, uneasy and unprepared. His telecom tactics remained incomprehensible until the late 2000s; no one knew whether he wanted to go it alone or with Indian and/or foreign partners, and which technology he wanted to adopt.

However, by 2000, Tata was a different man. As a business leader, he had acquired a stature of his own, no longer dwarfed by the late JRD’s. His dramatic internal reorganisation of the group’s operations in the late 1990s had shown results, and his companies were raring to achieve the once-unachievable. Chasing a personal dream, he designed and launched India’s first indigenous passenger car, Indica. The huge costs of developing it threatened to destroy Tata Motors, but he managed to stabilise and vitalise it. Over at Tata Steel, he cut costs and modernised operations so sharply that it emerged as one of the world’s lowest-cost steel makers. “He focused on innovations, both small and big,” says Ashwini Kakkar, a travel entrepreneur who has dealt with the group. “Earlier, the Tatas were known for joint ventures with foreign partners who were willing to join hands with them due to their reputation. Today, the group is known for technologies developed internally by its own engineers,” adds Das. “He streamlined operations of group companies to develop synergies with each other,” says Piramal.

Over the next decade, Tata proved that Indian firms were capable of revolutionary products. Nano, the world’s cheapest car (then at $2,500), stunned the world’s top car makers. So did another product meant for the ‘bottom of the pyramid’, a water purifier at less than $20 aimed at villagers. “I was amazed when Ratan took me around one of his R&D facilities a few years ago, and I found that his engineers had even built a supercomputer,” admits Das.

Year 2000 also marked Tata’s first ambitious global acquisition. Tata Tea, then with annual revenues of $114 million, bought the UK-based Tetley for $450 million, a foray that Tata dubbed “bold”. Since then, the group has reportedly spent over $30 billion to acquire over three dozen international firms, including Corus Steel (for $12 billion) and Jaguar Land Rover. Today, overseas operations account for two-thirds of the Group’s revenues; in 1991, this figure was 5 per cent.

Yet, Tata’s victories have been punctuated by a few blunders. The Nano is struggling. It is back on the design table for major modifications. Corus and Jaguar Land Rover have saddled the Group with such huge debts that the stockmarket has shunned its shares. As a result, over the last 20 years, Tata Steel, Tata Motors and Tata Power, three of its four top companies (TCS being the fourth), have underperformed the BSE Sensex.

Worse, the once dignified image of the House of Tatas has been sullied by scandals. In 1997, Tata Tea was accused of aiding insurgents in Assam; the courts gave the company a clean chit. Nearly five years later—and this was not the first instance—Tata accused the CEO of Tata Finance of gross mismanagement of funds; the governance of subsidiaries of subsidiaries, over which a chairman of such a vast group has diminishing oversight, has been a matter of debate ever since. Just last year, the Radia Tapes exposed links between Tata’s chief lobbyist (till recently) and a shadowy network of corporate middlemen, politicians and bureaucrats. In Tata’s defence, though, she seems to have had her very own agenda.

Piramal says that the Tata Group is “more dynamic today than what it was when Tata took over”. Indeed. History, however, will judge him by his business dynamism as much as how well he upheld core Tata values.