The Inadequacy of Indian Banks

If Indian banks adhere to costly global safety norms, they may also try to adopt riskier practices to get higher returns 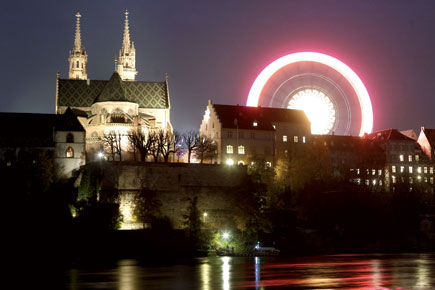 If Indian banks adhere to costly global safety norms, they may also try to adopt riskier practices to get higher returns


Come April, and India’s banks will have to shore up their finances. They will have to comply with a set of global rules called Basel III norms that require all commercial banks to satisfy a new formula for capital adequacy: a measure of how much money of its own a bank must have as a proportion of its risky assets (loans that may not be paid back).

The broad idea is to turn banks loss-resilient enough to withstand the kind of financial shocks that the world has seen since 2008. Yet, gradually raising money to meet targets set till 2018 ‘would pose a challenge for Indian banks’, says a Crisil report. The rating agency estimates that Rs 2.7 lakh crore needs to be raised in phases to meet ‘Tier-1’ requirements (this is money in its most liquid form). Nearly half of this would be non-equity capital and has to be raised by issuing market bonds; since these are unsecured by definition (with no collateral), high rates of interest have to be paid on them, which makes them a relatively expensive way to mobilise money. “Raising non-equity capital would indeed be daunting for banks,” says CS Balasubramaniam, professor at Babasaheb Gawde Institute of Management Studies. “Bond markets are quite narrow in India, so banks would have to offer higher coupon rates to lure investors, which would impact their profitability.”

Standard & Poor’s feels that while India’s bond market is set to evolve, Indian banks may still have to tap the global market for funds. This would expose them to currency risks. Yet, when push comes to shove, analysts are sure that Indian banks will somehow manage. Indian banks, says Balasubramaniam, may also need to rely on their own profit accruals, which in the near term would mean paying shareholders lower dividends. But, as Phani Sekhar of Angel Broking says, so long as banks assure them that this will spell higher returns for them eventually, they would accept this deal.

If Indian banks adhere to costly global safety norms, however, they may also feel emboldened to adopt New York-style risky banking practices in the hope of higher returns. Despite the US crisis that led to its Great Recession, competition could yet tempt Indian banks to go into high-risk mode on investments. Could this be a problem? “Global regulatory thinking is not in favour of universal banking,” says Sekhar, referring to a model by which banks act as active market-players as well. In fact, the RBI may impose tight risk limits to contain that temptation.