The Imperative of Economic Expansion 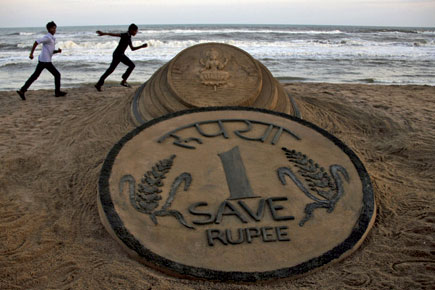 
When India decided to open its economy to the rest of the world a little over two decades ago, few would have imagined that Indians would have to listen so closely to every utterance of a foreign central bank. But with Indian assets and the rupee falling so sharply in direct response to how and when the US Federal Reserve withdraws its policy of ‘quantitative easing’—QE3, that is, a monthly injection of $85 billion of cheap money into the world economy—that is exactly what is happening.

That India was particularly vulnerable to a Fed drawdown, since it was dependent on global investment inflows to finance its current account deficit, was well known. What has shocked many observers is how badly the country has been rocked by a reversal of capital inflows. What it means is that hyper-speculation has been what drew the dollars in, while the going looked good, and that is what has seen the money flee. The fundamentals of the economy have been of only minor consequence.

It is also why the ongoing panic, seen in the rupee’s 20 per cent crash since end-April, exaggerates India’s woes. “This seems to be a classic case of some bears outstripping the bulls,” says Raghvendra Nath, managing director of Ladderup Wealth Management Pvt Ltd, “and creating a panic that the emerging world would come to an end after QE3.” The only silver lining to this, he says, is that “Countries would at least learn to live with the new reality.” This demands a balanced analysis. If the US Fed withdraws its stimulus, in place since the Great Recession began in late 2008, it would not vacuum the world of all the money already spun out. All it would mean is that further dollar dispersal would stop. All else being the same, analysts calculate that this would result in a 5-10 per cent drop in inflows. It does not justify a rupee collapse. Capital restrictions, as Finance Minister P Chidambaram has clarified, shall not be imposed on foreign investors—so even that fear of global investors is unfounded. India is not about to shut itself off.

Eventually, the attractiveness of Indian assets ought to be determined by the returns they are able to generate, which in turn is about the state of the domestic economy. From a foreign viewpoint, it is dollar returns that matter, and this requires India to achieve stability on its ‘current account’ gap between the dollars it earns and what it spends. Import substitution, often sneered at, may well be what’s needed right now.

At the end, structural reforms are essential. Economic expansion is imperative.