Fancy taking over a company? Vedanta’s bid for Cairn India and BHP Billiton’s bid for PotashCorp offer differing lessons on how to. And how not to 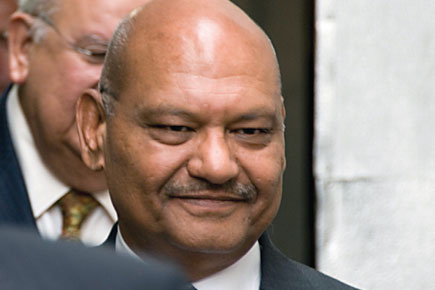 Fancy taking over a company? Vedanta’s bid for Cairn India and BHP Billiton’s bid for PotashCorp offer differing lessons on how to. And how not to


Not since London-based Swraj Paul’s corporate raids of the 1980s has India been so full of takeover talk. But that was then. This is post-liberalisation India, an India assumed to be more at ease with the idea of takeovers, even hostile ones. Yet, when it comes to natural resources, the corporate takeover arena remains a minefield.

This is a global phenomenon, it seems, going by two current cases. One: the $8.5–9.6 billion bid for a majority stake in Cairn India by Vedanta Resources, a diversified firm run by the London-based metals baron Anil Agarwal, who is keen to get hold of Cairn’s oilfields in Rajasthan. Two: the $39 billion bid for Canada’s PotashCorp by BHP Billiton, an Australia-based mining megacorp that is eyeing its mounds of potash, a key fertiliser input. Rising foodgrain demand from India and China requires rapid productivity gains from limited agricultural land, and fertilisers are expected to be big business in the years ahead.

“We are India’s BHP Billiton,” Anil Agarwal is reported to have said in the context of his latest move, revealing his inspiration. The two deals are similar in many ways. Both bids involve cash-rich mining majors. Both are surprise moves. Both acquirers are keen to diversify into new areas. And both could make big money from the moves in time to come. Demand from emerging markets like India and China for both crude oil and potash is getting stronger, and world prices could scale new highs once the Great Recession is over. Crude oil, now at around $80 per barrel, had reached a peak of $147 in 2008. Potash, now above $300 per tonne, touched $626 the same year. Both bids are also aggressive in the premium being offered to shareholders over prevailing share prices in the market.

So far, so similar. But the story is not so much in the similarity of the moves as the resistance being put up to the two takeover proposals. This is where business gets blended with nationalism and ego with anger. This is where the drama begins to diverge.

It was on 12 August that BHP Billiton Chief Marius Kloppers walked into PotashCorp’s office and made his offer to buy the latter. Stunned by the unsolicited proposal, PotashCorp Chief Bill Doyle flatly refused. The company was not for sale, he said, perhaps insulted that a company with a healthy operating margin could be seen as a takeover target.

The rebuffed Kloppers turned his takeover bid hostile in a matter of days. Making the most of Canada’s soft takeover rules, he appealed directly to PotashCorp’s shareholders. In response, Doyle has urged shareholders to ‘reject BHP Billiton’s opportunistic offer and not tender their shares’, on the firm’s website. ‘The Company believes that BHP intentionally launched the offer just as the fertilizer industry is emerging from an unprecedented demand-decline associated with the global economic downturn, in order to seize the value that PotashCorp is poised to create,’ says he in another release, asking investors for patience while he delivers them greater returns than what BHP promises.

According to some observers, a higher bid price can push the deal through. Some also say that the resistance to BHP is actually from a potash cartel that sees a threat in its plans to operate PotashCorp’s mines at full capacity. If that happens, the cartel may not be able to restrict supplies and control prices. But BHP has signalled a willingness to bust the cartel, which gives this takeover battle yet another angle.

In official responses, meanwhile, PotashCorp is careful not to side with anybody except shareholders. ‘While we certainly didn’t ask for this unsolicited offer, we have a mandate to evaluate the whole range of strategic alternatives that may enhance shareholder value,’ says Bill Johnson, its public affairs director, in an email response to Open.

So, there you have it. PotashCorp shareholders are paying attention to both sides and weighing their options accordingly. To prevent Canadian nationalism from spoiling its chances, BHP has promised to retain PotashCorp’s current employees, base its management in Canada, and even nominate a Canadian national to BHP’s own board of directors.

In contrast, the Vedanta takeover bid’s outcome depends almost totally on the Indian Government. It is not a hostile bid. In fact, it is a case of mutual consent. Vedanta struck a deal in London with Edinburgh-based Cairn Energy to buy a controlling stake in its Indian subsidiary. Vedanta is to buy 40–51 per cent of Cairn Energy’s stake (62.4 per cent) in Cairn India. Under Indian law, the acquirer must make an ‘open offer’ to its minority shareholders to buy another 20 per cent of all shares at a ‘fair’ price.

Oddly enough, when the deal was announced on 16 August, the question of a fair ‘open offer’ price was in the throes of a policy change. Odder still, Vedanta and Cairn didn’t take the Indian Government into confidence before striking their deal in London. This was puzzling because India’s state-run oil explorer ONGC has been Cairn India’s partner in oilfield exploration and development; in fact, it owns 30 per cent of the Rajasthan oilfields that Cairn India owns 70 per cent of. These jointly operated oilfields have reserves of an estimated 6 billion barrels (currently turning out 125,000 barrels of oil daily, 17 per cent of India’s total), which are vital to India’s energy security. Waking up to find yourself with a surprise partner would be a shock to anybody, let alone a public sector unit under the Ministry of Petroleum.

For all practical purposes, ONGC’s resistance is the same as the Centre’s, and could thwart Vedanta’s bid. It may be a private deal, but under Indian oil exploration policy, the Government must approve of any such change of ownership. This provision was whittled down by a policy review in 1998, but Cairn India got most of its oil exploration blocks under a stricter scheme earlier.

That is how nationalism enters the picture. If all natural resources are State owned, as the Supreme Court has recently ruled, then the Government cannot let private entities strike their own deals without its approval. But still, it’s a Catch-22 for the Centre. If it blocks the deal, it risks setting a precedent of ‘nationalisation’ of resources, as it is likely to be seen worldwide. This could deter foreign capital and technology for the sector. One way out would have been for ONGC to make a counterbid for Cairn India. But that would be much too costly.

Cairn Energy’s CEO has claimed lately that news of its Vedanta deal had “leaked” before he got a chance to talk to the Indian Government. And Vedanta has been scurrying to ensure that its open offer to minority shareholders is made at a fairer price than earlier planned. Yet, at the end, it’s the Government and Government alone that is weighing its options. In Canada, however, it’s a broad set of shareholders working out the business pros and cons. The difference in the nature of resistance is stark.

But then, this should not be a surprise. While India has come a long way since Swraj Paul, takeovers here are not likely to get easier anytime soon. No matter how you look at it, there is something about raiders that unsettles the most globally exposed of Indians.