Six Degrees of Self Awareness 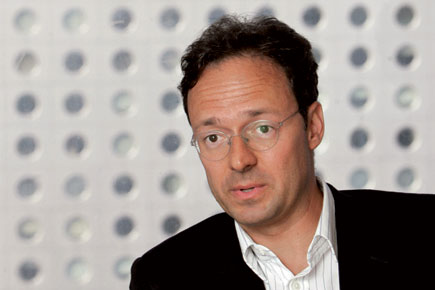 
At what stage does it make sense for an entrepreneurial venture to go for professional leadership? Last fortnight, the Rs 1,948-crore Hexaware Technologies, a mid-sized Indian infotech company, agreed to let private equity firm Baring Asia take control of it. The latter acquires a 41.7 per cent stake directly from the firm’s promoters and General Atlantic (another private equity player) for about Rs 1,687 crore, after which it will make its mandatory open offer to public shareholders for another 26 per cent. The global acquirer has expressed an intent to do exactly what is needed to “support the next phase of growth of the business” in the words of Baring Asia’s CEO Jean Salata.

This marks the first time such a sellout has occurred in this high-profile sector. The deal could set a precedent for other mid-sized firms trying to break into the big league, a leap that requires both expertise and capital of another order of magnitude. To its credit, Hexaware was aware of its limitations. This is a rare attribute in India. “Companies driven by entrepreneurs quite often become defensive after reaching a certain stage, tend to stop being innovative, and [thus] lose out,” observes Mohandas Pai, chairman, Manipal Global Education, and a former top executive of Infosys. This deal, he says, could play trendsetter in the transformation of an Indian firm “from being entrepreneur founded and managed to a truly professionally managed company where the entrepreneur eventually acts [only] as an investor for the good of the company”.

Hexaware felt it needed a professional push and revised risk-return approach to generate value in a dynamic market for software services. Analysts feel that Baring would like Hexaware to grow above the industry trend, at an annual clip of about 15-25 per cent. If this happens, the firm’s market value could double in five years, the typical span for a PE investor to offload its stake and book profits. In a broader sense, the deal has been taken as a vote of confidence in the global competitiveness of India’s $108-billion infotech and BPM industry, which gets over 70 per cent of its revenues from overseas. While a weak rupee serves it well, the industry has been dismayed of late by proposed US rules on the issuance of work visas. While that could imply a rise in visa and even manpower costs, Hexaware’s current Chief Executive Officer PR Chandrasekar has said that “most of the onerous elements of the US Immigration bill specifically related to outsourcing” are unlikely to go through.