Usually, banks are keen on extra lending options when an economy is on an uptrend 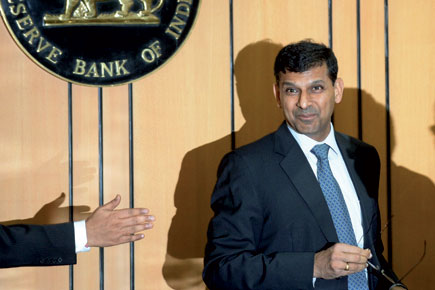 Usually, banks are keen on extra lending options when an economy is on an uptrend


Indian stockmarkets in general and bank stock investors in particular have had their chins up ever since Raghuram Rajan took over as RBI Governor and said he would ease the obligation of banks to lend the Government money cheaply. The RBI-enforced Statutory Liquidity Ratio (SLR), which currently requires banks to hold Government bonds worth at least 23 per cent of assets, would be reduced in a calibrated manner, he said. By freeing funds, this would “overhaul the lazy personality of public sector banks” says Nirupama Soundarajan, a financial sector expert at Ficci. Granting them “freedom to invest some of the corpus in other attractive instruments” means they will have to exercise extra choice. These banks may choose to invest in corporate bonds, the market for which is immature in India since there are so few large investors, as noted by a committee on financial sector reforms that Rajan had chaired.

How well an SLR reduction will work, however, is unclear. Usually, banks are keen on extra lending options when an economy is on an uptrend. When the scenario is bleak, they often prefer the safe•ty of Government bonds—the prices of which rise if others flock to the same safety—on their own volition. This is ‘lazy banking’ and Rajan’s opposition to it serves as an “indication to global investors that we are trying to discipline our finances”, says Phani Sekhar of Angel Broking. “Banks would be logical in parking more than the RBI-mandated ratio of their money in Government securities as a safe bet during downturns.” Soundarajan also says that a lower SLR would be based on the assumption of an economic revival resulting in increased opportunities for banks.

What Rajan may be counting on is a passage of India’s Insurance Bill acting in tandem with the Lok Sabha’s just-enacted pension sector reforms to restructure the country’s broader finances for the long term. With those reforms, India “would be able to mobilise a large pool of financial resources not only to finance Government debt but to make up our trillion dollar defi•cit in infrastructure financing”, says Soundarajan.

Apart from banks, insurers and pension funds would also buy Government bonds in vast quantities, which would let banks do their job of allocating credit to business projects and suchlike. Given that banks, especially in the public sector, are suffering under the weight of loans that are not being paid back (‘non-performing assets’), an SLR reduction would be a relief to them.