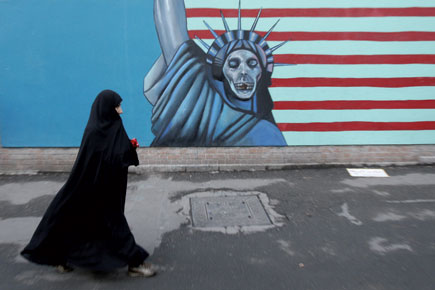 Now that the US and Iran have finally shaken hands, what does it mean for India? On 24 November, the two struck an interim deal by which the West would lift some of its stiff sanctions on Iran in exchange for a freeze of the latter’s nuclear programme well short of a bomb. “The deal suggests that sanctions on Iran have peaked,” says Robert McNally of the US-based Rapidan Group. It lets Iran back with full capacity into the global market for crude oil, the country’s principal source of revenues, after a prolonged period of economic hardship that Iranian citizens found difficult to endure. The Islamic Republic’s supreme leadership appears to have decided to trade its nuclear ambitions for the benefits of global commerce (and perhaps greater voice in world affairs). “If Iran keeps its promise,” says McNally, “geopolitical risk would reduce [and] help promote energy price stability.”

But would that stability be at lower price points? If Iran is able to revive its exports— say, by mid-2014—back to its pre-sanctions level of over 2.5 million barrels per day, up from about a million barrels today, “that would put Brent crude—the benchmark that determines Asian prices—in the high 90s or low 100s” estimates McNally. The current level is about $111 per barrel. While the price dip may not sound like much, it would be a relief for a big oil importer like India because its dollar outflows will dip too.

But McNally cautions that since the global oil market has many moving parts, one cannot predict oil prices with certainty. Collectively, oil producers usually try to target a certain price, and they could sustain a desired price by counteracting the effect of extra Iranian oil. “The Saudis [unhappy with the deal] and other Opec members may cartelise to withdraw some of their supplies to keep the price intact at a higher level,” says Lydia Powell of Observer Research Foundation, a Delhi thinktank.

India has another reason to hail the US-Iran deal. It could signal the end of US objections to the long-proposed Iran-Pakistan-India gas pipeline. By the time it materialises, world dynamics of the gas market may have changed, thanks to US shale-gas exports. Yet, neighbourhood access to gas could boost India’s energy security in a big way. According to Arvind Mahajan, an energy expert at KPMG, India needs explore multiple gas sources within a cost-benefit framework. New Delhi should hope that Teheran’s new posture is not a bluff.