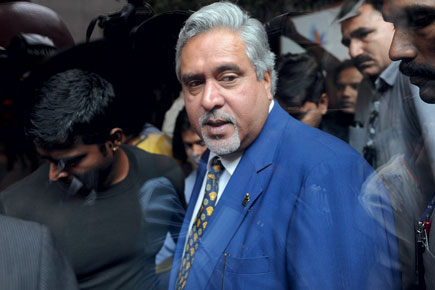 
Kingfisher’s latest-quarter loss of Rs 444 crore has been a spectacle almost as big as its owner Vijay Mallya’s efforts to defend the case for the carrier’s continued existence. But, to grant the adventurer his due, surviving an industry where the State’s airspace-hog Air India is willing to bear infinite losses is no easy task. Sure, Indigo has defied the odds to turn in profits. But ask the rest, and they ascribe their losses to obscene fuel costs (pushed up by a weak rupee) and a fare war started by Air India last year. Attrition has taken a toll, and 2012 might see weaker players go bankrupt, or at least “make turnaround prospects very challenging” in the words of Binit Somaia of Sydney-based CAPA Centre for Aviation, a think-tank.

Fuel accounts for 40-50 per cent of the operating costs of Indian carriers. This is partly because of high rates of taxation (which vary state to state) in comparison with what global operators bear. It is not in doubt that aviation in India is a “growth sector”, as Civil Aviation Minister Ajit Singh says; air traffic rose 17 per cent last year. But so long as taxpayer-funded Air India keeps Indian airspace distorted, private carriers will continue to struggle. According to estimates of CAPA Centre for Aviation, the sector has lost $6 billion over the past five years, and is set to lose another $2.5 billion this year.

To relieve the pressure, the Indian Government proposes a policy of allowing direct imports of fuel and FDI up to 49 per cent in private airlines.

Neither prospect is very promising. Direct fuel imports may not prove to be cheap. Somaia cautions: “The logistics associated with such an operation should not be underestimated, and will add significant costs of its own.” Also, the loss legacies of domestic carriers and the State’s burdensome regulatory impositions—such as the need to fly non-profitable routes—might deter foreign investors.

What could lure them is the promise of truly open competition. So the Centre’s proposal to let private carriers adopt foreign routes without Air India getting priority over them (till now, only the State-run carrier’s rejects were available to them) is welcome. But this may have come a little too late. Long-haul carriers Jet and Kingfisher are already awash in red ink, which “will affect their ability to expand to new international routes”, says Somaia. Given its brand equity with Indian fliers, Kingfisher might yet regain its dream altitude, but aviation mavens suggest it is time to open up the skies again, this time to let in a set of fresh global-local joint ventures.