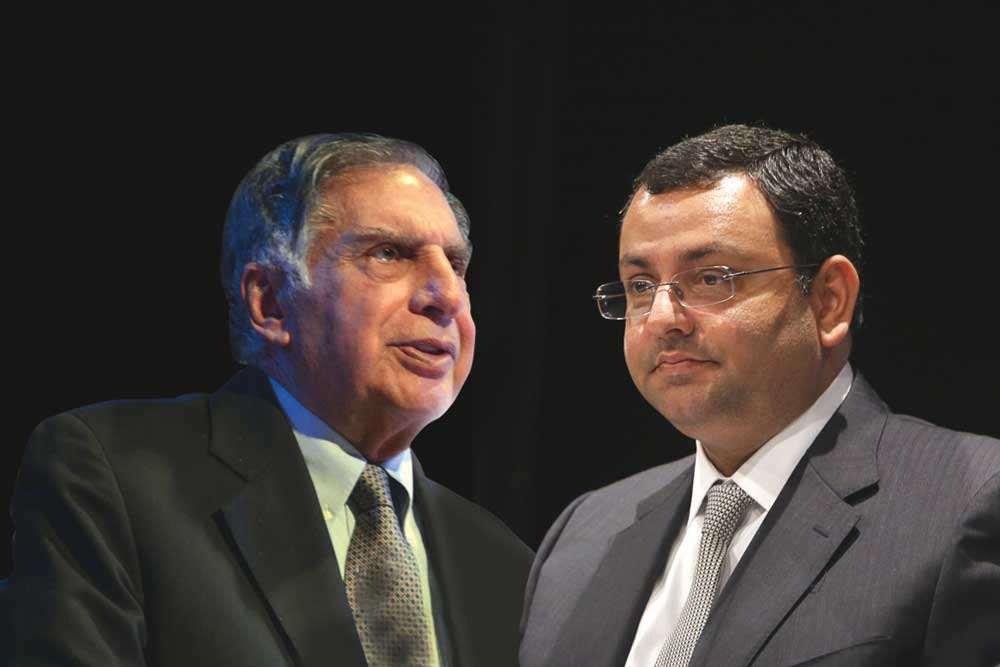 UNLIKE TWITTERSTORMS, WhatsApp chatstorms are assured their privacy, but that is no insurance against the confusion they cause. ‘Hang on, wasn’t it always private?’ ‘Sons, what sons? This is about the parent, right?’ ‘What’s out in public is out, no?’ ‘But wasn’t he supposed to be, erm, yknow…’ ‘Anyone know its ticker code?’ ‘But but but, where does that leave Cyrus?’

Well, it wasn’t fake news. Tata Sons was going private; it has done so since, and coherence may yet prevail. The Tata Group’s holding firm is no longer a ‘public limited’ company. It still has a ‘Ltd’ appended to its corporate name, so the liability of its owners is still ‘limited’ only to what they’ve invested in the firm. But it now bears a ‘Pvt’ tag as well. The shift was a done deal the moment Ratan Tata made his intent clear. The proposal was put to a shareholder vote, and its approval was a foregone conclusion since almost two- thirds of Tata Sons’ shares are owned by a collective of Tata Trusts under his complete control. The two main ones, the Sir Dorabji Tata and Sir Ratan Tata Trusts, bear the names of Group founder Jamsetji Nusserwanji Tata’s sons, the ‘Sons’ of Tata Sons.

Originally set up in 1868, the company’s status has long bewildered observers. Its shares have never been listed on any stockmarket for open trading and it has always been closely held. Officially incorporated as a private entity in 1917, its Articles of Association apparently did not intend any widening out of its ownership. It was deemed a ‘public business’ in 1975 under the Companies Act of 1956, an amendment of which in 2000 cast another cloud on that clarity before a 2013 enactment overrode parts of the old law, and—as interpreted by corporate lawyers—granted it a choice between being either private or public. Legalese aside, it appears obvious that if Tata Sons wants a ‘Pvt’ placed before ‘Ltd’, it has a right to do it.

As it turns out, it’s not quite that simple. Cyrus Mistry, who was ousted as Tata Sons’ chief last October and represents the Shapoorji Pallonji Group, which has about 18.4 per cent of its shares, has protested the switch. In a sharply worded letter to the company, his Cyrus Investments has called it a ‘mala fide’ move designed as a ‘weapon to oppress’ minority shareholders. Mistry has also appealed to the National Company Law Appellate Tribunal to strike it down. The stakes for him are high, no doubt. The most substantive difference that going private makes is that the company’s shares can no longer be freely sold to others, not even in deals cut across the table. A transfer of the slightest slice of ownership requires an overall consensus among owners. While this tightens the screws on its equity and locks everyone in, so to speak, another provision that’s now applicable lets the firm’s leadership take a larger set of decisions without everyone’s nod. Taken together, these could trap a Mistry at war with Tata between a rock he can’t budge, at least not on key business moves, and a hard place from where he has no exit except on the majority owner’s terms. Being Cyrus, as the saying goes, is never easy.

What might somebody in Mistry’s place do? Hunker down and watch the Group’s performance under its new leadership, perhaps. Most Tata stocks have been on an upswing ever since N Chandrasekaran of TCS took charge at Tata Sons. The software major that’s held the Group in good stead all these years might be faced with a few global headwinds these days, but its strategic course is cause enough for optimism. More impressively, Tata Steel has managed to slough off much of the deadweight it was saddled with by its European expansion. While its debt burden remains heavy, its recent 50:50 merger deal with ThyssenKrupp promises to relieve the steelmaker of a big headache in Europe without having to give up its stake in a market that is far likelier to stage a recovery than most Eurosceptics care to admit. In all, its outcome could yet justify Ratan Tata’s big leap of globalisation and come to spout ever larger dividends—the raison d’etre of any business.

If Tata’s rejuvenation plan happens to flounder for some odd reason, it won’t just be Mistry but millions of other minority shareholders who’ll be calling for a change at the top. For now, patience might well pay off, with Tata Sons’ new privacy lending it just the cohesion it needs to forge ahead. The holding company is still accountable to all Tata shareholders, even if only indirectly so. This spells its own reassurance.