Of Natural Wealth and Auctions 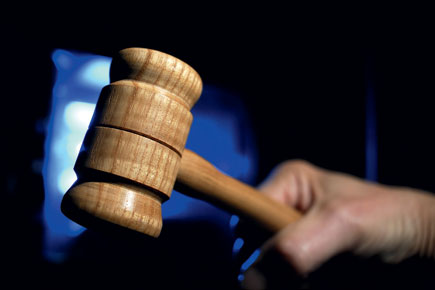 
India’s expanding economy has exerted enormous pressure on its natural resources, often leading to its unethical exploitation that has resulted in violent clashes in tribal belts. In this context, the recent Supreme Court ruling on the 2G spectrum case assumes significance. The court not only cancelled the dubious allotment of 122 telecom licences, it has underlined an evolving definition of ‘natural resources’ and highlighted the State’s duty to ensure their use for the common good. “The jurisprudence on scarce natural resources recognises that these resources have necessarily to be exploited for the betterment of citizens and must not be concentrated in a few hands,” say lawyers Alok Prasanna Kumar and Zoheb Hossain. The Constitution’s exposition on the matter is no homily nor ideological canon, they add, it is a governance imperative that enjoins the State to ensure that democratic institutions and public welfare are not compromised by the ‘resource curse’.

With the private sector an active participant in the economy, conflicts over what is ‘private’ and what is ‘public’ interest are bound to arise. With no comprehensive law that defines ‘natural resources’, the Judiciary has played adjudicator. In a cricket telecast dispute back in 1995, the apex court held that airwaves/frequencies are a natural resource. In 2011’s Reliance case, it upheld natural gas as being in the same category. In the present 2G case, it has observed that ‘even though there is no universally accepted definition of natural resources, they are thought of as individual elements of the natural environment that provide economic and social services to human society.’ Airwave spectrum, it added, has been internationally accepted as a ‘scarce, finite and renewable natural resource’ and has high economic value on account of the telecom boom. On its ownership, the court has invoked the doctrine of public trust that obliges the State—as the legal owner on behalf of its people—to adopt the principles of ‘equality’ and ‘larger public good’ while awarding spectrum to private parties.

In the 2G case, the court has directed the Centre to re-allot the 122 licences via an open auction to ensure transparency in allotment. However, realists argue that since spectrum scarcity is partly artificial (the State has released very little bandwidth), auctions only result in absurdly high bids, pushing telecom tariffs beyond the common man’s reach. “The flipside of an auction is that it ensures that those who overestimate the value [of resources], win,” agrees Prasanna, “When you say ‘scarce resources’, you can’t have cheap access to it. Nonetheless, this dichotomy can be resolved by making efficient use of it.”