It’s one of the most audacious auditing attempts on earth, putting nature on the balance sheet. Pavan Sukhdev, head of the UN Green Economy Initiative in Nagoya talks about India’s move towards a natural wealth economy 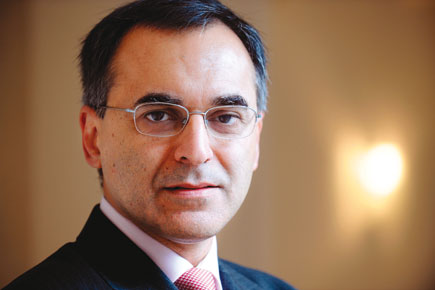 Pavan Sukhdev, head of the UN Green Economy Initiative in Nagoya, has taken up one of the most audacious auditing attempts on earth, putting nature on the balance sheet.


It’s one of the most audacious auditing attempts on earth, putting nature on the balance sheet. Fitting all the world’s forests, oceans, animals and plants into a ledger, a United Nations report has just revealed the invisible economic forces of nature. When you count $213 billion of pollination services provided by insects and $172 billion of human welfare endowed by coral reefs, your view of the global economy suddenly transforms.

India is one of the first countries to adopt green accounting. This was announced in the presence of 200 countries attending the Convention on Biological Diversity in Nagoya, Japan. Pramila N Phatarphekar spoke to Pavan Sukhdev, head of the UN Green Economy Initiative in Nagoya about valuing biodiversity and India’s move towards a natural wealth economy

Q You were a banker till 2008. How did you become an ecosystem economist?

A It started as a hobby. Three friends and I wrote the green accounts of a few Indian states in 2003. (They were Rajeev Sinha from Arizona State University, Sanjeev Sanyal from Deutsche Bank and P Yesuthasan, formerly of the RBI.) Few people appreciated this. But the Supreme Court did use our work. Internationally, it was considered high quality, and the Group of Eight countries and five emerging economies commissioned this study on the global economics of biodiversity loss in 2008.

Q Is ecological accounting a sign of highly troubled times where even nature must be priced in dollar terms?

A Nature cannot be priced. It cannot become ‘supermarketised’ with rivers and forests being sold like bread and eggs. Nature can only be valued, and what we’re doing is valuing ecosystems so they can be included in a nation’s planning, business and day-to-day behaviour. Sadly, since its resources come to us for free, nature’s been economically invisible so far. There’s been no valuation of its role in something as life-saving as flood prevention and crop pollination.

Q Your views on India being one of the first countries to put nature on the national balance sheet?

A The world is delighted with India’s response and Jairam Ramesh’s initiative. It wouldn’t have mattered as much, if, say, Belgium had agreed. What matters is that India and Brazil have, because this establishes key issues such as the dependence of the poor on natural capital. At long last, there’ll be some sense in the information we’re using for forest conservation. Till now, the Government’s been bombarded by people who think the answer is privatisation. That does not work! Privatising public property does not lead to conservation. Communities on the ground know this.

To my mind, the question is can a developing country flourish without ecological accounting? Look at all that nature provides people. Flood prevention, drought control, flow of nutrients and freshwater to fields, leaf litter for the cattle and goats of farmers, collection of fuel wood by the poor, and use in cooking— these are all ecosystem services.

We’ve calculated that 45-89 per cent or more than half the livelihood income of poor households comes free from nature.

Q How did you actually go about calculating the value of, say, a bee?

A Bees don’t send you invoices. We couldn’t actually go about computing the value of a single bee. We look at it in terms of pollination services that bees perform for free. In China, due to the severe loss of bees, they pay people for hand pollinating crops. This payment is what we call pollination services.

But all bees aren’t created equal. They pollinate different crops and produce different quantities of honey. These must be overall values.

Yes. It is impossible to calibrate each species. We don’t have total knowledge about what each bee can do and what it costs. We base this on an overall valuation of pollination services.

Q Your views on the 40 mining leases granted in areas around the Sariska Tiger Reserve?

A Sariska was the first reserve to admit it had lost all its tigers. Without this apex species, local communities lose interest in conservation. Worse yet, people still have to earn a living once you destroy the ecosystems. The Government should start with Sariska as a protected area valuation. This will demonstrate what the poor are receiving for free which will be lost. None of this loss is reflected in the GDP. And though the GDP of the poor may not be large, it is important.

Q So, to reduce poverty you have to conserve…

A Absolutely. Beyond ecosystem services, consider how nature supports both health and education. In Bangladesh, about 400,000 village homes use solar electricity. This allows kids to study at night. These kerosene-free lamps are better for health. That is the solution. To tap natural reserves naturally. Not building massive roads in forests.

Q Would ecosystem accounting recognise the role of the poor in providing benefits to all?

A Definitely. This is what we’re talking about in Nagoya. We believe local stakeholders—especially tribals and people who live around forests—are custodians who maintain ecological infrastructure. Governments budget for the roadways authority to look after surface transport, a water authority to look after reservoirs, and for electricity. But guess what, the reservoirs are fed by the forest that ensures the water is there. We have to treat the forest as infrastructure and invest in it and the custodians of these resources.

Q Without nature on the global balance sheet, how much capital is unaccounted for?

A This is in the multi-trillion dollar range.

Q Lots of data on nature is missing. We’re always losing species and their habitat. Is this estimate accurate?

A These are inaccurate. We don’t know how much is actually being lost. The reality is that 8 out of 18 ecosystem studies we did were based on land-based biomes. Recently, another study came out by TruCost for the UN, which says the cost of doing business as usual is costing society $2.2 trillion annually as we keep mining and developing. Big numbers don’t mean much. There is no post called President of Earth who can solve this.

Q How can it be tackled?

A We have to fix this at local levels. Borivali National Park in Mumbai provides 8 per cent of the water supply to one million people. That is the value of the Borivali forest as a recharge and catchment area. It’s a local question for which the local government must be made accountable.

Q This Diwali, should India worship Lakshmi’s lotus and lake as signifiers of collective wealth?

A (Guffaws) Yes! Saving the lake is vital, otherwise there would be no lotus!