Keep Your Eyes on the Road…

A government panel is keen on yanking people off their mobikes and out of their cars, and stuffing them instead into buses and metro tubes 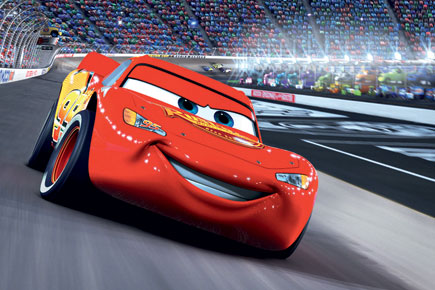 A government panel is keen on yanking people off their mobikes and out of their cars, and stuffing them instead into buses and metro tubes


Any society that sees itself as a society is susceptible to sudden collectivist impulses. Might this explain why a government panel is so keen on yanking people off their mobikes and out of their cars, and stuffing them instead into buses and metro tubes? The panel reportedly wants to slap a new tax of upto 20 per cent on India’s already overtaxed private vehicles. That’s not all. It also proposes a ‘green cess’ of 4 per cent on a vehicle’s insured value and a ‘green surcharge’ of Rs 2 per litre on petrol.

The panel’s goal, in itself, is noble. It wants to save the planet by raising money—an annual Rs 40,000 crore for a start—to fund ever more bus services across the country. And those who examine the panel’s report for fingerprints of Professor Dinesh Mohan, whose idea of bus-only street lanes has stretched Delhi’s limits of possibility by turning its traffic even more hellish, would be disappointed; the panel was led by Urban Development Secretary Sudhir Krishna, not Mohan.

Now, cheap finance for metro networks is not hard to come by. China’s metro-maker NorinCo, for example, has the savings of an enormous emerging economy to back its foreign forays. Bus makers like Tata Motors are also quite good at arranging easy loans. Funds, really, are not a big issue. In other words, the panel’s tax proposals are aimed squarely at squeezing private wheels and greasing public ones.

Alas, such collectivist ideals can charm as much as harm a country. In his 1999 book, Business @ the Speed of Thought, Bill Gates offers individualist impulses as a reason for America’s success. He cites the space race of the 1960s. While the Soviet Union was first off the pad to put a man in space, American astronauts doggedly refused to be packed off the way Yuri Gagarin was, as a sort of caged canine aboard Vostok 1. They insisted on manual controls of their own to pilot their craft, Gates writes, and that’s the attitude that saw the US leap ahead.

Gates has a point you needn’t go to individualist extremes—think of Steve Jobs’ refusal to have a licence plate on his car—to appreciate. Creativity is rare among those who think alike, and collectivist policies often end up pushing people to do exactly that. So, while it would be great if Indians could share urban spaces shoulder-to-shoulder as equals, it is shortsighted to punish people for wheeling themselves around the way they fancy, be it a Mughal whirligig or horse-happy Ferrari. And don’t forget Murphy’s Law. “If you’re going hard enough left,” as Doc Hudson tells Lightning McQueen in Cars, “you’ll find yourself going right.”