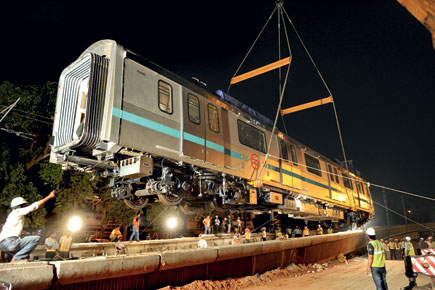 
Financially, two sectors are made for each other: insurance and infrastructure. Insurers, with long-dated payout obligations, need to invest their clients’ money for long periods of time. Infrastructure developers, with long-gestation projects, need loans that span decades. It makes sense for the funds of one to be used for the other. This is especially so of India, which needs an estimated $1.2 trillion spent on general infrastructure over the next five years to sustain its economic expansion, and for which government resources alone are quite clearly inadequate.

The problem has always been a risk mismatch. Insurers demand safety. Infrastructure is risky. So, as Phani Sekhar of Angel Broking says, while insurers are “flush with funds”, regulatory constraints mean that they “cannot invest in infrastructure projects as few of them are endowed with triple-A ratings”. Such projects tend to bear risks of varied kinds, rely heavily on debt funds, and are usually rated less creditworthy than others.

In response to that mismatch, the Government wants to use the risk-mutualising logic of insurance for infrastructure projects: to reduce exposure to individual risks, pool them into a larger whole; this way, so long as most projects come good, no investor is hurt. This explains the Infrastructure Debt Fund (IDF), which the Centre has set up to refinance operational projects that are currently working on regular bank loans. The IDF, of course, will have its own credit rating, which would make it easier for insurers and other investors to pick up bonds issued by it.

As Ashvin Parekh of Ernst & Young says, investors make a distinction between the construction and operational phase of projects (which are often under different entities), and since the former is far riskier, low-risk investors like insurers would invest only in the latter. Says he, “The longer duration and less risk associated with the operational phase suits the investment profile of the insurance sector.” Since most payouts that insurance companies make are on the maturity of policies rather than the untimely occurrence of ‘risk events’, their payment obligations go far into the future. And they must have the money to pay once the time comes.

India’s big infrastructure challenge, however, is one of building what the country needs, not running what has been put up. Right now, it is regular banks that fund most infrastructure construction. Will such bank loans, hived off as bonds, find a market too?