Indian Gas Pricing: Still as Hazy as Ever 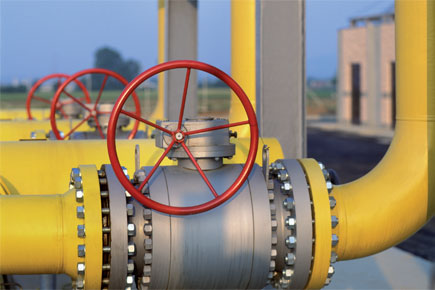 
In India, discovering natural gas seems less difficult than pricing it. Private producers are keen on market prices. Gas users are keen on low prices. Policymakers are keen on a balance they seem unable to strike. A recent government committee headed by C Rangarajan, chairman of the Prime Minister’s Economic Advisory Council, looked into the issue and gingerly recommended a price of just above $8 per gas unit, about twice the current State-mandated price of $4.2 that private producers charge for supplies right now.

Even Reliance Industries Ltd, India’s dominant private producer, has professed displeasure with the $8 per unit proposal. It is too low, it believes, and has demanded a price in the range of $12-14, which it says is in line with global gas market prices. This particular company’s opinion matters because it operates India’s largest gas field in the KG Basin off the Andhra coast, and can potentially pump up supplies to more than thrice its current level. In fact, it was producing quite a lot till some while ago, and sector watchers see an uncanny correlation between Reliance’s output crash of 2012 and its unhappiness over the State-held price.

What is an optimal price? Nobody can say. The Rangarajan formula takes an average of American, European and Asian prices as a price for indigenous gas. This poses a problem, for it does not address the issue of price volatility. After Fukushima, for example, Japan’s use of gas for power generation has shot up, sending Asian gas to $16 per unit, the world’s highest and about four times American gas. Also, as Powell warns, “If we link the price of indigenous gas with international benchmarks, then passing on dollar-linked volatility to regulated sectors like power and fertiliser would be a big political risk.”

Arriving at a pricing policy is critical to India’s energy needs. The country is woefully short of gas. The Twelfth Plan, says Powell, is pessimistic on using gas to generate electricity. By 2030, the Plan expects just 3 per cent of India’s power from gas, down from 7 per cent now. The Centre appears to be giving up on gas—a relatively green fuel—as an input for the power sector, and what it has in mind by way of reforming the heavily subsidised fertiliser sector is unclear.

All that is clear about gas is that KG’s is a ‘national resource’, as the Supreme Court has ruled.