The art of the megalopolis 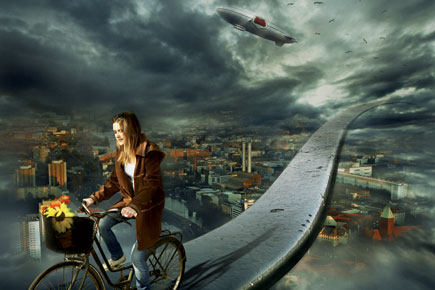 The art of the megalopolis

Recent studies project that India will face unprecedented urbanisation over the next few decades—350 million Indians will move to cities by 2030. This number is likely to double to 700 million by 2050. This is 2.5 times the size of the current US population and will be the largest urban movement in the world. This implies that every minute during the next 20 years, 30 Indians will leave rural India to settle in urban areas. The late management guru CK Prahalad had emphasised the urgent need for India to create 500 new cities to accommodate and offer its urban settlers higher quality lives. Otherwise, every existing city will become a slum by the time India turns 75 in 2022.

This is a unique opportunity to plan, develop and build a new India that is ecologically and economically sustainable. Historically, urbanisation has propelled the growth of national economies. Almost 75 per cent of global economic production takes place in cities. In several emerging economies, urbanisation has helped lift vast segments of the population above the poverty line. However, urbanisation is accompanied by a voracious consumption of natural resources. Cities occupy 3 per cent of the earth’s land surface, house half the human population, use 75 per cent of the resources and account for two-thirds of all energy and greenhouse gas emissions. If developing countries emulate the model of developed countries, a resource base as large as four planet Earths would be necessary to support their growth. Alas, we have only one planet Earth. We therefore require a paradigm shift towards sustainable urbanisation. This necessitates innovative thinking and planning.

Cities are centres of growth, innovation and creativity. In today’s world, it is not countries but cities that compete for resources and investment. The GDPs of New York and Tokyo are at par with India’s. Not a single Indian city figures in the top 100 cities of the world. Mumbai ranks 114th and Delhi a dismal 214th. The future of India’s growth lies in the dynamism and vibrancy of its cities. In India, farming accounts for more than 58 per cent of its workforce but for only 14.2 per cent of GDP. Agriculture can sustain a growth rate of 3 per cent while the Indian economy must grow at 9-10 per cent to lift vast segments of its population above the poverty line. No country in the world has grown on a sustained basis for long periods on the back of its agricultural sector. It is therefore inevitable that people will migrate from rural India to towns and cities.

Like China, India has been a reluctant urbaniser. India’s freedom movement and Gandhian worldview were rural development oriented, with the village seen as a self-sustained economic unit. China’s peasantry-led revolution was similar. In the early 1870s, China realised that its economic growth and employment creation could not be achieved through the agricultural sector. It recognised urbanisation as an essential feature of economic development and a major component of industrialisation and modernisation.

For China, economic development was, in essence, about shifting people from sustenance farming to manufacturing, and urbanisation was the spatial manifestation of this shift. As a policy, it adopted rapid planned urbanisation with manufacturing as the key locomotive. The development of new cities and expansion of existing ones has been a dominant feature of China’s growth in the last three decades. Starting with the development of a planned city in Suzhou in partnership with Singapore, China has gone ahead to develop a large number of new cities through a successful business model that monetises land value. In fact, mayors have been competing with one another to create new cities and successful mayors have gone on to rise rapidly in the Communist Party hierarchy.

In contrast, Chandigarh and Gandhinagar are India’s only post-independence cities. The only major urban scheme India has launched in its entire planning process is the Jawaharlal Nehru Urban Renewal Mission. By 2020, according to a recent report, India will face a housing shortage of 30 million dwelling units, even as 200 million water connections will be required, 350 million people will need sewage facilities, 160 GW of power generation capacity will have to be added, and the number of vehicles on roads will increase fivefold. There is an overriding need to set up greenfield cities and revitalise India’s existing urban agglomerations. Failure on this front would seriously retard India’s growth.

While India is a late starter, it has significant advantages of being able to use technology to leapfrog a few stages of development and learn from good practices in other parts of the world. When cities were made in America, gas and water were cheaply available; vertical utilities were created and cities were made for cars and not people. India needs cities that are compact, dense and vertical, have efficient mass transit systems and invite people to cycle and walk. Today, digital technology enables us to create intelligent and smart cities with a central command room, horizontally managing power, water, transportation and public safety.

A smart city integrates technology with critical infrastructure components and services to make urban development more intelligent, better inter-connected and highly efficient. In essence, a smart city is an improvement on today’s city both functionally and structurally, using information and communication technology as infrastructure.

The key opportunity is the deployment of digital technology for urban planning and execution as well as routine operations of the city. This entails digitisation of all city systems and the installation of relevant instruments to measure and monitor a set of indicators in real time. Inter- connectivity allows different parts of a core system to ‘speak’ to one another and thus turn data into information. Analytics then translates this into real knowledge that offers a kind of control panel for well-informed decisions to be taken. Thus, smart cities are about connecting people, processes, data, etcetera, to improve the livability of cities.

While the concept of smart cities has evolved, its essence has remained constant: the use of information and communication technology to address urban challenges.

Smart city concepts have been executed across several sectors worldwide. The city of New York has launched City 24/7, an interactive platform that integrates information from open government programmes, local businesses and citizens to provide meaningful and powerful knowledge anytime, anywhere, on any device. City 24/7 delivers the information people need, where and when it helps them most. The city of Amsterdam has worked on public lighting as a transition from analog to digital, from fluorescent light bulbs to solid state lighting—all connected to an energy grid through a variety of last mile access technologies. It is estimated that a switch to LED technology can generate energy savings of about $170.5 billion, a sum equivalent to the elimination of 640 medium-sized power stations globally.

The new Industrial Cities being developed along the Delhi-Mumbai Industrial Corridor have integrated smart city planning with the geographical planning process. These cities are using technology as an enabler and for infrastructure integration. This convergence of smart technologies across urban planning and engineering will be replicated in industrial cities in other corridors such as Chennai- Bengaluru, Bengaluru-Mumbai and Amritsar-Kolkata as they evolve and expand. A similar approach needs to be taken across existing municipal zones as an integral component of the Jawaharlal Nehru Urban Renewal Mission.

As India urbanises, it will face severe challenges. But there are huge opportunities in developing new Smart Cities and converting existing urban settlements into Smart, Intelligent and Connected Cities. Not only will this place the economy on a trajectory of sustainable growth, it will make a dramatic impact on the quality-of-life of the country’s urban citizens in the decades ahead.

Amitabh Kant is secretary, Department of Industrial Policy and Promotion. These are his personal views

Amitabh Kant
Amitabh Kant is CEO of NITI Aayog. He is the author of Branding India: An Incredible Story