Smile and move on please 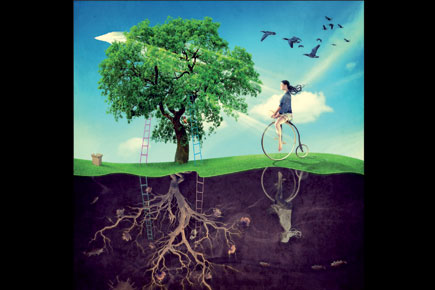 Smile and move on please

In 1972, Jigme Singye Wangchuk, sovereign ruler of the Himalayan kingdom Bhutan, declared his intent to increase his country’s ‘Gross National Happiness’. This was in accordance with Bhutan’s original governance code of 1729, which categorically proclaimed: ‘If a government cannot create happiness for its people, there is no purpose for the government to exist.’

A lot of water (and happiness) has flown since from the mighty Himalayan peaks. In the past four decades, tiny Bhutan has proved what its focus on the happiness of its citizens is worth; so much so that the world’s most powerful and economically sound nations are beginning to look at the economics of happiness. Many world forums have instituted various surveys to assess and capture it: the ‘Gross Happiness Index’, ‘Global Happiness Ranking’, ‘Annual World Happiness Report’, ‘Happy Planet Index’, etcetera. Each of these surveys follows a different methodology that measures different parameters of happiness. As a result, the published lists do not always show the same rank for a particular country. However, India invariably finds itself at or near the bottom of most such lists.

Not that I need a list to tell me how happy we Indians are, collectively, but seeing this sad truth in black-and-white hurts my sensibilities (and happiness). I feel disturbed about my country’s image in the eyes of citizens of other countries, and fear their reflected judgment heaped upon me as an Indian.

I often wonder if it is fair to put the onus of my happiness on my country’s government, and the answer is always ambiguous: I dilly-dally between a ‘yes’ and a ‘no’. If I can’t even ensure my own personal happiness at all times, how can a government ensure the happiness of one billion people plus? It seems like a herculean task.

The task is herculean because successive governments have neglected common citizens (and their happiness) for centuries. Whatever hope we had of our own brethren in exalted offices of power, too, has been shattered time and again. In 2014, we find ourselves in a space where unhappiness triggers weigh upon every aspect of our lives.

I do not wish to dwell on what has got us to this sad state of affairs. The optimist and activist in me would like to focus on how we cannot go any lower than this, with India scoring so poorly on happiness, and so how the only way forth is upwards.

What makes me so optimistic? Well, there are several reasons. But the foremost of them is the present political environment, which has been shaken to the core by some players. India’s General Election of 2014 will change the face of this country’s polity. Of this, there is little doubt.

What (unasked for) advice would a person like me offer the country’s new government? Well, I would invite it to take a look at all the triggers of unhappiness and happiness, and decide for itself how it could minimise the former and maximise the latter.

Let me list my triggers. These may not be exhaustive but are indicative enough:

n Fear: in any form, this is a big trigger. In fact, happiness cannot co-exist with fear. As a nation, we live with fear for our women, men and children. We are fearful that if we voice our disapproval, we will be labelled, ostracised, or even killed. We fear that the hard-earned money we pay in taxes will be looted or wasted. We fear that justice will be either delayed or denied.

n Perceived freedom to make life choices: we need the per sonal space to be who we are and do what we love to do. The loss of this freedom generates negative emotions.

» Fulfillment of basic needs: a function of our perceived well-being and comfort

The role of governance in ensuring happiness has a broader context as well. As an old dictum has it, ‘Yatha raja, tatha praja’ (as the king, so the people). So the country’s rulers, even as they act on their mandate as the people’s elected representatives, must lead by personal examples of honesty, empathy and transparency, in addition to honouring the above-listed happiness triggers in their own lives, interactions and fields of influence. They will have to let go of coteries, corruption, sycophancy, nepotism and the politics of self-interest and entitlement. Existing systems need to be overhauled, laws need to be simplified, speedy justice needs to be delivered, the environment needs to be protected, and lives need to be respected. It can be done. As the Father of our Nation said, “There is enough in this world for everyone’s need but not enough for even one man’s greed.”

The new government will have to find innovative ways to shift the balance of triggers. To set the process in motion, it must encourage self- introspection at large. Introducing meditation or silent contemplation, in every area and at every level, could work as a transformative tool.

How will this help economic growth? It is very simple. You don’t need to be an economist to understand that happy people are more productive, receptive, cooperative and energetic. Every economy is dependent on the exchange of what human energy produces, and expands in direct proportion to the energy, ideas and desires of human beings. The happiness of a country’s citizens, thus, can uplift an economy.

Bhutan has already set an example. The current economic thought process tells us that we have to be wealthier and gain better access to goods and services to be happy, but the truth is that when we are happy abundance follows in its wake. Let us not put the cart before the bullock. Let us make happiness a valuable driver of the economy.