Here’s a Trust Vote for an Open Market

Let’s face it, market forces deserve a chance as agents of change 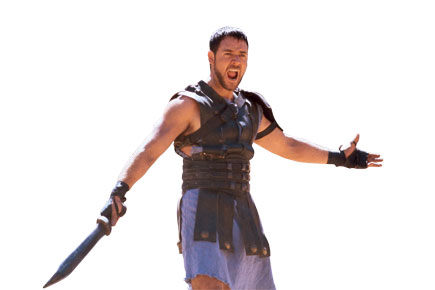 Let’s face it, market forces deserve a chance as agents of change


Well, well. Whaddyaknow, the ‘functional anarchy’ that is India might yet pull it off: open up Indian skies, power lines, airwaves and retail counters to the world by democratic consent rather than executive stealth. For India’s Government, letting in foreign supermarkets has been an especially hard call. After all, any policy that aims to serve broad interests at the cost of narrow ones is sure to face resistance, and so it has been. Arguments over aims and interests in the retail sector may go on forever, but, let’s face it, the only way to assess a policy’s long-term impact is to put it to the test of actual adoption.

It would be sad if myopia messes things up again. Recall the bungle over the Budget of 1946-47, with the Congress in coalition with the League as part of a last-ditch Cabinet Mission Plan to avert Partition. India Inc, led by JRD Tata and GD Birla, had already pitched for a mixed economy (the Bombay Plan of 1944), conscious of poverty as a market handicap and keen to reverse the State’s neglect of equity as an imperative. But Finance Minister Liaquat Ali Khan (of the League) came up with a tax-and-spend budget that put off Sardar Patel’s own little league of crony capitalists so badly that the Congress rejected it, and that was that. Of course, historians argue that Partition had other causes, not least Britain’s strategic goal of a weakened subcontinent, minority fears of saffron dominance, the League’s fixation with federalism, petty power politics and mutual mistrust.

Yet, the irony of that pre-partition policy rift was the zest with which Jawaharlal Nehru adopted the same left-of-centre agenda once he got his own way as India’s leader a few years later. The mixed economy of that era was a visionary choice, arguably, and it’s the educational base and equity ethic of that idealistic extraction which has partly granted India’s economy its emergence now.

By the early 1990s, though, it was clear that State control of the economy had proven too inefficient to serve the country’s wider interests, and that freely competitive market forces deserved a chance as agents of change. They still do. But why should people out there trust an open market to come good for them all? Go by the intimacy of experience over the theory of economics. The arena of entertainment has long been open to all, and desi cinema still thrives—if gladiatorially at times—as ‘India’s love song to its hybrid self.’ Well, well.